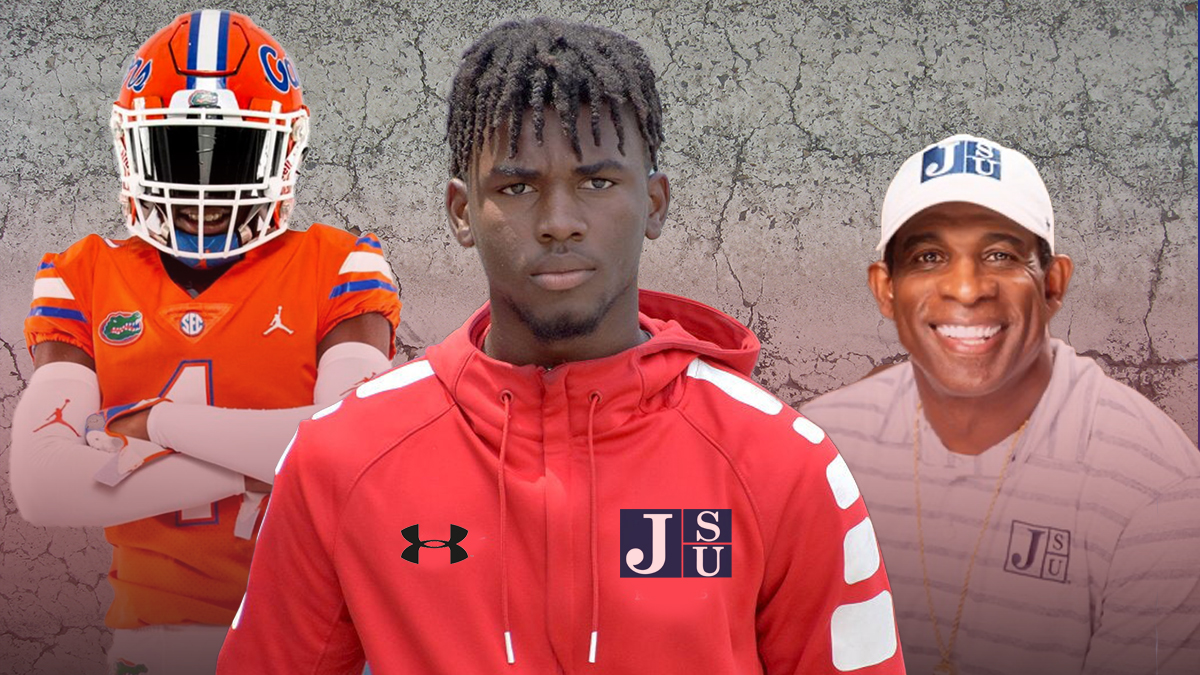 For the second time in less than a month, Deion Sanders and Jackson State have picked up a player the University of Florida seemed to have locked up.

Apparently Deion Sanders is not finished picking Florida’s pockets yet.

The former Florida State star and Jackson State coach got a big commitment on Tuesday. Former Florida commit Trevonte Rucker has committed to Jackson State. He’s rated as a four-star wide receiver in the 2020 class according to 247Sports.

Rucker stands just under 6 feet tall. He’s ranked as the 63rd best wide receiver in the nation and the 51st ranked player in the state of Florida. Gardner had 25 offers, including Power Five schools like Florida State, Arkansas, LSU, Penn State and a plethora of others. He was also offered by Florida A&M.

Deion Sanders and JSU pull it off again

Rucker is the second former Florida Gators commit to end up at Jackson State. Offensive lineman Javonte Gardner had also committed to UF before signing with Deion Sanders and Jackson State. He was part of a signing day haul that had Jackson State on top of the FCS according to several media outlets.

He’ll be teamed up with incoming quarterback Sheduer Sanders, Deion’s son, who is a four-star with four years of eligibility as well. Jackson State is also in the top eight for Keon Coleman, a dual-sport, four-star wide receiver that would be a big get for JSU as well.

The current Jackson State players reported back on Monday as JSU prepares for its spring football schedule.