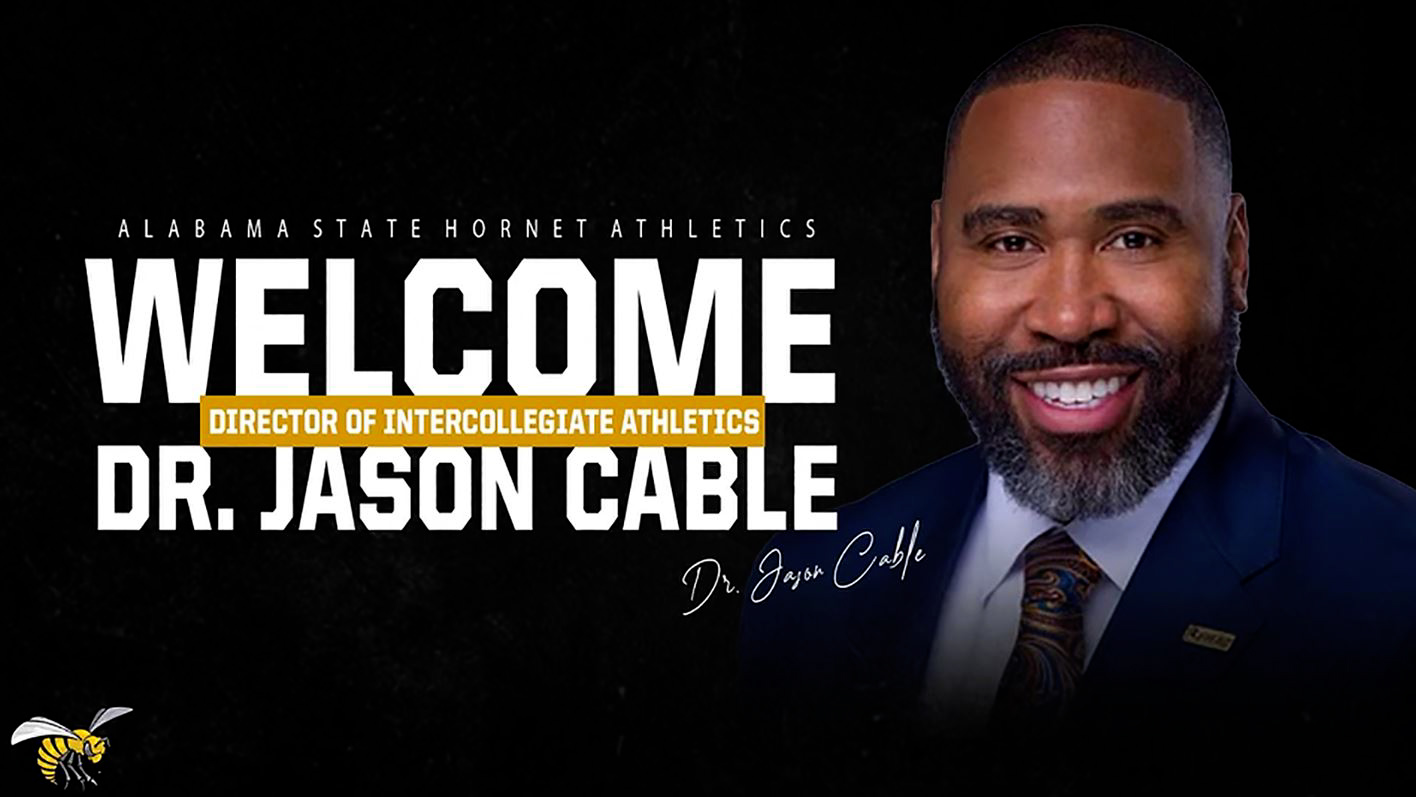 Cable takes over for the outgoing Jennifer L. Willams.

Dr. Jason Cable was named the latest Director of Athletics at Alabama State University on Thursday. Cable replaces Jennifer L. Williams who resigned this summer to accept a job at USA Basketball.

Cable leaves an administrative role at the SWAC Office in Birmingham, AL to oversee the Hornets’ program in Montgomery. He has served as the Senior Associate Commissioner for Administration in the conference office since 2018.

“We empaneled a seven-member search committee to conduct interviews and recommend the top candidate from the field of applicants,” said Ross. “Our search began in June, and the committee was extremely thorough in their approach to vetting the candidates. I would like to thank all of the committee members for their excellent work on behalf of the University.”

Cable was a basketball student-athlete at Alcorn State University and would later take on the job as an assistant coach with the program. He quickly found his calling in athletic administration. Cable has worked in various administrative capacities at Livingstone College, Savannah State University, and two separate stops at Jackson State University.

“I am honored and humbled to join President Ross and the Alabama State University family,” Cable said. “ASU has such a rich history and winning tradition founded upon the unwavering pursuit of excellence. I vow a relentless effort to build champions in everything we do. I look forward to working in partnership with our campus and business communities to provide our students, alumni, fans, and the city of Montgomery experiences that unify us and make Hornet Nation proud.”

He completed his doctoral degree from Jackson State University earning his Ph.D. in Higher Education Administration in the summer of 2019. Jason Cable will officially take over the job at Alabama State on August 16.

108
The Latest in HBCU Sports and Culture