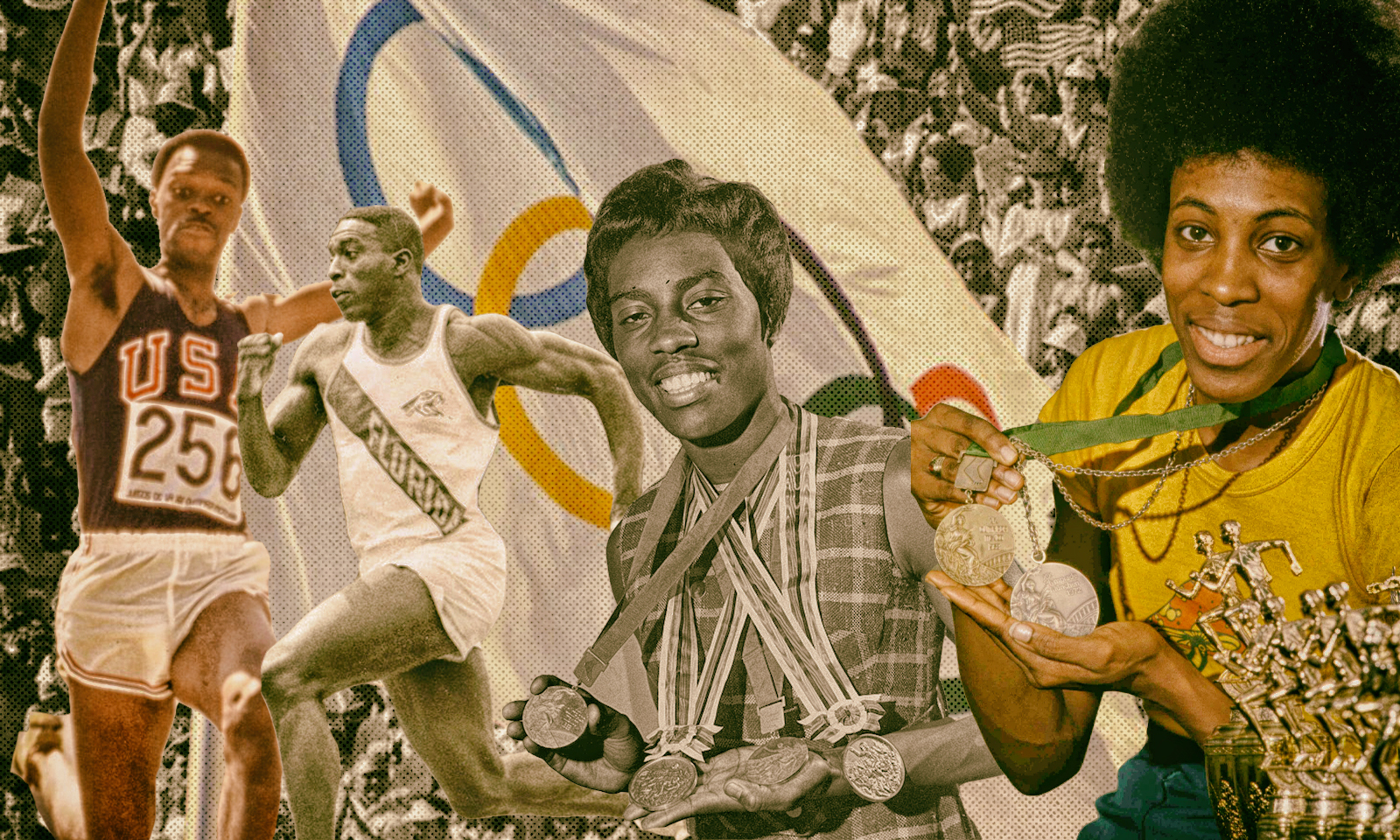 Temple led the world-famous Tigerbelles to 26 Olympic medals (15 gold, seven siver, four bronze). Forty of his ladies competed in Olympic competition including five for their native countries of Panama, Jamaica, Bermuda and Trinidad.

Temple also led the women’s track and field team at the Tokyo Games of 1964.

Finishing just behind Tyus in the 100 was fellow Tigerbelle Edith Maguire (Duvall) who went on to break Rudolph’s 200 meter world record in capturing that gold medal. Maguire then teamed with Tyus on the silver-medal winning U. S. 4 x 100 meter relay team.

North Carolina Central’s Edwin Roberts brought home a bronze medal for his third place finished in the 200 meter dash in 1964. Boston added a silver to his medal collection with the second-place finish in the long jump.

The 1968 Olympics in Mexico City had several memorable events. John Carlos and Tomy Smith‘s raised fists on the 200 meter victory stand and Bob Beamon’s incredible long jump of over 29 feet were the most noteworthy.

Perhaps overshadowed was Tyus setting a new world record in repeating as 100 meters champ, the first athlete ever to successfully defend a sprint title. She followed that up with a gold medal and world record performance in anchoring the women’s 4 x 100 meter relay team. Alcorn State’s Mildred Netter (Smith) was also a member of that relay team.

TSU’s Madeline Manning (Mims) made her Olympic debut in 1968, capturing the 800 meters gold medal. She would go on to compete in four consecutive Olympiads, serving as women’s team captain in 1972, ’76 and ’80.

The Olympic odyssey of Southern University’s Willie Davenport also began in Mexico City. Davenport, ranked as the world’s best hurdler, took home the gold medal in the 110 meter hurdles and came back in 1976 to capture a bronze medal in the same event at the Montreal games.

In the 1980 Winter Games in Lake Placid, New York, Davenport became only the fourth American to compete in both Summer and Winter Olympics as a member of the four-man bobsled team. Boston, meanwhile in 1968, completed a unique triple by adding a long jump bronze medal to his previous gold and silver medals in that event.

Politics found its way into the 1972 Munich Summer Olympics like never before. Israeli athletes were kidnapped and eventually died at the hands of Palestinians looking to bring international attention to their cause.

On the track, 100-meter world record holder Ray Robinson of Florida A&M was a no-show for his 100-meter heat as the coaches relayed confusing information about the starting time. Southern‘s Rodney Milburn gave the Jaguars back-to-back 110-meter hurdles gold medals as he followed Davenport to the victory stand. Manning claimed TSU’s only medal of the ‘72 Games as a member of the second-place, silver-medal winning 4×400 meter relay team.

North Carolina Central’s Larry Black, one of the most beautiful runners ever on the turn, took home a silver medal in the 200 meters and was a member of the gold medal winning 4×100 meter relay team. Julius Sang and Robert Ouku were members of NCC’s powerful track contingent under Dr. Walker, but competed for their native Kenya in the 1972 games. Sang won a bronze medal in the 400 meters and teamed with Ouku, a 800 meters finalist, in winning the gold for Kenya in the 4×400 meter relay.