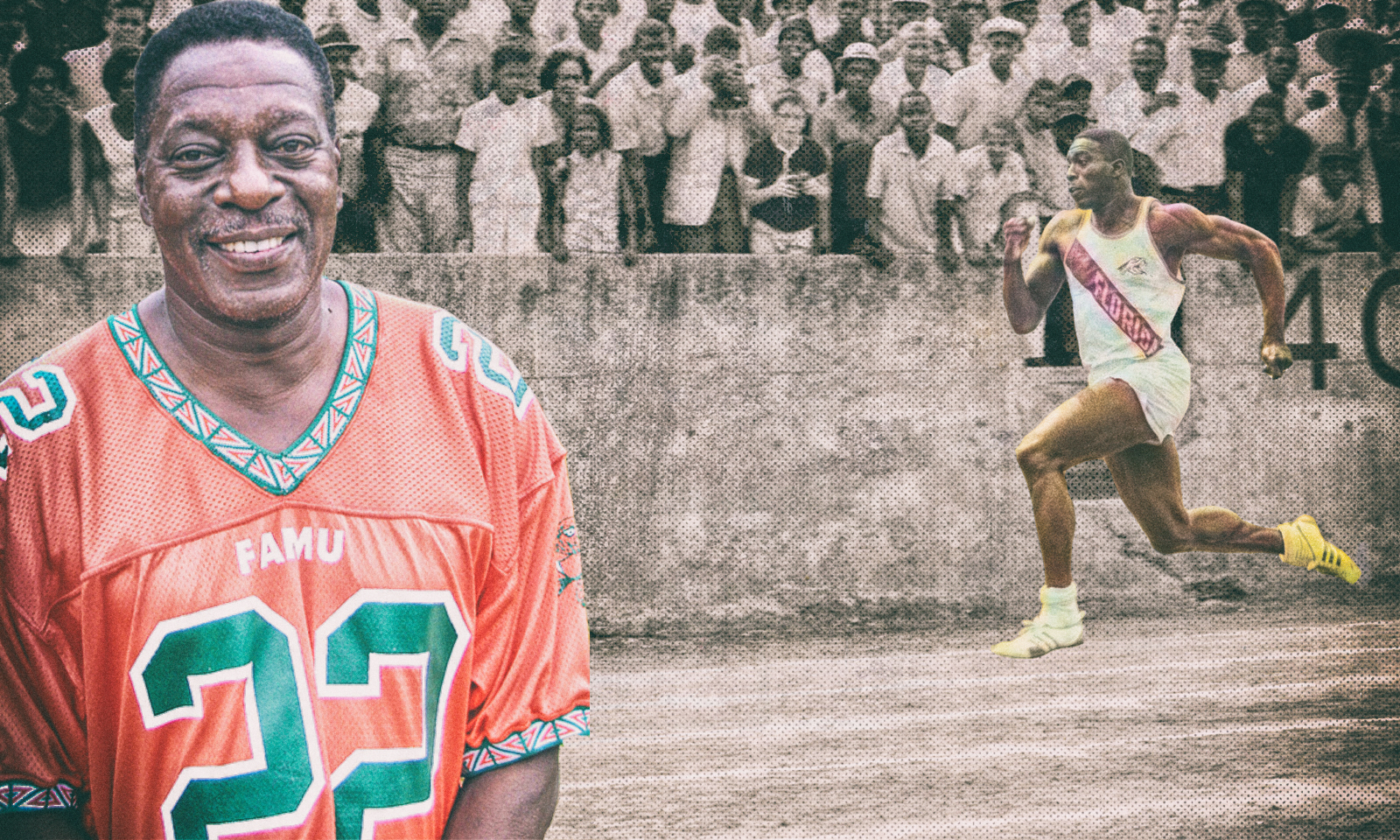 Segregation and football almost kept “Bullet Bob” Hayes out of the 1964 Tokyo Olympics. But it was destined to happen.

The last Tokyo Olympics— 1964 — the most elite athlete in the world was HBCU-bred. His name: Robert L. Hayes. But they called him, “Bullet Bob.”

Alonzo “Jake” Gaither was the head football coach at Florida A&M University and he recruited Hayes out of Jacksonville, Fla. Hayes had several offers because of this two-sport prowess. Relatives and alumni convinced Hayes that if Gaither wanted him, he need look no further for a home and he became a Rattler.

Hayes was a two-sport phenom at FAMU. With Gaither’s depth, it was extremely hard to make the Rattler football team, no matter the pedigree of the athlete entering school. Gaither would produce national championship teams and several NFL Draft picks during this segregated era.

This was the Golden Era of HBCU football

Gaither had what is famously known as three of the best teams in college football in each year he coached. The first string was called the “Blood” unit, the second team was called the “Sweat” unit and the third team was the “Tears” team. Chocked full of the top-rated athletes in the world, players knew that if they ever went out for injury, poor performance or any other reason, they might not get to play again in the orange and green. Gaither was a stickler for this tight competition.

It was not unfounded. The scenario was exactly the same at Tennessee State and Jackson State with John Merritt, Grambling State with Eddie Robinson, Southern University with Ace Mumford and Edward P. Hurt at Morgan State. During this time, superior football players were at HBCUs.

Hayes was tearing up the NCAA black track circuit. Unfortunately, with hand timing at these black college meets, Hayes times would not be declared official. Black colleges could not afford the pricey electronic timing systems.

The U Steps In

Hayes’ achievements looked sure to be discarded amid the stifling unfairness of segregation. Unless he could compete in a white college track meet, he could not be considered in the official world rankings. In 1962, the University of Miami broke the exclusion of Hayes and invited him to run in a meet on their campus. The significance of this invitation was the fact that it was in the deep south where racial tensions were at an all-time high, Miami found the courage to invite Hayes — and he didn’t disappoint. Ironically, Hayes often trained at Florida State in Tallahasse, but would not get an invitation from them to compete. Nor would he garner an invitation from the University of Florida, just two hours south of Tallahassee.

Knowing that he had but one shot to influence the world stage, Hayes entered the 100-yard dash chasing the current U.S. record of Frank Bud. Hayes ran a 9.2 and tied Bud’s record.  It was the race heard around the collegiate track world. Hayes had but one shot to impress and did he deliver!

It impressed everyone but Gaither. Teammates of Hayes, had many nicknames for him because of his speed and sparkling personality. His FAMU teammates knew him as “Crow.” Walter Highsmith, the father of former UM running back Alonzo Highsmith, played center at FAMU with Hayes and went on to play for the Denver Broncos and Houston Oilers. Highsmith contends that Gaither gave Hayes the cold shoulder when he returned from the Miami meet. Gaither famously told Hayes “I sent you down there to break the record, not to tie it.”

It was symbolic of Gaither’s tough love that made his players endear him for decades after they left the school.

Preparing for his senior year at FAMU, Hayes was offered a spot on the U.S. Olympic Track and Field team. Usually an automatic acceptance for any athlete lucky enough to receive the invitation, Gaither blocked Hayes from going to the Tokyo Olympics.

The U.S. Olympic committee made another effort to get Gaither to allow Hayes to run for the U.S. team. This time, they called Gaither directly. Gaither’s response, “He’s a football player that happens to run track,” he said. Gaither was concerned that time away from training for football in a year that the Rattlers were stacked and shooting for a national championship would mean Hayes would not be in football shape as the Olympics would run into the beginning of the season.

Hayes often said that he was only admitted to join the USA for the Tokyo Olympics with a call from U.S. President Lyndon B. Johnson directly to Gaither. Gaither would reluctantly tell the president he would consider it. Shortly thereafter, Gaither called Hayes in his office.

“You can go run in the Olympics,” Gaither told him. “But you’re going to have to earn your spot when you get back.”

Hayes never lost a 100-yard or 100-meter race in college…and the Tokyo Olympics wouldn’t be the start of anything different. Hayes cruised to the world record in winning the 100-meter dash. He had to do it in an unusual fashion. He tore his left spike shoe during warmup and had to quickly borrow a spike from a teammate before the race. Hayes’ athletic frame and unconventional running style made him a site to see. Being a football player, he was much bigger than most sprinters. As Gaither said — he was a football player first. Hayes also had to overcome an awful draw…he had to run from lane No.1. Anyone who knows about track knows that the center lanes are the most advantageous when it comes to sprints.

With that gold secured and two members of the 4×100 relay team injured, it looked dim for the U.S. team. Hayes reportedly went and recruited two 200-meter runners to round out the squad. It was a group that had never practiced handoffs together. Hayes was confident in what his team could do. This is where the legend of “Bullet Bob” was earned.

The U.S. team did its best, but it didn’t give it to Hayes close. When he received the baton in the final turn, the team was in fifth place. One reporter described Hayes leg as “an explosion down the track never seen before or since.” Hayes did the improbable…he walked down four world-class sprinters, leaving them in his rear for the last 10 meters. His leg of the relay has been split at 8.6 seconds.

The country boy from Jacksonville not only impressed the world at an event that Adolph Hitler had famously shunned black athletes at, but he also impressed Gaither. No one was prouder go Hayes than Gaither. Unable to contain himself, he went on the victory tour at Hayes’ request.

Hayes would go on to a stellar NFL career, holding several Dallas Cowboys records during his career. With Pro Football Hall of Fame quarterbacks Roger Staubach and on Meredith, Hayes would introduce a new era into the NFL.

Mike Ditka credits Hayes with forcing defensive coordinators to develop a zone coverage scheme. Before Hayes, the coverage was strictly one-on-one. At the induction of Hayes into the Pro Football Hall of Fame, Staubach said “Bob Hayes was as fast as he needed to be. There were times when I felt like I had overthrown him and he would find another gear and go get it.”

As we prepare for the 2021 Tokyo Olympics, keep in mind that the last star at the Tokyo games was one Robert Lee Hayes… ”Crow.”

750
The Latest in HBCU Sports and Culture