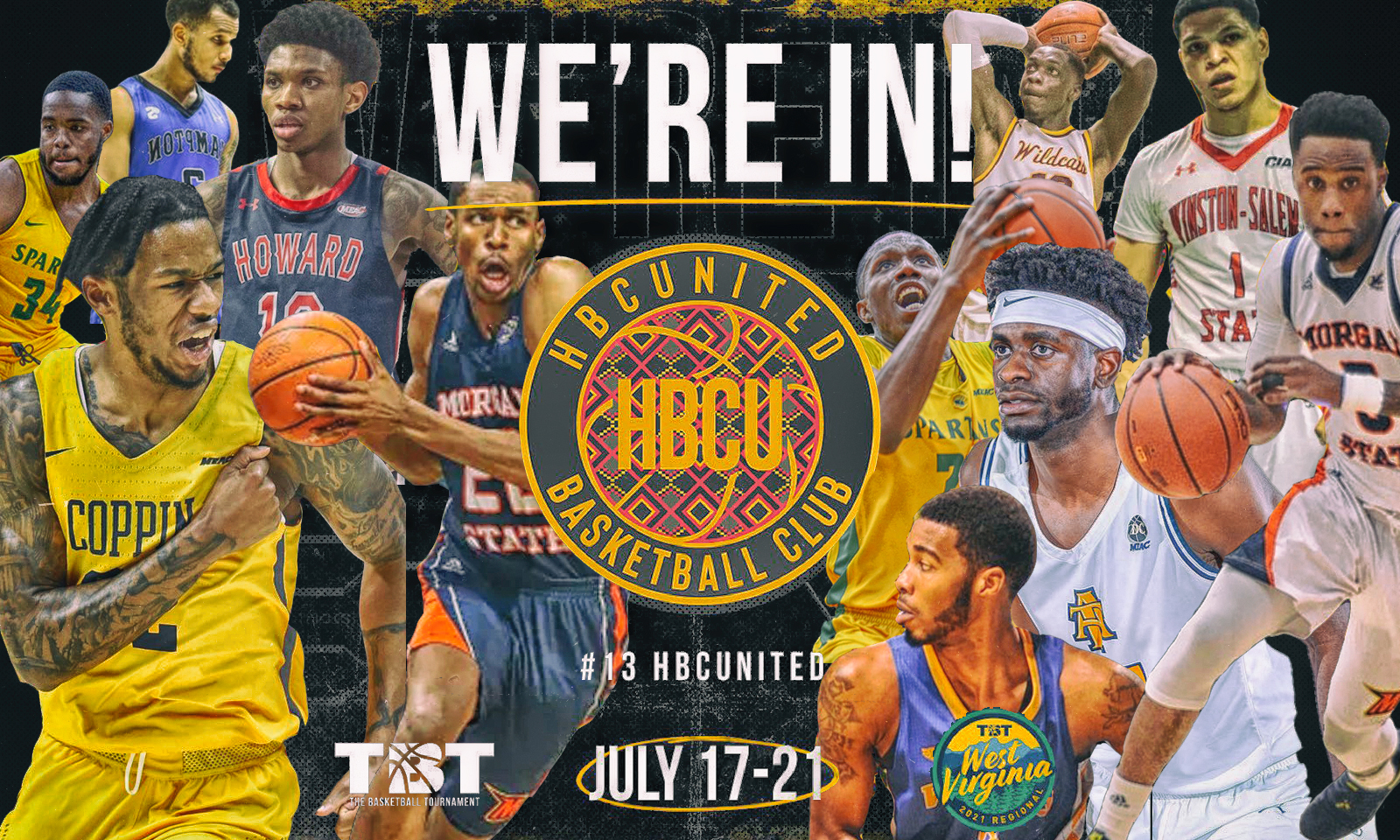 HBCUnited is scheduled to tip-off the TBT on July 18th in Charleston, WV. Their roster is complete and is loaded with HBCU hoops talent.

For the first time in the seven year history of The Basketball Tournament, (TBT) HBCUnited, an all HBCU team will be taking the court for a chance to win one million (plus) dollars.

With HBCUnited scheduled to tip-off on July 18th in Charleston, WV, their roster has been completed and is loaded with HBCU hoops talent.

Charles Williams played collegiately at Howard from 2016-20, and was a decorated player during his time there. Williams broke the MEAC scoring record, and earned First-team All-MEAC honors in 2018 and 2019, and Second-team All-MEAC in 2020.

Pope spent two years at Bethune-Cookman from 2018-20, starting 49 of 60 games during his time there. Pope earned MEAC Defensive Player of the Year honors in 2019 and 2020, as well as All-MEAC First-Team those seasons as well.

Jamerson played collegiately at Norfolk State from 2017-19, starting 50 of 69 games in his two seasons at NSU. He was named All-MEAC Second Team in 2019. Jamerson most recently played for Penarol in Argentina in 2020-21.

Lamar Morgan joins HBCUnited for TBT 2021. Morgan spent two years in JUCO at Mineral Area College before heading to Coppin State. While at Coppin State, he averaged 11.8 points and 4.6 rebounds per game. Morgan was also an all-MEAC selection during the 2017-18 season. Since leaving college in 2019, Morgan has played for Maia Basket in Portugal’s top league.

Carr played collegiately at Morgan State for three years between 2015-18, starting 85 of 87 games. He was named MEAC Defensive Player of the Year in 2017, and All-MEAC First Team in 2017 and 2018. Carr most recently played in Sweden for the Norrkoping Dolphins, and won the Swedish league title.

Ronald Jackson Jr. spent two years at Hillsborough CC before transferring to North Carolina A&T for his final two years of eligibility. While at A&T, Jackson was named First-team All-MEAC as a senior. He was named MEAC Defensive Player of the Week on two occasions and finished second in the conference with 15 double-doubles during the 2019-20 season as well. Jackson began his pro career in 2020 with BG Gottingen in Germany.

Steven Whitley commits to HBCUnited for TBT 2021. Whitley played one year at Robert Morris before transferring and spending three years at Norfolk State. At Norfolk State, he made the All-MEAC team twice and averaged 10.7 points and 4.7 assists per game.

Kendley spent two years at Lamar CC before transferring to Morgan State for the final two years of his collegiate career. As a senior, Kendley earned First-team All-MEAC honors. A training camp invitee of the Washington Wizards in 2018, Kendley most recently played in Kosovo during the 2020-21 season.

HBCUnited comes into the tournament ranked 13th in the Charleston region and will play their first game in TBT on July 18th in Charleston, WV against the 4th seeded Armored Athlete.

One of the longest standing and most successful teams in TBT history, Armored Athlete will be back for their seventh season after first debuting in 2015.

HBCUnited will play their first game in TBT as an underdog but with a roster loaded with this much talent, don’t be surprised if they leave Charleston with an upset win or find themselves splitting up the one million (plus) after taking home the 2021 TBT championship.