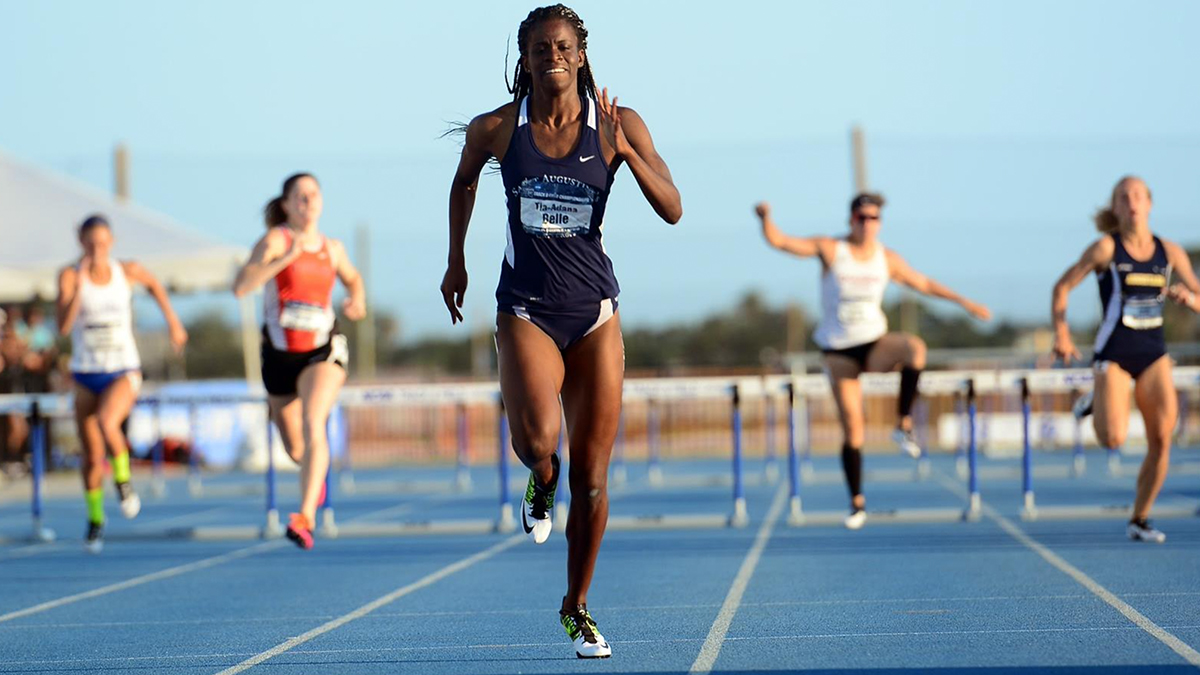 HBCU alumna to run for Barbados in Tokyo Olympics

Former Saint Augustine’s hurdler Tia-Adana Belle is set to run for Barbados in the Olympics after doing the same in 2016.

RALEIGH, N.C. (July 7) – Tia-Adana Belle is headed to the Olympics for the second time in her track career.

Belle will be one of eight athletes from Barbados competing in Tokyo, where the Summer Games will be held July 23 to August 8.

Five years ago, Belle ran for Barbados in the 2016 Olympics as a student-athlete from Saint Augustine’s University (SAU). By the time she completed her collegiate career in 2017, Belle was the greatest women’s 400-meter hurdler in Division II.

She is the NCAA Division II national record-holder (55.42) in her signature event. In fact, she owns six of the top seven Division II times in history.

Belle dominated the 400 hurdles event as a collegian, winning three straight Division II national titles from 2015 to 2017. She is one of only two athletes to accomplish the feat.

A 12-time All-American, Belle was the Women’s Outdoor Track Athlete of the Year in the CIAA and the Atlantic Region (twice). She graduated from SAU in 2018.

Belle joins Shawn Rowe as SAU graduates who will compete in the Olympics. Rowe was named to the Jamaica Olympic Team late last week.

HBCU alumna to run for Barbados in Tokyo Olympics