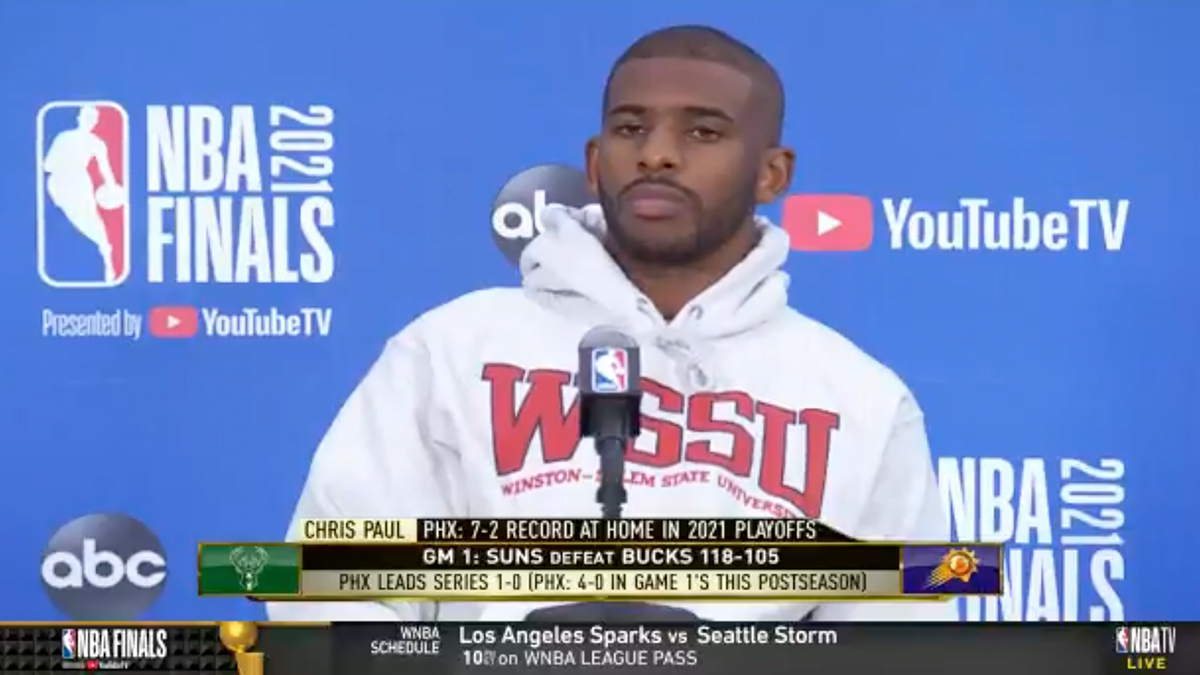 Chris Paul is pursuing his education at Winston-Salem State University while pursuing an NBA championship with the Phoenix Suns.

Chris Paul made his NBA Finals debut on Tuesday night, and it was a big one.

The Phoenix Suns guard put up 32 points and nine assists as his team defeated the Milwaukee Bucks 118-105. Sixteen of those points came in the second half. The 36-year-old guard joined some elite company.

He became just the third player over the age of 35 to score 30 points in an NBA Finals game. He joined Kareem Abdul-Jabar and Tim Duncan in that regard. He also became the first player since Michael Jordan to put up 30 points and eight assists.

Paul also joined some more elite company. He became the first Winston-Salem State University attendee to have played in the NBA Finals since Earl “The Pearl” Monroe did during the 1973 Finals. Of course, the Baltimore Bullets/New York Knicks legend actually played his basketball at Winston-Salem State, while Paul went to the other university in his hometown — Wake Forest.

But last summer Paul announced that he was taking classes at WSSU. During a visit in October to get people to vote, Paul told the students that he anticipated completing his degree and graduating from the university with them.

The day after the biggest game of his career, he wore a WSSU sweatshirt to the media availability. With the eyes of the world watching he re-confirmed that he’s enrolled at WSSU pursuing a communications degree.

This comes a little less than a year after Paul famously wore HBCU paraphernalia during the NBA Bubble, where he represented several HBCUs, including WSSU and a neighboring HBCU.

“I have a class right now at North Carolina A&T with Ms. Anita Elberse,” he said. “Just championing HBCUs trying to make sure they get that spotlight.”

Throughout the years, Paul has not only brought the spotlight to HBCUs, he’s also opened up his wallet to them. If his Suns can find a way to win three more games this series, Chris Paul will have plenty of support from HBCU students and alumni — especially at his HBCU.