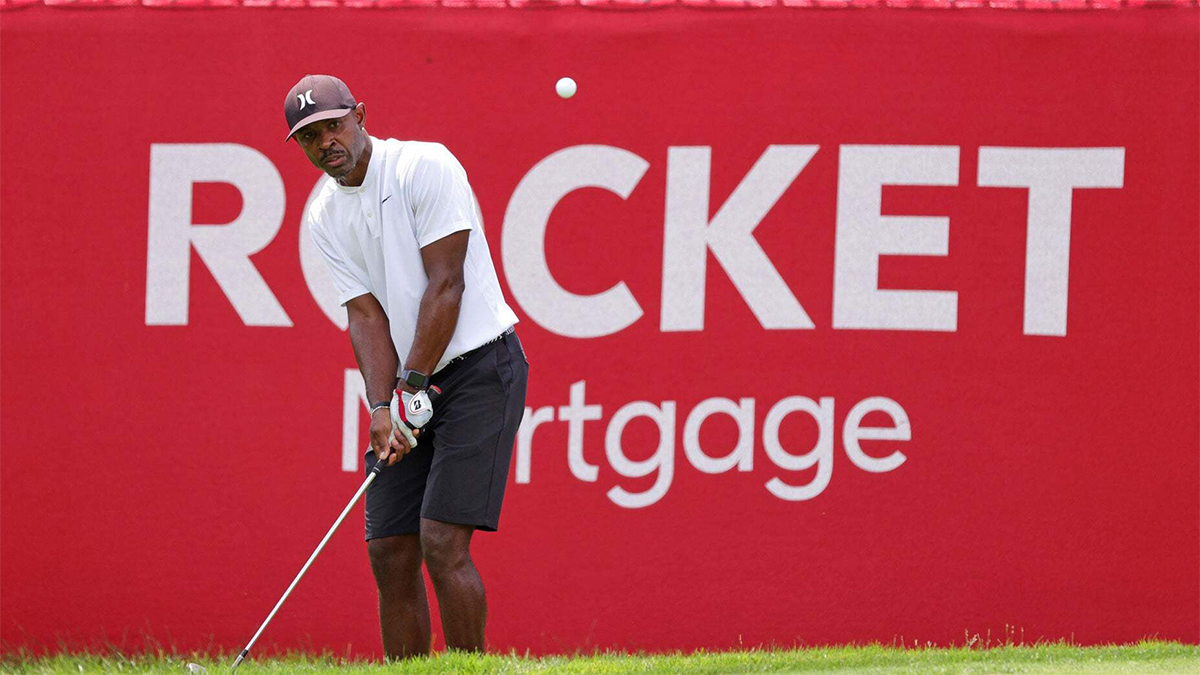 HBCU golfers have had a difficult time earning spots on the men’s PGA and women’s LPGA Tours. The opportunities can sometimes be few and far between. Those opportunities however sometimes come to fruition through perseverance and hard work.

Such is certainly the case this week for former Jackson State golfers Tim O’Neal and Shasta Averyhardt. After star-studded college careers at JSU, both have had their share of ups and downs as those opportunities have come and gone over the years.

Both took advantage of their most recent oppotunity as O’Neal was the men’s winner and Averahardt one of the women’s winners at the inaugural John Shippen National Golf Invitational, a 36-hole event held June 26-28 at the historic Detroit Golf Club.

O’Neal shot 71-68–139 to beat a field of 21 of the nation’s top black professional and amateur golfers. His victory earned a sponsor’s exemption to the PGA’s Rocket Mortgage Classic being staged this week (July 1-4) at the same Detroit Golf Club.

Former Bethune-Cookman and HBCU golfer Willie Mack III, from Flint, Mich., will join O’Neal in the Rocket Mortgage field on a sponsor’s exemption.

Averyheardt, a Flint, Mich. Native, teamed with Nigerian Anita Uwadia to shoot 73-68–141 and win the women’s John Shippen Invitational title over five other twosomes. The winning duo earned a sponsor’s exemption into the LPGA Tour’s Dow Great Lakes Bay Invitational in two weeks (July 14-17) in Midland, Mich., which is also played as a team event.

The Invitational is named after John Shippen Jr., the first American-born golf professional. He is also the first African American to compete professionally. He excelled in the game before the turn of the century. He finished fifth in the 1896 U. S. Open played at Shinnecock Hills, one of the country’s earliest clubs. Six years later, he tied for fifth at the 1902 Open at Garden City Golf Club in Garden City, New York. Shippen was the first American to finish ‘in the money’ at the U. S. Open. He won $10 for his fifth-place finish in 1896. The winner, James Foulis, won the $150 first prize.

He played in four other U. S. Opens. No other African-American played in the Open until Teddy Rhodes in 1948. Shippen spent his career as a golf professional at several clubs. He also made and sold his own clubs which bore a stamp reading “J. M. Shippen.” He passed in 1968.

According to its website, the John Shippen Invitational aims to create opportunities in golf for black men and women, ensure Shippen’s story is told and preserve his tremendous legacy. His story encompasses black history and American history. A sports business summit for high school and college students was also held virtually to encourage minorities interested in sports industry jobs.

O’Neal grinding on at 48

O’Neal, from Savannah, Ga., turned professional after a stellar college career. He helped Jackson State and head coach Eddie Payton earn national acclaim. O’Neal won 16 amateur titles including the Georgia Amateur in 1997 and led the Tigers to their first NCAA Tournament in 1996, the first HBCU golfers to earn such a berth. In his senior season, O’Neal led the NCAA in stroke average a year after Tiger Woods at Stanford was atop the same national statistic.

O’Neal, 48,  turned pro in 1997, the same year Tiger Woods won his first Master’s Tournament. He has played and found success on several secondary tours and has come excrutiatingly close to earning his PGA Tour card. He made a triple bogey on the final hole of the 2000 PGA Tour Qualifying Tournament to miss earning his card by two strokes. The Rocket Mortgage will be his eighth career PGA Tour start. He has missed the cut at the previous seven.

“I’ve been doing this for a long time, and for me, at 48, still being able to compete and being able to play means a lot,” O’Neal said after his win at the Shippen. “Hopefully, it’s gonna inspire guys not to quit and keep grinding.”

Averyhardt glad to be back playing

Averyhardt, 35, won four SWAC individual titles at JSU under Eddie Payton and five other amateur tournaments. After turning pro in 2011, she became the fourth African-American to earn her LPGA Tour status but lost it after battling a number of injuries. She won four mini tour events, qualified for the U. S. Women’s Open and played on the LPGA Symetra Tour where she won the 2012 Rising Star Award. In 2014, she stepped away from golf to pursue opportunities in the financial industry.

She returned to playing in 2017 and is competing on the Symetra Tour for the 2021 season.

“I’m appreciative of the opportunity to be back to playing again,” Averyhardt said. “Took my time off, did a lot of growing, and to have the opportunity and the support behind me this time, it means a lot, so I’m going to take advantage of it and do the best I can.”