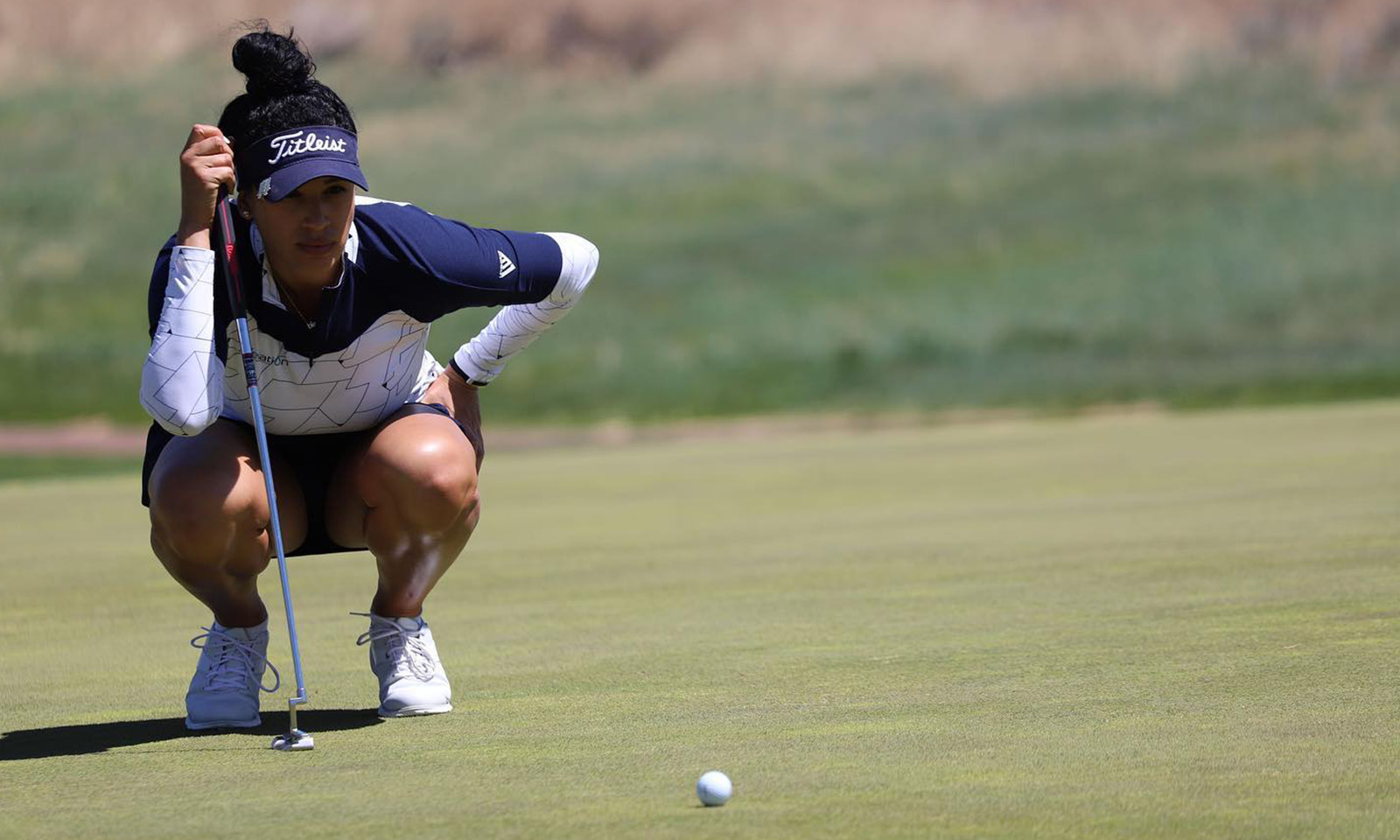 Golfer Shasta Averyhardt says her HBCU pushed her to pros

“It doesn’t matter where I went to school. I can shoot a good score.”

Shasta Averyhardt made a list of colleges and sent them video resumes of her swing as a high school senior. She didn’t send one to Jackson State. When the head coach of Michigan had a conversation with JSU coach Eddie Payton about Averyhardt, Payton contacted her father to arrange a campus visit.

At the time, Averyhardt didn’t know Jackson State was an HBCU. Coming from Flint, Michigan she was exposed to majority Black schools and just didn’t make the connection.

After her first visit, she was convinced she was not going to Jackson State. But, after making a pros and cons list, JSU rose to the top.

Even after visiting Jackson and touring the campus, it wasn’t until she attended a class called University Success and learned about the rich history of the institution that it dawned on her that JSU was an HBCU – and Averyhardt has promoted HBCUs ever since.

Beginnings as a Golfer

Shasta Averyhardt has been a professional golfer since 2009. She was the first African-American golfer on the Ladies Professional Gold Association (LPGA) Tour since 2001 when she qualified in 2011.

Her golf journey began at the age of seven, and she continued developing her love for competition through the junior and amateur ranks where she became a multiple tournament winner.

Averyhardt credits her HBCU experience with first believing she had a future as a professional golfer. Her “aha” moment came during her sophomore year.

“It was during the SWAC Championship at Dancing Rabbit and I shot a 6 under after two days,” she said. “I ended up getting a notable mention in Golf Week Magazine. When I saw that article and other scores from around the nation, I said ‘I can do this.’ It doesn’t matter where I went to school [at an HBCU], I can shoot a good score.”

The Path to Success

A student of the game, Averyhardt seeks to improve by watching and learning from top golfers – both men and women. She even learned her putting strategy from Jack Nickalaus.

“I read an article on how he reads putts,” she said. “He reads from the hole back to the ball. I tried it and it seemed as if that works better for me. It’s little things like that that help you learn from top players, there’s no ego involved.”

Averyhardt says the path to success has had its challenges and rewards. However, her love for the game is imminent, and she is determined to realize her dream.

Averyhardt decided to step away from the game in 2014. She explored her accounting background as a tax associate at PricewaterhouseCoopers LLP. In her third year at the firm, she realized how much she missed playing on tour.

Transition Back to Golf

During her transition back to tour life, she partnered with Women of Color Golf in 2017, an organization dedicated to increasing diversity and inclusion in golf for women and girls through various opportunities such as instruction, on-course play and networking.

Shasta Averyhardt was inducted into the JSU Sports Hall of Fame In 2018. Her induction speaks volumes, as an accomplished performer in golf. During her professional career, she’s won four mini tour events and qualified for the US Women’s Open. She also competed on the LPGA Symetra Tour and won the 2012 LPGA Symetra Tour Rising Star Award.

She put her distance off the tee to use in 2020 and competed in the Capital Long Drive Classic hosted by the Golf Channel. Averyhardt is currently competing on the LPGA Symetra Tour for the 2021 season.

Averyhardt engages in various panel discussions ranging from women in sports, golf, HBCUs, and health/wellness in between competing. She is currently featured in a Golf Galaxy commercial airing around the country. When she first saw the finished product for the ad, she was ‘pretty excited.’ But, Averyhardt admits she is critical of herself as a golfer at times.

“I’m always going to find some sort of flaw,” she said. “But overall, when I watched it, I was like, ‘Shasta you did a really good job, you should be proud of yourself.’ I love the fact that they gave me the opportunity to do it, and it’s a commercial where I’m myself and not just a talent.”

Golfer Shasta Averyhardt says her HBCU pushed her to pros