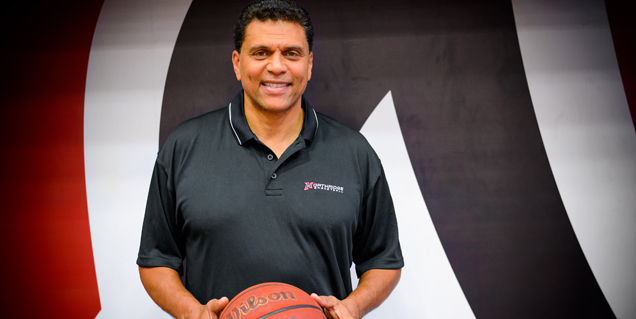 Former NBA All-Star Reggie Theus could soon be back into coaching at the collegiate level. He’s reportedly ready to accept a dual role.

Reggie Theus could soon be wielding a lot of power in Daytona, FL.

The former NBA All-Star and head coach is reportedly being named the head basketball coach and director of athletics at Bethune-Cookman University soon, according to ESPN.

HBCU Gameday has reached out to B-CU for confirmation.

Hiring Theus as basketball head coach would fill the void left by the departure of Ryan Ridder. Ridder left B-CU this spring for the coaching job at the University of Tennessee-Martin.

Theus would take the place of long-time AD Dr. Lynn Thompson. Thompson closed out his 30-year tenure on June 30. The following day, the school officially joined the Southwestern Athletic Conference.

Bethune-Cookman did not play basketball or any other sport during the 2020-2021 academic year. The private HBCU opted-out of its final season of competition in the MEAC.

Having a head coach in one sport traditionally was rather common at HBCUs, but much less so in recent years.

Reggie Theus previously served as a head coach in the NBA with the Sacramento Kings. He had a 41-23 record at New Mexico State. His record at Cal State Northridge was 94-128.