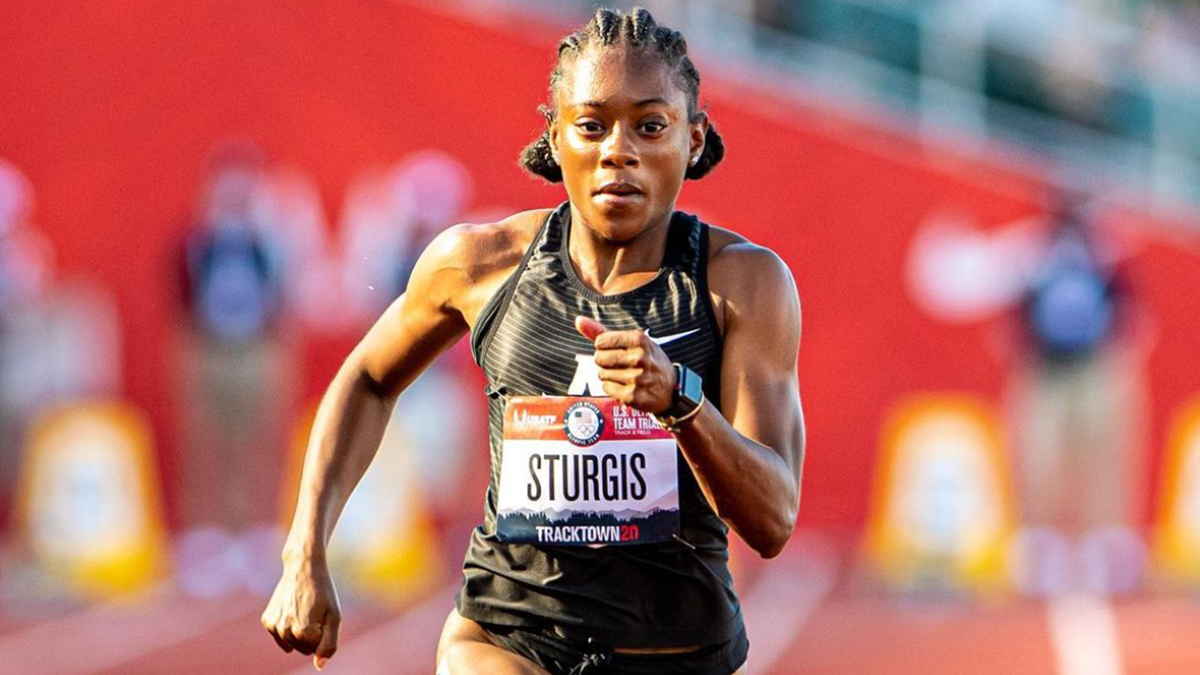 Double NCAA champion Cambrea Sturgis of North Carolina A&T continues her quest for a spot on the US Olympic team in the 200m.

Cambrea Sturgis left nothing to chance in during her opening 200m heat of the US Olympic trials on Saturday.

The double-NCAA champion from North Carolina A&T turned the corner in second behind Tehana Daniels, but crossed the finished line first. Her time of 22.37 put her fourth after the opening round heat.

“I had to execute and just get tall coming off the curve and just make it into the finals,” Sturgis said of her second-half surge in the event. “I just had to run my race and be patient.”

Livingstone alumna Quanera Hayes finished third in her 200m heat, which meant she had to qualify on time. And she did, as her 22.58 got her into the semifinals just like her future Olympic teammate Allyson Felix.

It was a solid bounce-back day for Cambrea Sturgis. After winning her 100m heat last Friday, she failed to qualify for the finals on Saturday evening, leaving her on the outside looking-in to an event she dominated a week earlier at the NCAAs. Sturgis said her experience on the track at Hayward field has given her confidence as she’s faced a step up in competition.

“My self-confidence changed because after winning, being two-time national champion — I was more confident in knowing where I stand, especially going into the Olympic Trials,” she said.

She also picked up motivation from her teammates Randolph Ross and Trevor Stewart. Both of them punched their ticket to Tokyo by coming in third and fourth place in the 400m.

“It was very motivating,” Sturgis said. “Especially since I know the 400 is such a tough race, and I have two of the most easiest races, so it just makes me go out here and work even harder.”

Former A&T sprinters Rodney Rowe (Heat One) and Christopher Belcher (Heat Two) will compete in the preliminaries of the men’s 200m on Friday. That event starts at 5:04 PM.

Former Hampton All-American Trey Holloway will compete in the 110m hurdles. That event starts at 5:33.

Action will be broadcast on NBC Sports Network.