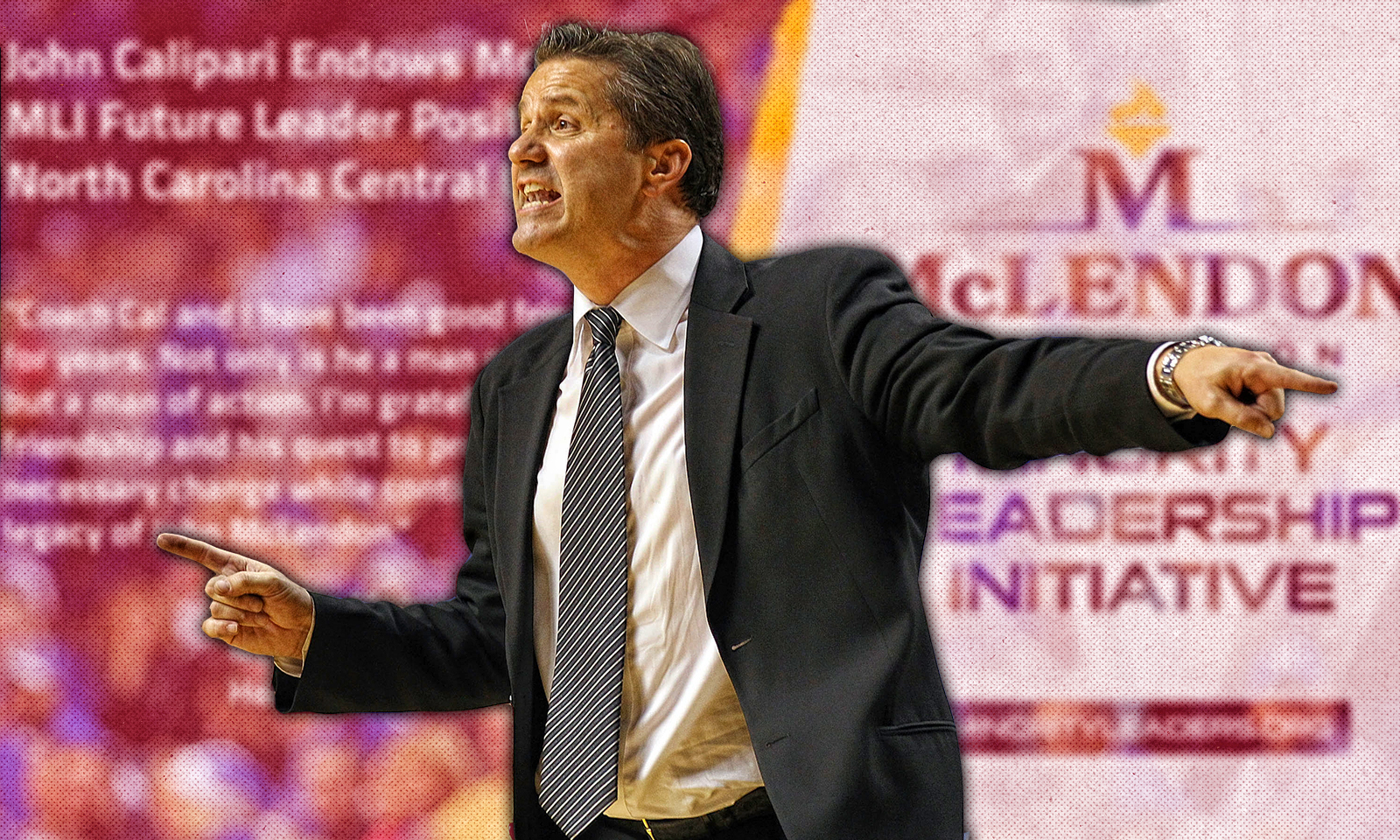 Last week, the McLendon Foundation announced a partnership with more than 50 collegiate coaches to launch the MLI. The coach-driven initiative will provide minorities a jump-start to their careers through practical experiences, opportunities to build their network, and instilling the values of John McLendon: Integrity, Education, Leadership, and Mentorship. Participants in the initiative will be known as MLI Future Leaders.

“North Carolina Central University is where Coach McLendon got his first opportunity at the collegiate level,” Calipari said. “I’m grateful to be able to honor his legacy by helping provide that same opportunity to a Future Leader on NCCU’s campus.”

“Coach Cal and I have been good friends for years. Not only is he a man of integrity, but a man of action,” said Moton. “I’m grateful for his friendship and his quest to provoke necessary change while continuing the legacy of John McLendon.”

During his 12 years at North Carolina Central, Coach McLendon led the Eagles to eight CIAA championships. McLendon also helped organize “The Secret Game” vs. Duke University, which is regarded as the first college basketball game where black and white players competed on the same court.

More information regarding the MLI, including a pre-application for interested and qualified individuals, can be found at MinorityLeaders.org.

The John McLendon Minority Scholarship Foundation is a 501(c)3 nonprofit organization founded and administered by NACDA that provides educational opportunities and serves as a vehicle for networking, information and advocacy on behalf of the profession. Since its inception, the Foundation has awarded 123 students with scholarships in the amount of $1,245,000.