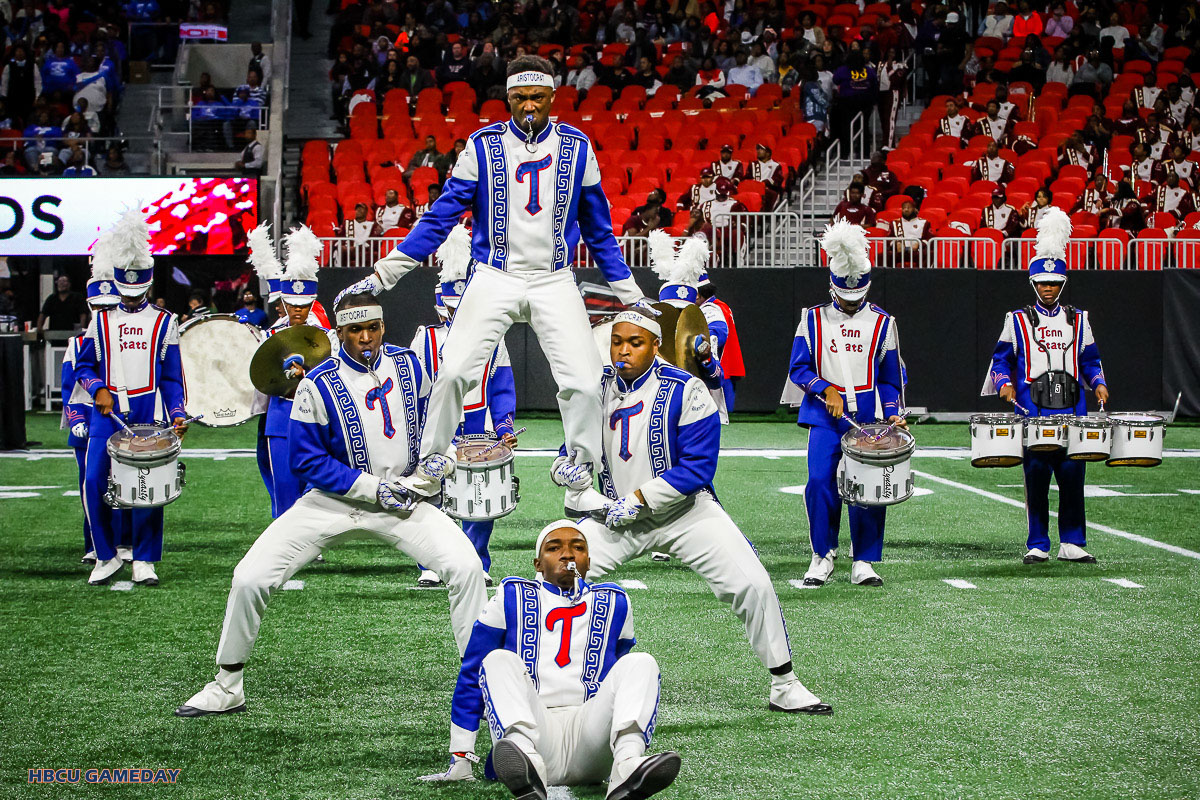 The lineup for the 2021 National Battle of The Bands has been released. See who will be in NRG Stadium on Aug. 29.

HOUSTON, TEXAS (June 23, 2021): The largest HBCU marching band event and the second-largest African American event in the state of Texas is back. Tickets are on sale to the 2021 Cracker Barrel National Battle of the Bands (NBOTB) presented by Pepsi Zero Sugar at NRG Stadium in Houston, Texas on August 29 at 4:00 p.m. CST.

“After more than a year with no homecomings or major events where HBCU alumni, students, and fans have traditionally gathered to celebrate their love of the HBCU experience, showcase their school spirit, and connect with friends and loved ones, we are grateful to announce the return of the National Battle of the Bands,” says Derek Webber, CEO of Webber Marketing and Creator of the National Battle of the Bands.

“Our event was designed to be the nation’s best kick-off to the fall marching band season by showcasing new performances of the country’s top marching bands. We cannot wait for our fans to gather safely to hear the sound, feel the energy, and witness the finesse of these HBCU marching bands on August 29.”

“We’re thrilled to serve as the title sponsor of the National Battle of the Bands once again,” said Gabrielle Ivey, Vice President of Diversity and Inclusion for Cracker Barrel. “We’re committed to investing in the next generation of leaders, which is why we have been supporting HBCUs since 2016. We look forward to the NBOTB where we can come together and kick off the season by watching the country’s top marching bands as we engage with the
communities in which we serve.  We value what everyone brings to the table and believe that each person should be treated that way.”

More than 2,000 members from eight of the nation’s top HBCU marching bands will celebrate the culture of their universities at what will be the 2021 kickoff to the Fall marching band season. Each band will bring its own unique style and sound to an event that was created to celebrate, support, and recognize the excellence of Black college marching bands.

“We are so excited that the National Battle of the Bands is back on the calendar this August and are looking forward to welcoming all 8 bands to our city. Houston is proud to be the home of this unparalleled celebration of arts, education, and HBCU culture,” said Harris County – Houston Sports Authority Vice President Chris Massey. “This event is truly unlike any other. The spirit, energy, and passion coming from these bands just can’t be matched.”

The NBOTB partnership with the HCHSA helps to support the advancement of the event’s mission to enhance the exposure of HBCU marching bands, and the role they play in educating aspiring musicians and developing future leaders. The partnership is also significant because it supports the growth of scholarships, and expands the awareness of higher learning with music, arts, and entertainment.

Also returning will be several official NBOTB events such as the NBOTB Greek Stroll Off, The Emerge Experience Entrepreneur Event, and HBCU S.T.E.M. College Recruitment and Health Fair. An eSports Gaming Tournament & Masterclass will be a new addition to this year’s event line-up.

“The battle of the bands is an iconic tradition, not only amongst Historically Black Colleges and Universities but a staple in American culture.”