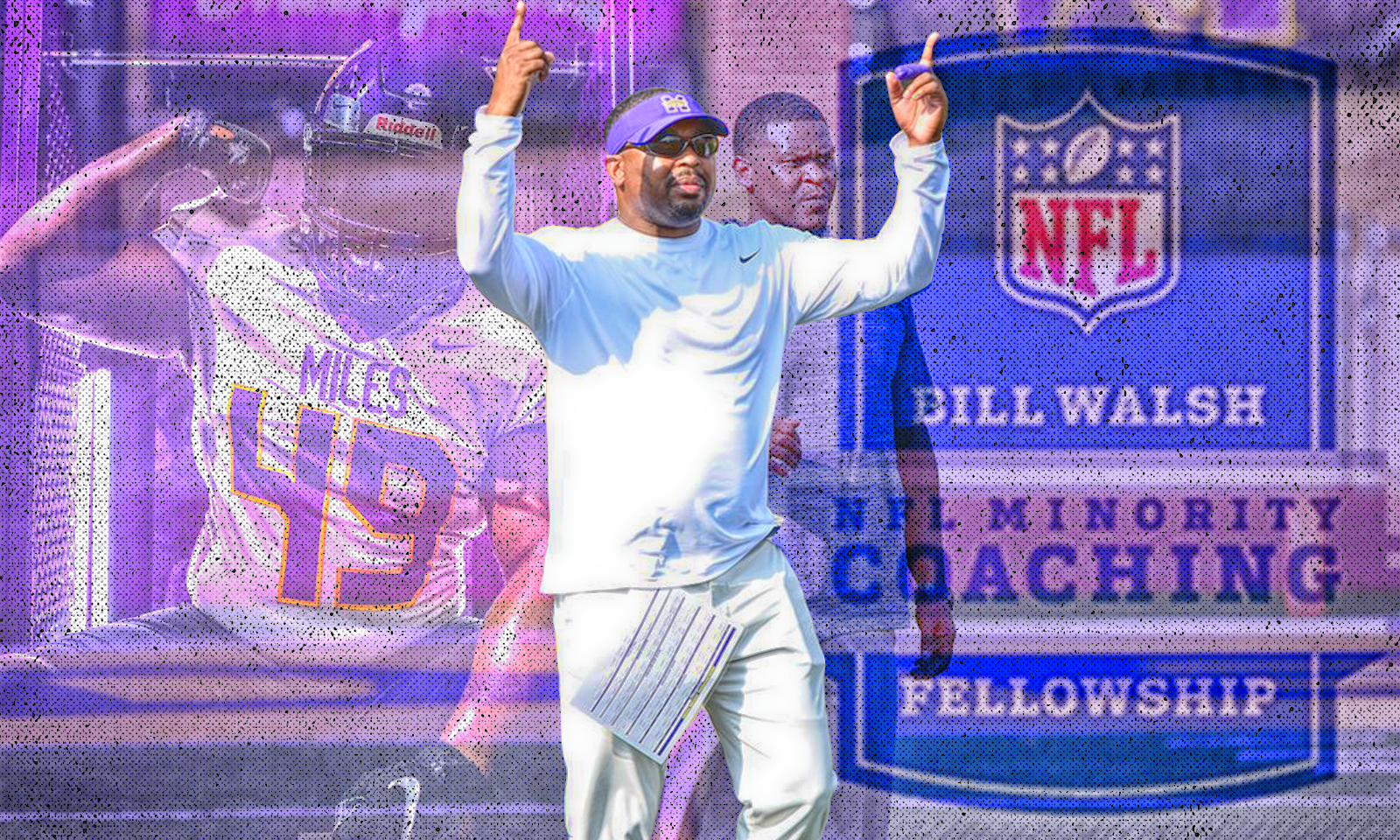 Miles assistant head football coach Rashad Watson has been selected to work as a coaching intern with the Pittsburgh Steelers through the National Football League’s Bill Walsh Diversity Coaching Fellowship program. The Golden Bears defensive coordinator will report next month and spend a few weeks observing and participating with one of the most successful coaching staffs in the NFL.

“I am honored to have another opportunity to gain more knowledge and experience working amongst some of the best coaches in the NFL,” Watson said. “While I am fully committed to the Miles College program, this is an outstanding opportunity to continue to develop my craft as a football coach and a chance I did not want to pass up.”

The Bill Walsh Diversity Coaching Fellowship program offers the opportunity for talented minority coaches to work closely with NFL coaches and staff during training camp. The program was established in 1987 and is named after late Pro Football Hall of Fame Head Coach Bill Walsh, who conceived the idea. The program’s objective is to use NFL clubs’ training camps, offseason workout programs and minicamps to give talented coaches opportunities to observe, participate, gain experience and, ultimately, gain a full-time NFL coaching position.

For Watson, this is his second stint in the Bill Walsh Diversity Coaching Fellowship program. In the summer of 2014, he served with the Kansas City Chiefs. In the role, he worked with the Chiefs’ linebackers, secondary and special teams units during the team’s summer training camp.

Rashad Watson, who assists with all aspects of the head coaching duties, had an immediate impact in his first season with the Golden Bears. During the 2019 campaign, Miles was nationally ranked in passing yards allowed (25th), rushing defense (23rd), tackles for loss (22nd), defensive 3rd down conversions (15th), defensive touchdowns (t-13th), total defense (12th), and sacks (t-6th). Three defensive players were named to the All-SIAC team in 2019 and Miles won the league championship and earned a spot in the NCAA Division II playoffs for just the second time.