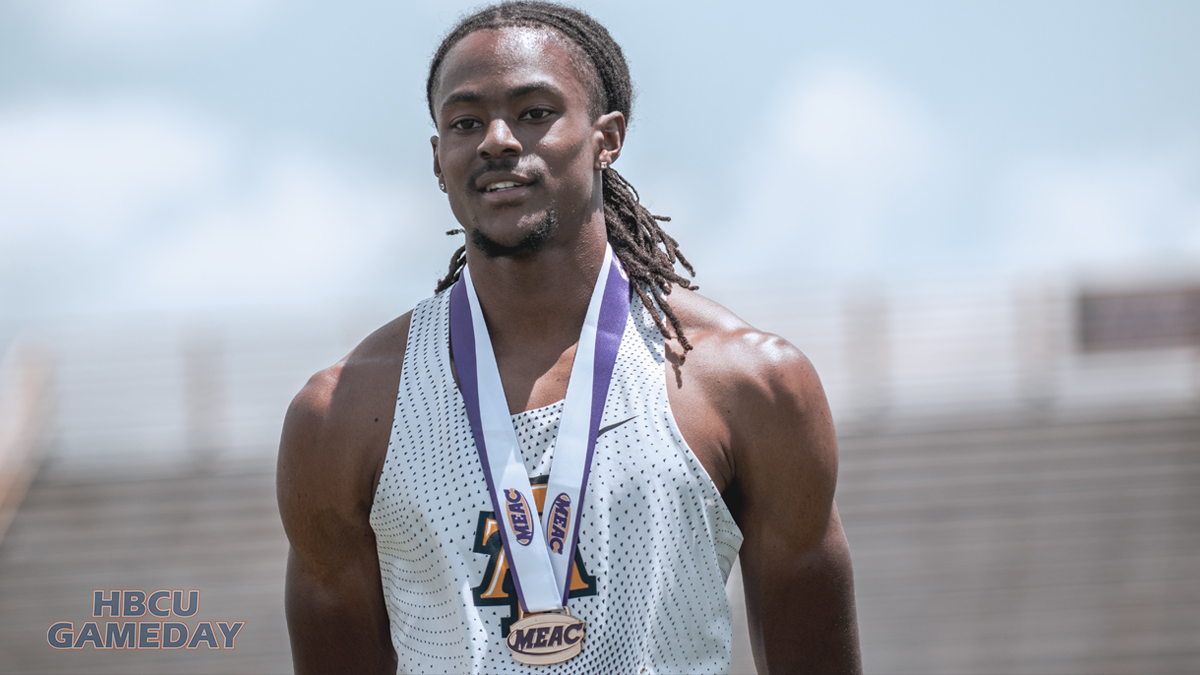 EUGENE, Ore. – Senior Trevor Stewart and freshman Randolph Ross, Jr. came as advertised on Wednesday night at the 2021 NCAA Division I Track and Field Championships at the new Hayward Field at the University of Oregon.

The men’s portion of the semifinals took place on Wednesday, and Stewart and Ross Jr. made it look easy.

Both men won their respective 400-meter heats with ease. Ross Jr. went first and led from start to finish as he crossed the line in 45.24 in the second heat.

In the following heat, Stewart trailed early before doing his familiar kick over the final 200 meters of the race. Once Stewart kicked in, he coasted toward the end and finished in 45.86.

The two teammates will battle for a 400m national title Friday night at 9:02 eastern time. It will be their third matchup this season. Stewart beat Ross at the Aggie Invitational at N.C. A&T’s Irwin Belk Track on April 10 as Stewart ran a 45.43 and Ross Jr. ran a 45.71.

Randolph Ross Jr. exacted his revenge at the 2021 Mid-Eastern Athletic Conference (MEAC) Track and Field Championships at Irwin Belk Track on May 8. Ross Jr. held off a Stewart rally to run a spectacular 44.60, one of the best times in the world.

By making the 400m final, Ross Jr. and Stewart will be named first-team All-Americans in the event. The Aggies duo will also grapple with Ohio State’s Tyler Johnson, who had the second-fastest qualifying time on Wednesday at 45.33.

Stewart and Ross Jr. will also appear in the 4×400-meter final. They will join senior Akeem Sirleaf and junior Daniel Stokes in Friday’s final. The foursome ran a 3:03.23 for Wednesday’s fastest qualifying time. The Aggies 4×400 indoor team won the national championships in March.

N.C. A&T had others qualify on Wednesday, including freshman 200m runner Javonte Harding. Harding had the sixth-fastest qualifying time on Wednesday, finishing in 20.28 to reach Friday’s final set to begin at 9:37 p.m. Harding did miss qualifying for the 100m final by finishing outside of the top 8 with the 10th-fastest time at 10.22.

Harding also qualified along with Ross Jr., Strokes and Sirleaf in the men’s 4×100 meters with the fourth-fastest qualifying time of 39-seconds flat.

Off the track, the Aggies saw junior Brandon Hicklin finished fourth nationally in the long jump with a personal-best 25-feet, 11 ½-inches. Hicklin’s best jump on Wednesday was astounding, considering he won the MEAC long jump championship with a leap of 23-feet, 7 ½-inches. He measured at 24-feet, 5 ½-inches at the Aggie Classic Twilight a week later.

Harding will also earn second-team All-American honors in the 100m. The women will get started Thursday for their semifinal round at Hayward Field.