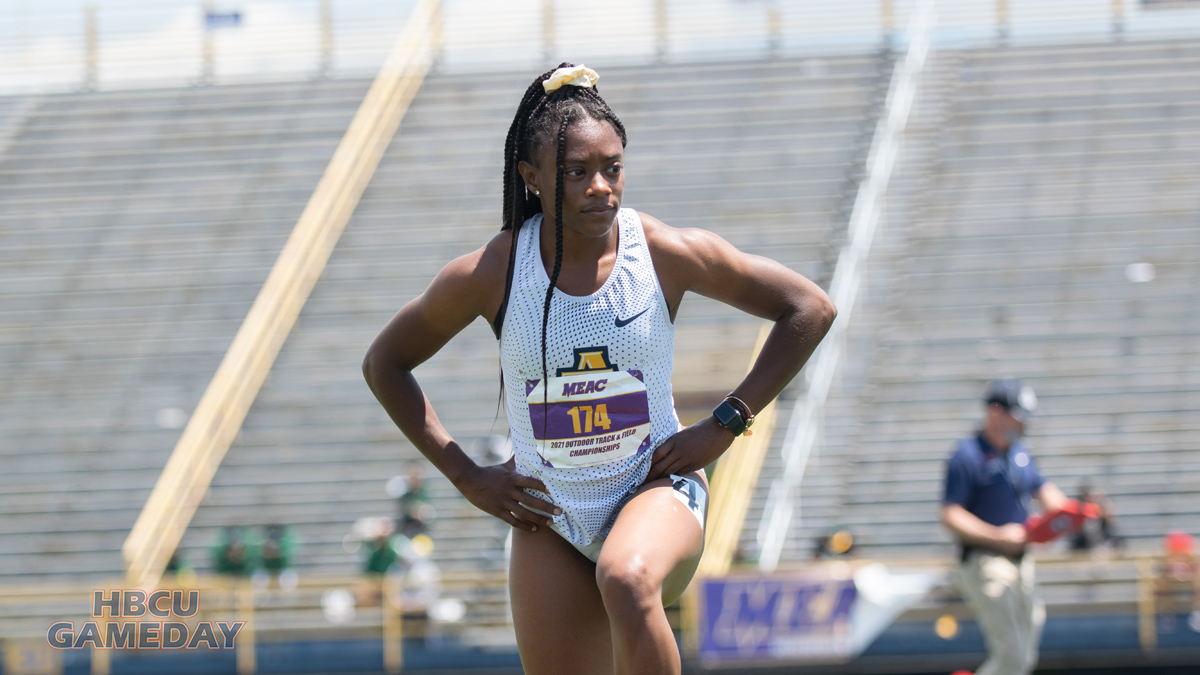 North Carolina A&T track athletes Trevor Stewart and Cambrea Sturgis were named athletes of the year in the southeast region of the USTFCCCA.

EAST GREENSBORO – North Carolina A&T director of track and field programs, added to his growing legacy on Friday. Ross captured his fourth and fifth career coach of the year honor from the United States Track and Field Cross Country Coaches Association (USTFCCCA) as the organization named Ross the men’s and women’s southeast region coach of the year.

After Friday, the USTFCCCA honors have become numerous for Ross’s N.C. A&T track and field program.

Friday marked the second time in Ross’s career he has won both the men’s and women’s coaching honors in the same season after accomplishing the feat in 2018. In 2019, USTFCCCA named him men’s southeast region coach of the year.

Stewart and Sturgis become the third and fourth athletes under Ross to earn a USTFCCCA regional honor. In 2019, sprinter Kayla White won the southeast region women’s track athlete of the year during the indoor and outdoor seasons.

In addition, White also became the first Aggie ever to win a national player of the year honor when she was named the NCAA women’s indoor track athlete of the year in 2019.

Stewart and his 4×400-meter relay teammates ran the world’s fastest time twice this year. In March, they set the standard at Texas Relays by running a 3:00.23. Last week at the Division I NCAA East Preliminary Round, they lowered their time to 2:59.21.

Individually, Stewart posted a 44.55 in the first round of the 400 meters at the east prelims at the University of North Florida. In the quarterfinal round, he qualified for NCAA nationals with a time of 44.59. Thanks to those two performances, Stewart owns the two fastest 400m times ever recorded at an NCAA east regional.

Stewart’s 44.52 posted at Drake Relays on April 29 is the third-fastest time recorded in the nation this season. During the indoor season, Stewart helped the Aggies 4×400 team win the NCAA national championship.

“I’m tremendously happy for Trevor,” said Duane Ross. “This honor is so well deserved. Four years in, and I’ve never heard him complain about anything. He is an outstanding athlete but an even better young man.”

Sturgis is having a great season. Sturgis claimed three MEAC titles in May, winning the 100 and 200 meters, and she ran the lead leg on the Aggies conference championship 4×100 team. At the east prelims, Sturgis ran the 15th-fastest collegiate 200m time in history at 22.26. She also posted a 10.92 in the 100 at the regional.

“It is a well-deserved honor for Cambrea,” said Ross. “She works hard and has big plans for NCAA championships and the Olympic Trials.”

Ross led the Aggie men to their fourth straight Mid-Eastern Athletic Conference (MEAC) title when they won the championship in May, breaking the conference record for points with 288. He led the ladies to their third MEAC title in four years with a record-breaking 290 points.

The men had 13-event conference champions and won every track event contested except the 3000m steeplechase. The N.C. A&T men’s outdoor track and field team sent 13 athletes to the east prelims and came away with nine athletes going to the NCAA championships in nine events.

The Aggies will have three women apiece in the 100-meter hurdles and the 200m.

Garner is in his third season with the Aggies. He assists Ross with the sprinters and the hurdlers.