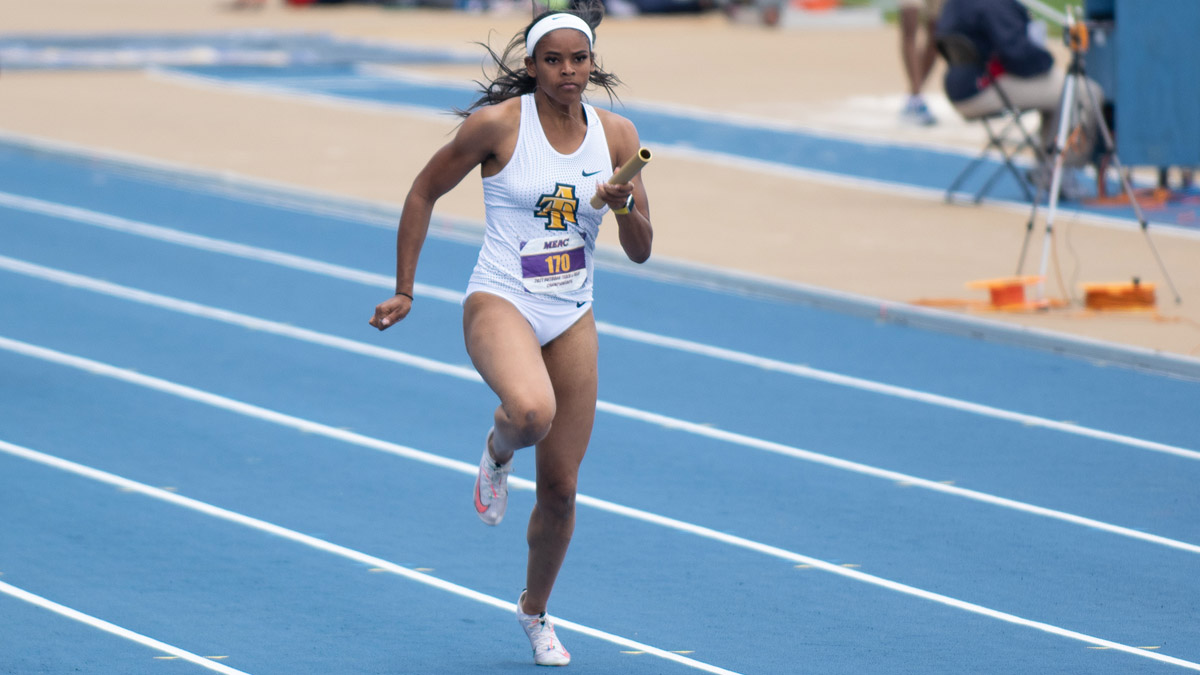 NC A&T Director of Track and Field programs Duane Ross is hoping for much more as he puts seven ladies in action beginning with semifinal competition Thursday evening.

Sixty is the magic number at Track & Field Championship

Women’s champions over the last five years have averaged 62.4 points with a low of 53 points by Southern Cal in 2018 and a high of 72 by Arkansas in 2016. The only HBCU double-digit finishes before the Lady Aggies in 2019 were the 11 points Hampton scored in 2007 on the heels of Yvette Lewis’s win in the triple jump. The Lady Pirates also scored 10 points in 2010 on Francena McCorory’s 400 meters title.

Junior Jonah Ross joins Sturgis and DeBose-Epps in the 200-meter semis with a time of 22.87 (13th) and on the relay team. She will take the track in the third 200 heat. The fourth member of the 4×100 relay team is junior Symone Darius. The 4×100 relay, which kicks off competition at 3:32 p.m. (PST) Thursday, will have the Lady Aggies in the first heat.

If the Lady Aggies hold their positions in those three events (100, 200, and 4×100 relay) they could muster a minimum of 22 points and even more if they perform better.

The other event where the Lady Aggies could generate a rack of points is the 100-meter hurdles where they have three of the top eight times. Senior Tejyrica Robinson’s 12.83 is third, fellow senior Madeline Akobundu’s 12.84 is fourth and junior Paula Salmon’s 12.89 is eighth. Robinson goes off in heat one at 4:32 p.m. PST followed by Akobundu in heat two and Salmon in heat three.  Similarly, maintaining those finishes could give the ladies an additional 12 points and a bunch more if they exceed those seedings.

Ross, Darius, and Salmon and joined by Delecia McDuffie on the 4×400 relay team that qualified 24th with a time of 3:34.72. The Lady Aggies are in the first heat of the 4×400. Howard, whose quartet of Ozioma Scott, Jessica Wright, Ameenah Saalih, and Jessika Gbai had the 18th best time is in the second semifinal heat. The 4×400 wraps up Thursday’s competition at 7:21 p.m. PST.

High marks in the high jump

Just like the men, Ross has one Lady Aggie in a field event final. Sophomore Kanady Wilson (1.77m) has the 19th best height in the high jump. Prairie View A&M’s Ja’Sha Sloan leads the competition with a 1.82-meter height. The high jump gets underway at 4:30 p.m. PST.

After Thursday’s semifinals, the top two finishers in each heat and the three other best times will advance to Saturday’s Track & Field championship round. Points (10-8-6-5-4-3-2-1) are awarded on a descending scale to the top eight finishers in Saturday’s finals.