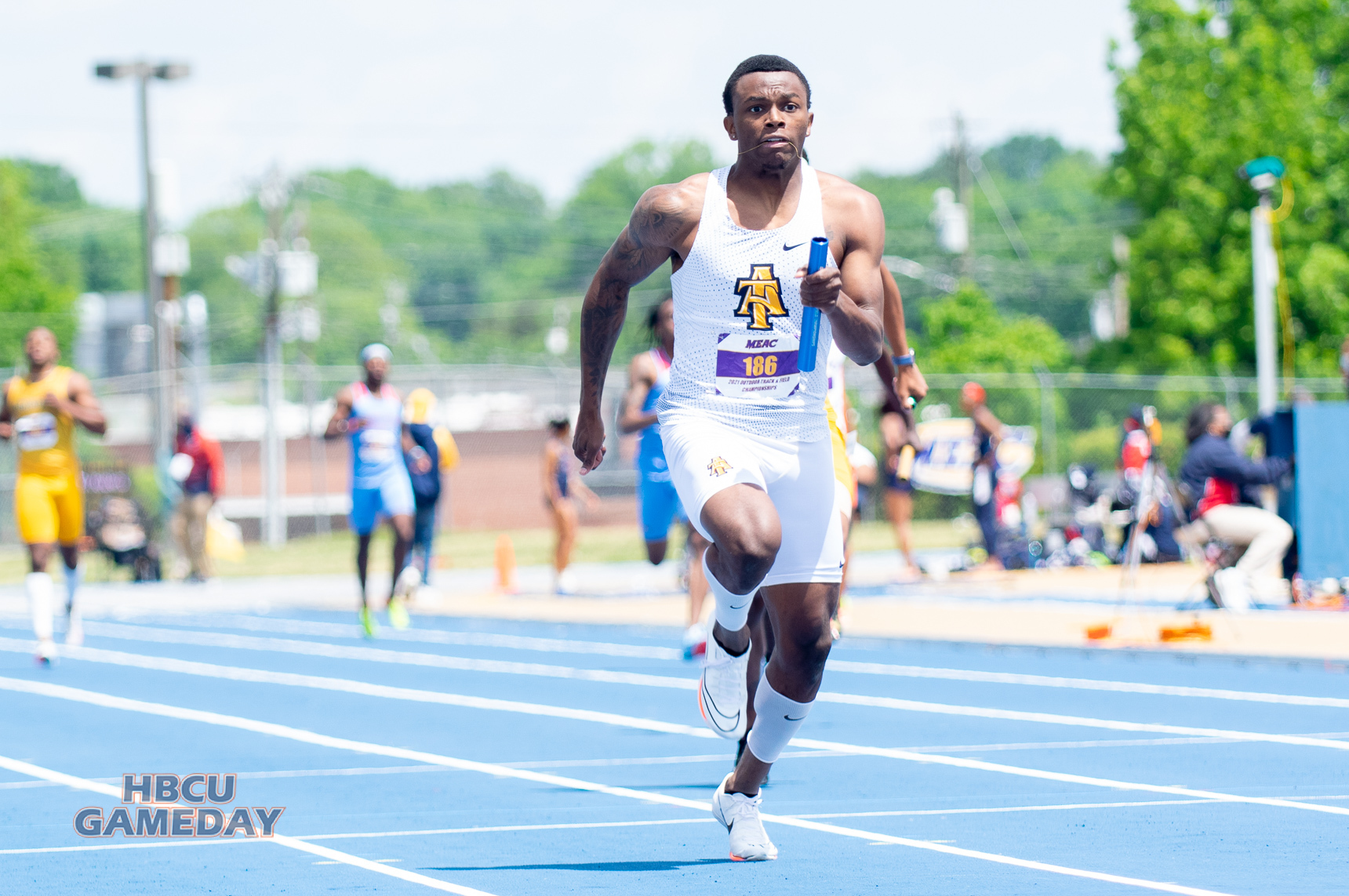 Can North Carolina A&T win it all?

Forecasters predict a top ten finish for NCAT, can the Aggies push higher?

The last time the NCAA Div. I Outdoor Track & Field Championships were held, in 2019, both the North Carolina A&T men and women finished with 19 total points. Riding good performances in the sprints, the previous totals were enough for the men to finish in a tie for 15th while the ladies finished alone in 15th.

While the outcomes were surprising to some and the best ever for HBCUs at the event, North Carolina A&T Director of Track and Field programs Duane Ross said they were perhaps their worst performances of the season. Riding the wings of dynamic sprinter Christopher Belcher, Ross’s 2017 NC A&T squad had the best HBCU men’s finish before 2019.

The Aggies finished tied for 14th with Ole Miss and Tulsa with 16 points. Belcher had a hand, or legs, in all 14 points finishing third in the 100 meters (6 points), fifth in the 200 meters (4 points), and running the second leg in the 4×100 meter relay that finished third (6 points).

It was the only double-figure finish for an HBCU men’s team in Div. I history. And his troops are back this year, stronger and deeper, as the 2021 championships get underway today at Hayward Field at the University of Oregon.

Could be the best year ever for North Carolina A&T

In the men’s semifinals that begin today, the Aggies will have competitors in eight of 11 running events. Ross has seven men and eight women making up the contingent of athletes vying for points, national titles, and the nationwide prestige that goes with them. Forecasts say the Aggie men and women could likely double their total from a couple of years ago and easily finish in the top ten, perhaps the top five in both competitions.

There is even an outside chance the Aggies could come away with national titles in both competitions.

“I’m not looking for points, I’m just looking for running our best times,” Ross said last week while his squad was prepping for the competition.

If they do that, anything is possible. National champions over the last five years have averaged 62.4 points on the women’s side and 64.1 points for the men.  Again it’s the sprints where the Aggies are expected to make the most noise. The men’s 4×100 and 4×400 meter relay teams come in with the nation’s best times and as favorites. Sophomore quarter-miler Randolph Ross Jr. sophomore sprinter Daniel Stokes and senior Akeem Sirleaf, are on both teams.

The 4×100 quartet of Sirleaf, Ross, Stokes, and freshman Javonte Harding ran a season’s best 38.54 which also set a new facility record at the East Regionals at the University of North two weeks ago. The 4×400 team of Stokes, Ross, Sirleaf, and Trevor Stewart was even better. Their world-best time of 2:59.21 was just .21 of a second off the collegiate record and the third-best time in event history.

Elijah Young is an alternate on that team. Top finishes in those events alone would garner 20 points and allow the Aggies to surpass their previous total. Points are awarded (10-8-6-5-4-3-2-1) on a descending scale to the top eight finishers in each event.

In the 4×400, the Aggies are in the first heat. In all running events, the top two from each heat advance to the finals with the next best three times also advancing. Between those relay events, most of those same runners will get to show off their skills in individual competition.

Ross also has one Aggie in the finals of field events that will be contested today. Junior Brandon Hicklin’s leap of 7.61 meters is 21st in the long jump. He jumps in the second flight beginning at 6:30 p.m. today. The men’s finals are set to begin at 5:02 PST on Friday after the women’s semis are held on Thursday. The women’s finals are set for Saturday.

Can North Carolina A&T win it all?