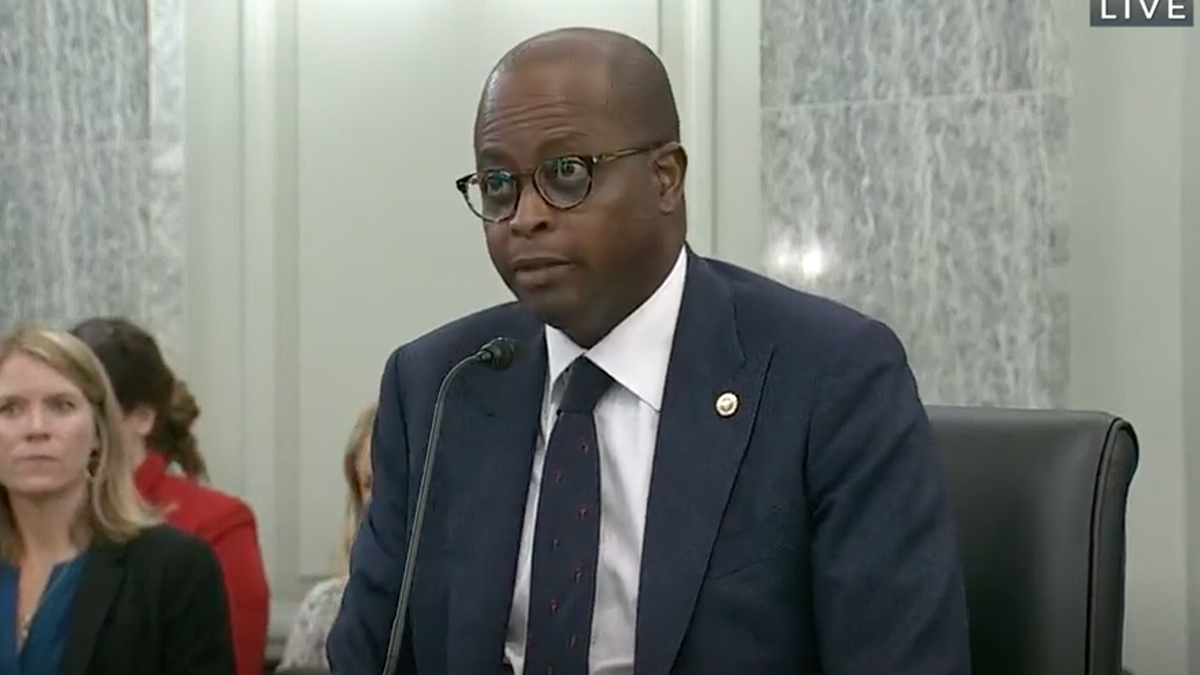 Howard University prez speaks up for HBCUs on NIL

Dr. Wayne Fredrick, President of Howard University, testified before congress on behalf of the MEAC and HBCUs regarding paying student-athletes.

Dr. Fredrick stood as a voice for not only Howard and the MEAC, but for HBCUs and lower-resource institutions.

‘I’m here today to express the MEAC’s support for legislation that allows collegiate athletes to receive compensation for use of their name, image and likeness” Dr. Fredrick said. “We believe that student-athletes should be able to retain agents, and professional representatives who can help them maximize earnings as well as handle certification, and ensure compliance with regulations.”

Fredrick also stated that the MEAC supports legislation that would protect sports-related injury and medical expenses. Fredrick is a surgeon.

“Student-athletes put tremendous effort and dedication into their athletic activities, and they deserve to be compensated for those endeavors and protected in the course of pursuing them.”

With that said, Fredrick wanted to ensure lawmakers know that not all schools are banking millions on athletics. And those schools, including Howard University, have concerns about what would be required of them if schools are to absorb costs related to NIL.

“At the MEAC, our enthusiasm for increasing the right of student-athletes is tempered by our concerns for lesser resource institutions. Many smaller schools simply don’t have the funds to take on the financial responsibilities.”

As president of a university located in the District of Columbia, and not a state, Dr. Fredrick said he hopes the federal government will take the lead in NIL legislation and not leave it up to a “patchwork” of state laws.

A total of 19 states have already passed NIL legislation. Washington, D.C. has not.

Howard University swimming could be in jeopardy

Circling back to concern over the impact of NIL on the bottom line of expenditures for athletics, Dr. Fredrick talked about the importance of Howard’s swim team. It is the only swim team at an HBCU in the country. Dr. Fredrick suggested NIL legislation that would cause the school to incur more costs could put such a program at risk.

“That’s just not about swimming, but its about the African-American experience in this country. African Americans are five times more likely to drown, for example. So our swim team has athletes that will compete — hopefully — at the Olympics. But we also have athletes that are interested in spreading the learning of swimming throughout the African-American community,” he said.

“This would be a tremendous loss to our institution, as well as to the students whose opportunities for academic and athletic education experience would be limited as a result.”

Dr. Fredrick advocated for revenue sharing amongst NCAA institutions if NIL legislation increased the cost for the schools.

“Having revenue sharing around health care costs, I think — is important, so that we can maintain that. And then, I think the secondary issues such as maintaining the other sports, etc., is something that we should look at.”

When asked by Florida Senator Tim Scott about why he thinks revenue sharing amongst NCAA institutions is important, Dr. Fredrick said he wanted to make sure that HBCUs aren’t put into a deeper hole by any new NIL legislation.

“Being able to recruit athletes to win a national championship, to increase your brand, to get more resources for the bigger good of the rest of the student population hasn’t been there,” he said. “I just want to make sure some of these laws — as we look at them and as we look at the national law — we don’t double-down on that disadvantage and really ensure that an HBCU never again wins a national championship. Because that’s where we’re heading.”

Howard University prez speaks up for HBCUs on NIL