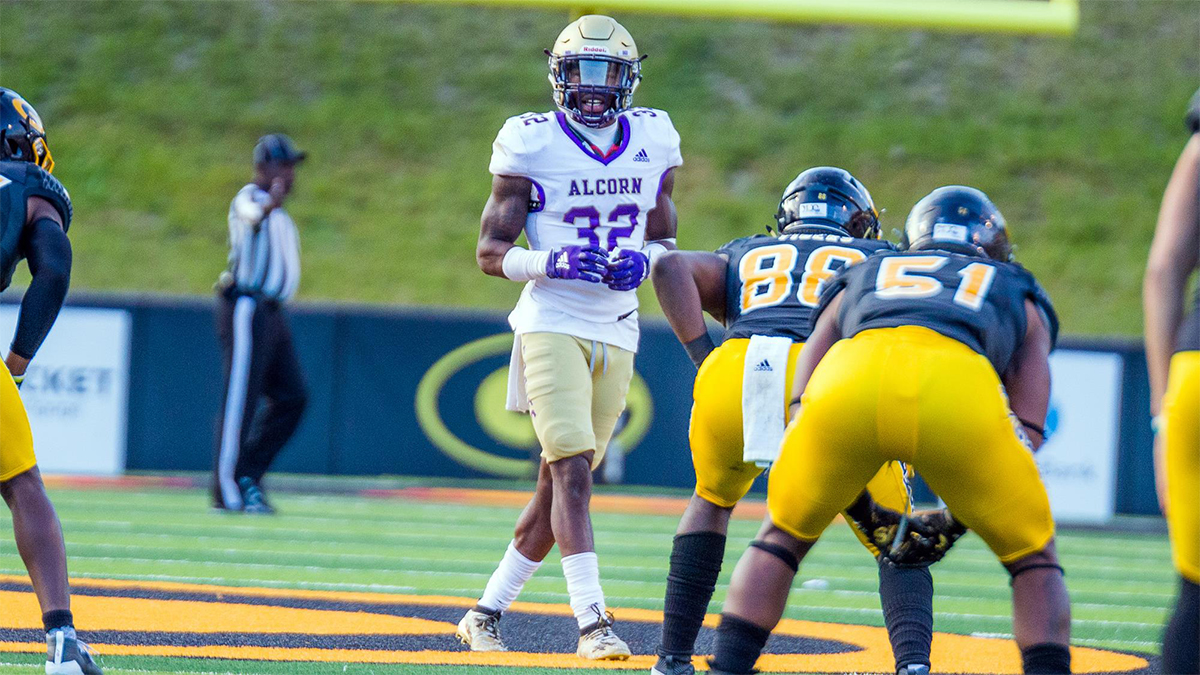 Qwynnterrio Cole proved to be one of the best defensive backs in the SWAC and FCS football. Now he’s headed to the transfer portal.

Alcorn State DB Qwynnterrio Cole is the latest SWAC program to see one of its standout players hop in the transfer portal.

Cole is headed into the transfer portal, according to Rivals.

Cole is a 6-3, 190 pound senior defensive back from Memphis Tennessee. He is a two-time All-SWAC and HBCU All-American.

Cole recorded 77 tackles in 2018, leading Alcorn State in that category. He also recorded 4.5 tackles for a loss, three interceptions a forced fumble and recovered a fumble. Cole did all of that while just starting both seven games, splitting time between both safety and cornerback. His work helped Alcorn State win the SWAC title and advance to the Celebration Bowl.

He would have an even better season in 2019. Cole started 12 of 13 games, spending the majority of his time at safety. He led the Alcorn State defense with five interceptions on the year and was third in tackles with 86. His five interceptions ranked second in the SWAC that season. He picked off two passes against Alabama A&M in a critical victory that helped Alcorn State clinch its sixth-straight SWAC East title.

Of course, the entire SWAC set out last fall, and Alcorn State opted out of spring competition. Cole will now enter the transfer portal pool, which has worked out for some SWAC standouts. Former Arkansas-Pine Bluff wide receiver Harry Ballard ended up committing to Nevada. Ex-Prairie View defensive back Reginald Stubblefield ended up in the FBS too, committing to Kansas State.

With the size, tackling and ball skills of a player like Qwynterrio Cole, don’t be surprised if he winds up on the FBS level as well. Or, at the very least, he could be a contributor on an FCS contender a la Jequez Green. Either way, it’s a big loss for an ASU team looking to show that it is still the class of the New SWAC.