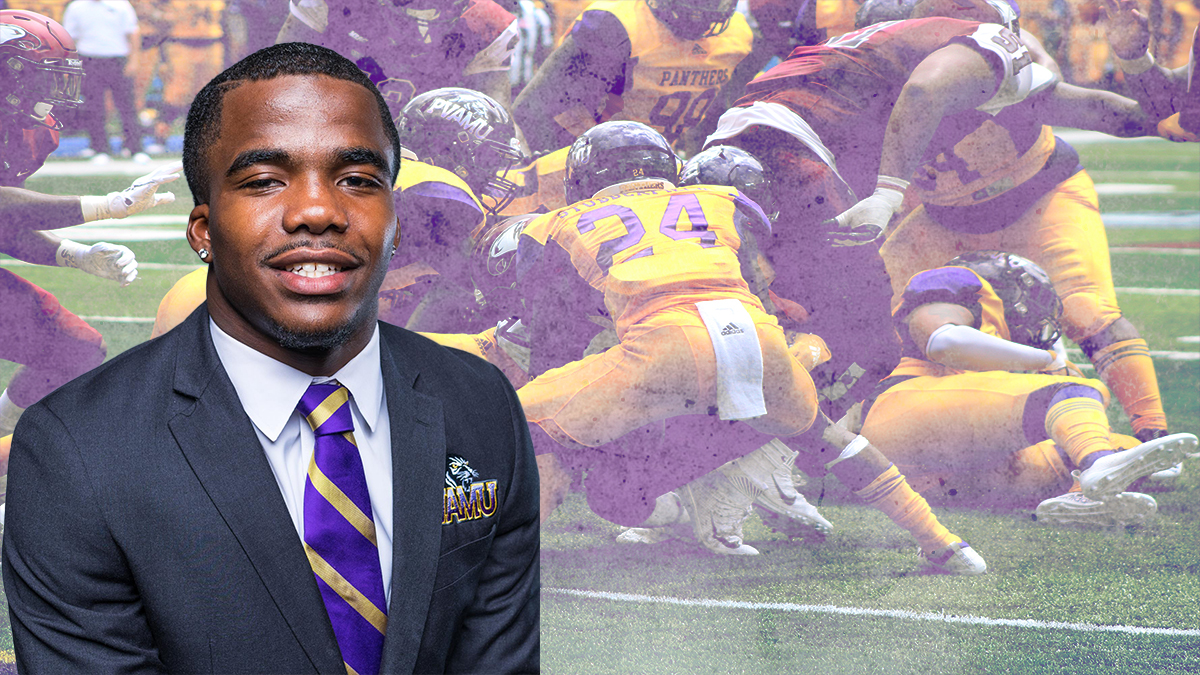 Reggie Stubblefield started his career at Prairie View as a two-star recruit. Now he’s headed to the FBS.

Stubblefield has committed to Kansas State University. Apparently, the two have a history with each other.

“It’s a marathon not a sprint, when you mention the goals I’m chasing.”

To the first university that ever sent me a letter I thank you. It’s funny how God brings us all back together,” Stubblefield wrote. “Kansas State University, I’m Committed.”

The Arlington, TX native was considered a two-star recruit coming out of high school. He signed with Prairie View, then coached by current Florida A&M head coach Willie Simmons. He played in nine games as a freshman in 2016, making 18 tackles. Stubblefield started six of the 10 games he played in as a sophomore, finishing fourth on the team with 51 tackles.

The 2018 season saw him limited to just four games, giving him a redshirt season. He played in six games as a redshirt junior, racking up 40 tackles, including 25 solo stops. He also picked off a pass and forced a fumble.

Stubblefield finished Prairie View’s spring season with 16 total tackles and one interception in just three games. Perhaps even more impressive, he blocked two kicks this spring as well. His versatility in the defensive backfield as well as his special teams ability clearly made Reggie Stubblefield a commodity for KSU.

Stubblefield is the second player from the SWAC this week to land at an FBS school via the transfer portal. It’s important to note that he leaves PVAMUU with a degree in kinesology already in his back pocket.

“If I do not make it as a football player, I plan on using my degree to help student athletes reach their dreams by becoming a head coach on the college level with also aspirations on becoming a future NFL head coach,” Stubblefield told Draft Diamonds last year. “This has always been a dream job for me since I was a child. Giving back and helping athletes just how I was helped, it changed my life with football and I definitely want to do the same and will do it for the generations under me.