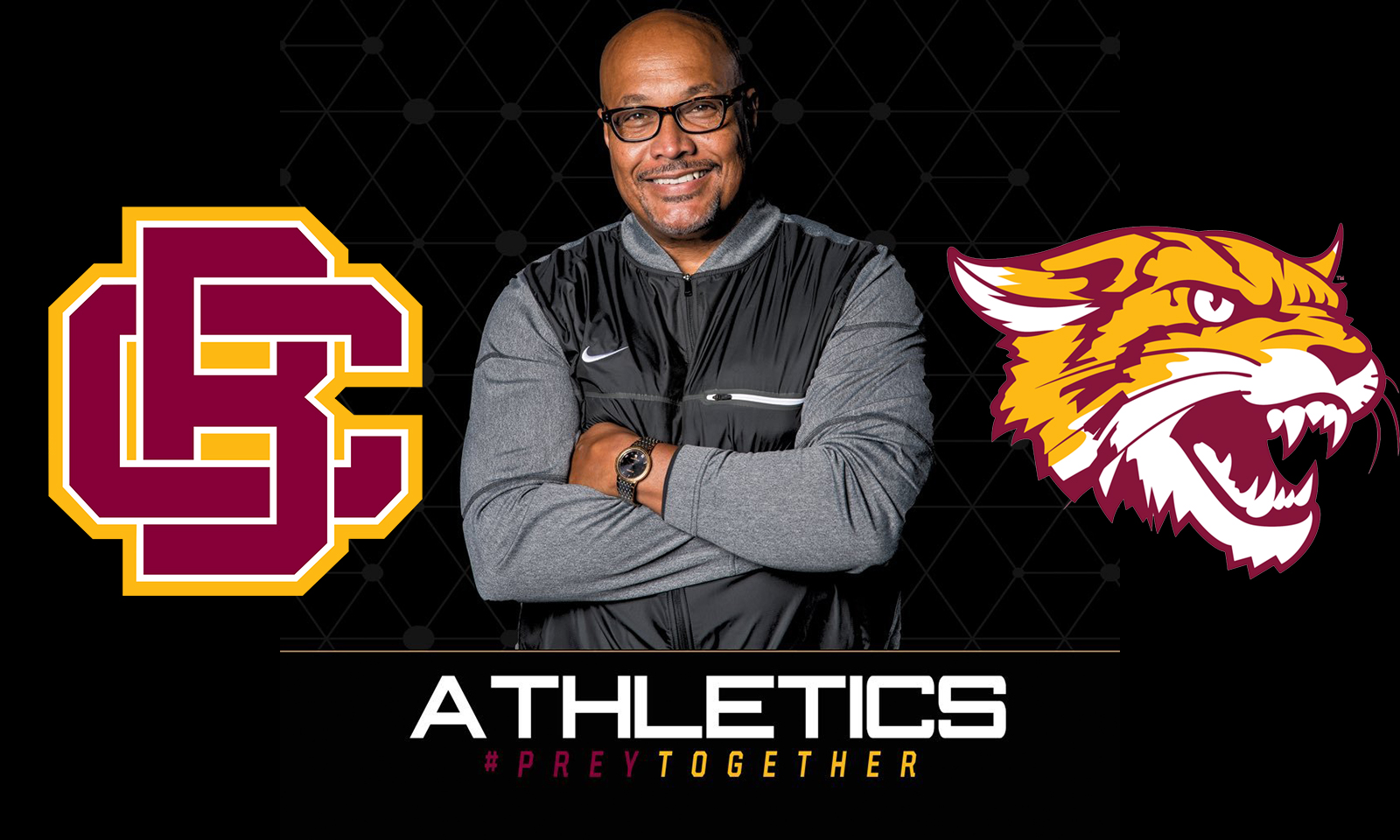 “I thank God for the honor of serving with and touching the lives of world changing student-athletes and staff members at the university that I love, but it’s time.” – Lynn W. Thompson

DAYTONA BEACH, Fla. –– Bethune-Cookman University announced today (May 21, 2021) that Lynn Thompson, Vice President for Intercollegiate Athletics, will be leaving his role next month after 30 years with the university’ athletics department. Thompson’s contract expires at the end of June.

“I thank God for the honor of serving with and touching the lives of world changing student-athletes and staff members at the university that I love, but it’s time. It has been my life’s ministry to help build the brand of B-CU and establish Wildcat Athletics as a comprehensive championship program, but most of all develop student-athletes into Champions in life through their experiences in our program and at our university,” said Thompson. “This past year has been a season of reflection and reassessment- all around. If we learned anything, we have learned not to take life, health or anything else for that matter- for granted. Making this change now gives me the opportunity to focus some time on the most important things to me and my family while charting the next steps in my personal and professional journey. “

Hired initially at Bethune-Cookman in 1991, as the youngest Division I athletics director in the nation, Thompson is now the longest tenured and one of the most respected Division I athletic directors in the NCAA. Thompson was elevated to the position of Vice President for Intercollegiate Athletics in 2015, providing executive leadership over the 17-sport Division I program and support offices for the B-CU Department of Athletics.

“Lynn Thompson has contributed so much to the success of our students and our Wildcats sports program,” said B-CU Interim President Dr. Hiram Powell. “His professionalism and dedication to the mission of B-CU is nothing shy of remarkable. He has truly left our sports program poised and ready for future growth. I am grateful for all of his many contributions throughout the years.”

created by his predecessor Johnson and FAMU AD Hansel Tookes. As a result, the game relocated to Orlando and evolved into the largest and most lucrative HBCU and FBS football game in the nation. More importantly, under Thompson’s leadership the rivalry with FAMU became far more competitive with the Wildcats.

In the past two decades, “The Golden Years in Wildcat Athletics” included head-to-head competitive progress in several sports against their in-state rivals. During that time, B-CU led with 13 wins against seven losses in football, earning four MEAC titles, and a streak of nine straight wins in the Florida Blue Florida Classic. In men’s basketball, the Cats earned a 27-15 head-to-head record against the Rattlers and two MEAC regular season crowns. In Women’s Basketball, B-CU has virtually pulled even with FAMU with a 23-24 record including nine consecutive wins and five MEAC regular season championships during this era. In the diamond sports, B-CU baseball owns a 70-34 advantage with a MEAC record setting 15 championships and the distinction of being the only HBCU to earn a spot in an NCAA Baseball Regional Final. The Cats also produced three Olympians in track and field during this era.

Thompson said,”I want to thank our university’s leadership team, from the Trustees to the Cabinet for trusting me with the lives of generations of future leaders of our world. I did not ever take that responsibility lightly. More importantly, I want to thank every student-athlete, coach, staff member, alumni and fan of the Wildcat Nation who believed in us and what we could do. Their faith is what propelled us forward!”

“Lynn has been the consummate professional for over three decades. He has built the Bethune-Cookman athletics program to national prominence.” said MEAC commissioner Dr. Dennis Thomas. “As a son of Bethune-Cookman, Lynn bleeds Maroon and Gold and he has always been student-athlete centric. He is highly respected nationally; Lynn has served on many NCAA National Committees. He is a progressive thinker, and we wish him well on his next journey.”

Thompson’s work at B-CU has produced a bumper crop of athletic professionals who are now industry leaders in collegiate and professional sports such as Jashell Mitchell of the National Football League, Lericia Harris of ESPN, Opio Mashariki and Tony O’Neal, athletic directors at Savannah State and Claflin University’s respectively, Cesely Tafoya, former Director of Marketing for the MEAC, Jasmine Alston, Founder of  ‘Black Originals’ a lifestyle and marketing brand agency and Senior Creative Manager at Footlocker Inc., and Keith Holt, Director of Compliance at Temple University. . Former head coaches from B-CU who have enjoyed success  include Laura Watten, made the jump from B-CU to Maryland, Mervyl Melendez, legendary baseball coach now at FIU and most recently Ryan Ridder and Vanessa Blair-Lewis, head men’s and women’s basketball coaches at UT-Martin and George Mason University.

Thompson directed the Wildcats to a total of 71 championships, beginning with 54 Mid-Eastern Athletic Conference (MEAC) crowns, including a dynasty of 12 baseball championships in a 15-year span; a streak of five consecutive softball titles from 2000-2004 – as well as three additional consecutive titles from 2010-12 and two more in 2018-19. B-CU Football has won a total of six MEAC titles, including at least a share of three consecutive from 2012-14 and continues to finish in the top three in the MEAC. Additionally, the Wildcats won the school’s first-ever national HBCU championship in 2010.

Thompson graduated from then Bethune-Cookman College in 1980 with a bachelor’s degree in Pre-Med, and later earned a master’s degree from Clark-Atlanta University in 1984. He went on to embark on a mass communications/performing arts career that continues to this day. For many years, he worked on PBS projects in Atlanta, and he hosted the public affairs show Vibrations on WESH-TV, an NBC affiliate based out of Orlando, Florida. He continues to produce and host the regional television and radio shows highlighting Bethune-Cookman University athletics on Fox Sports Florida and Bright House Networks.