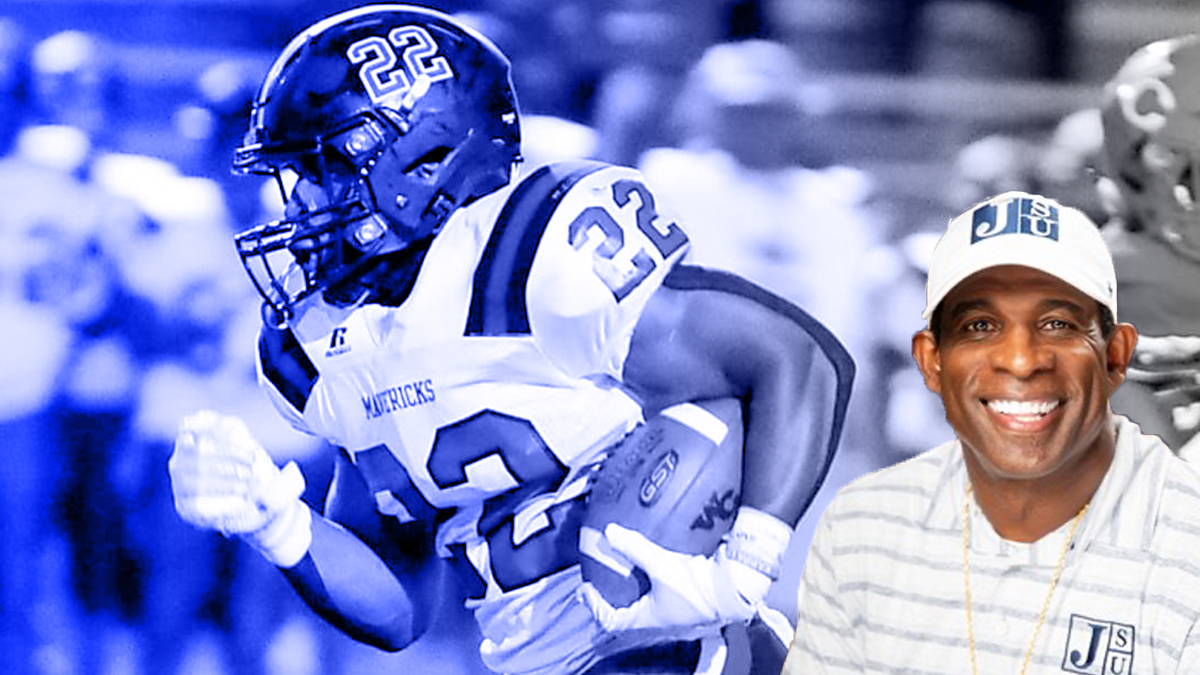 Deion Sanders was challenged to “get more” five stars. And he’s offered a running back that’s pretty darn close.

Deion Sanders and Jackson State are currently on a three-game losing streak on the field. But Sanders and Co. are also staying busy off the field in the recruiting game.

JSU has put in an offer for running back Branson Robinson, one of the top players in the class of 2022. He’s rated as a four-star by 247Sports and is ranked as the 19th best player overall in his class by ESPN.

The talented 5’10, 220 pound junior from nearby Madison, Mississippi has offers from the best of the best. Nick Saban and Alabama are after him. So is Dabo Sweeney at Clemson. Ditto for Georgia and LSU. Deion’s alma mater, Florida State, they want him as well. So does Jim Harbaugh at Michigan.

Earlier this month, Robinson put out his top five schools. Alabama, Clemson, Georgia and LSU were on that list, as well as Tennessee. The primary recruiter for Tennessee — former North Carolina Central head coach Jerry Mack. Mack was hired at UT this winter to coach running backs and to get talented prospects in recruiting.

So far JSU has been using a “running back” by committee formula that has seen several backs featured. Last week it was Santee Marshall, a walk-on running back and who started at Division II Miles College in the SIAC.

Since being hired by Jackson State last September, Deion Sanders has talked about going after the top-level high-school talent. He landed his son, Sheduer, as well as a few other four-stars in his first-ever recruiting class which was ranked tops in the FCS.

Even with Deion Sanders, JSU is still a long shot to land Robinson. But while he didn’t have much of a response to Alabama A&M head coach Connell Maynor’s challenge to “get more five stars” it’s clear that he’s making sure they know he’s interested.