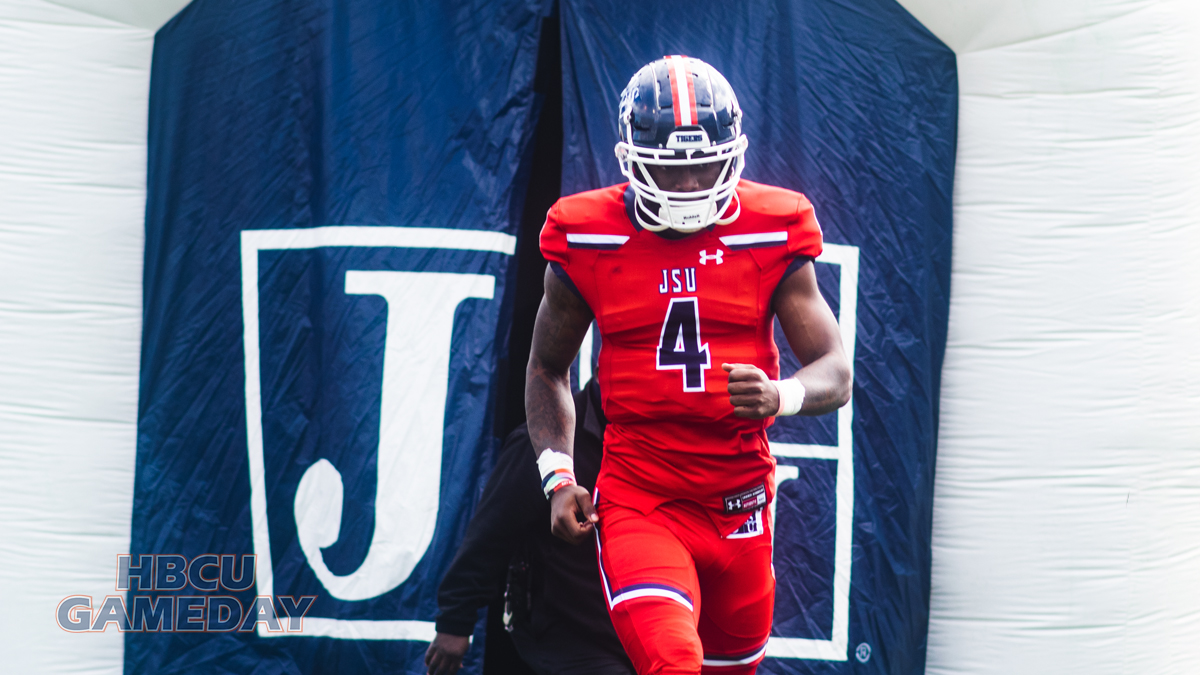 The Jalon Jones era has come to an end for Deion Sanders and his Jackson State program. The former four-star quarterback who started the season for JSU announced on Thursday that he is entering the transfer portal.

“My time here at 1400 Jr. Lynch street has been nothing short of amazing,” Jones wrote, alluding to JSU’s location. “The memories and relationships that I have made here will stay with me for the rest of my life. I’m proud to call myself a true Jacksonian.”

The Henrico, VA native started the first five games of the season under new head coach Deion Sanders before taking a backseat to Quincy Casey against Alabama A&M. Jones completed 55.6 percent of his passes and threw for 12 touchdowns to just three interceptions in those five games.

Sanders made the switch to Casey after back-to-back losses to Alabama State and Southern. Jones threw all three of his picks in those two games while playing under duress. His offensive line didn’t give him much support, forcing him to run for his life much of the time. Jones also rushed for five touchdowns in those five games.

Jones thanked both Sanders and John Hendrick, JSU’s previous head coach. Hendrick brought Jones in as a transfer from the University of Florida.

“I want to say thank you to Coach Hendrick, because without him I would have never had this special opportunity,” he wrote. “I also want to thank Coach Prime for this opportunity, I’ve learned so much under his coaching.”

Casey came through with a solid performance in Saturday’s loss to Alabama A&M. The redshirt freshman completed 30 of 47 pass attempts and threw for four touchdowns with no interceptions.

It has been widely speculated that Sheduer Sanders, Deion’s son and a four-star recruit himself, would be the starter in the fall. Earlier this week, Sanders told the media what he relayed on the sideline to Sheduer, who will be eligible to play in the fall.

“This is never going to happen on your watch,” he said. “I promise you that, and you’re not going to allow it to.”