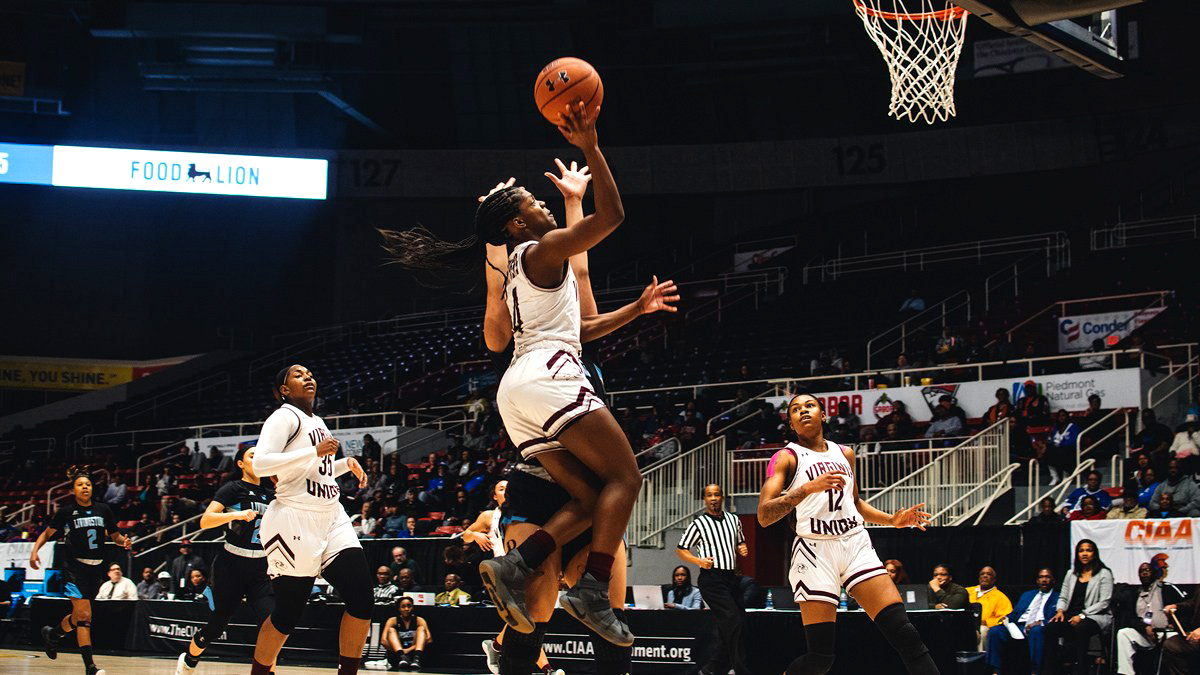 Shareka McNeill was a prolific scorer on the Division II level. Now she’s taking her talents to D1 hoops

Shareka McNeill became a legend at one HBCU, and now she’s taking her talent to another.

The former Virginia Union superstar is moving up to Division I. North Carolina A&T women’s basketball made the announcement via Twitter on Wednesday evening. It also announced the signing of former Francis Marion post player Kiana Adderton.

The 5’6 guard is a huge grab for A&T, which won the MEAC regular season and tournament titles last month.

McNeill was one of the premier scorers in all of college basketball before a knee injury ended her junior season prematurely. She was the leading scorer in Division II basketball with an average of 32.1 points per game, including a 57 point outburst against Livingstone College.

She was far from a one-year wonder, at VUU, however. The Charlotte, NC native arrived in Richmond along with her twin sister, Shemeka, and averaged 12.5 points to help the team claim the CIAA title. She doubled her points per game as a sophomore, averaging 24.7 ppg. She won CIAA Player of The Year honors before going bonkers in the CIAA Tournament.

McNeill opened the 2019 CIAA Tournament with a net-scorching 59-point performance against Livingstone College. She hit 19 of her 29 field goal attempts, including a 14-for-20 performance from the 3-point line. She followed that up with 38 and 37-point performances in the CIAA semis and finals to lead VUU to a repeat title.

It shouldn’t be a surprise that Shareka McNeill is moving on and up to Division I basketball. Since she last played, the Virginia Union program has undergone a coaching change, in addition to the pandemic shutting down CIAA ball for 2021.

A&T has been one of the better programs in HBCU basketball under Tarrell Robinson. The A&T program had six freshmen in 2020-2021, and could use some veteran leadership. And the former Harding High School star will be a little closer to home.

Surely, the rest of the CIAA thanks the Aggies for taking at least one McNeill off their hands.