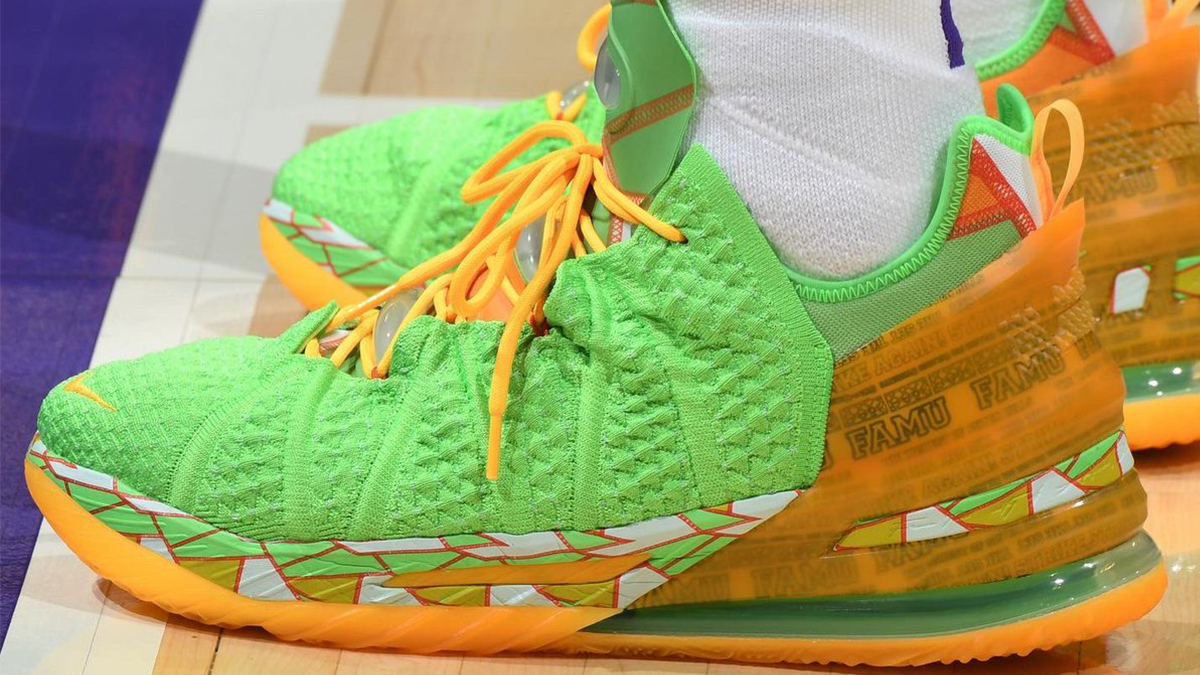 LeBron James and the Los Angeles Lakers fell to the Phoenix Suns on Tuesday. But the four-time MVP had a big game in some FAMU-themed Nikes.

LeBron James handed out some HBCU love on Tuesday night, via his feet.

The four-time MVP wore a pair of Florida A&M-themed sneakers in the Los Angeles Lakers’ 114-104 loss to the Phoenix Suns.

He arrived at Staples Center with the green sneakers in his hand, giving everyone a glimpse of what was to come.

The Lakers would ultimately lose the game 114-101, but James definitely carried his weight. The 36-year-old put up 38 points along with five rebounds and six assists in 38 minutes. So we might see these sneakers again.

After the game, James took to Twitter to shoutout FAMU. He also hinted that there may possibly be some collaboration between him and the university at some point.

Ironically the Lakers opponent— the Suns —  are quarterbacked by veteran point guard Chris Paul. In addition to being one of the all-time greats in the NBA, he’s also a noted HBCU advocate. He’s currently producing a documentary series on North Carolina Central basketball entitled “Why Not Us” that is airing on ESPN-Plus.

Of course, Paul famously used last fall’s NBA Bubble to showcase his love and support for HBCUs, wearing sneakers with the logo of many of them. He later revealed that he was enrolled in classes at Winston-Salem State University, his hometown HBCU.

James and Paul have been friends for nearly 20 years since both were superstar prep athletes. Back in 2012 he brought James and pretty much every other relevant basketball star in the wold at the time (sans Kobe Bryant) to WSSU to play in an All-Star Charity event.

Perhaps LeBron James just randomly decided he wanted to wear a pair of FAMU-themed sneakers. Or perhaps James, who has proven he’s about much more than basketball, has something in the works with FAMU.  Time will tell, but his friends’ outspoken dedication to uplifting HBCUs and build relationships with them probably had a little something to do with that as well.