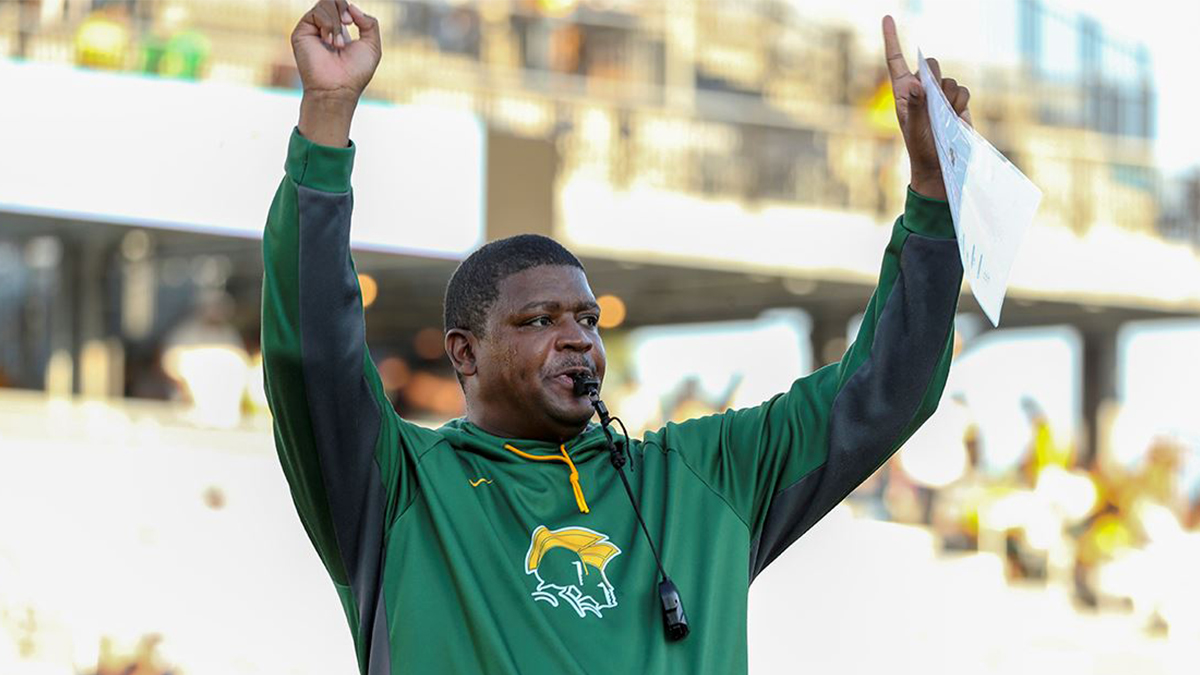 Norfolk State is looking for a new football coach as Latrell Scott will take a job with East Carolina after six years guiding NSU.

Norfolk State is in the market for a new head coach as Latrell Scott has resigned his post.

NSU announced Wednesday morning that Scott had resigned to “seek other opportunities.”Scott will take an assistant coaching position with East Carolina, a source close to the situation told HBCU Gameday following a Yahoo report.

Assistant head coach William “B.T.” Sherman will serve as interim head coach. Sherman is in his fourth year on the NSU coaching staff.

“We would like to thank Coach Scott for his hard work and dedication to our football program over these past six years,” NSU AD Dr. Melody Webb said. “I wish him and his family much success in the future.”

“This was a very hard decision. Brandi, Chase and I love the NSU campus community, our staff and players,” Scott said. “It was truly a family decision that we feel is best for us right now. We will miss this program we’ve become so ingrained in and want nothing but the best for the Spartans moving forward.”

Scott was hired by NSU in December of 2014 and guided NSU to a 21-35 record in his five seasons. His best season came in 2019, when NSU won three of its final four games to finish 5-7 – the program’s best mark since 2011. A school-record 13 Spartans were named to the All-MEAC football teams that year and NSU scored a school Division I-record 28.9 points per game. Eight of the 13 are still part of the program.

The Hampton alumnus has also served as head coach at Richmond as well as Virginia State, where he led VSU to the 2014 CIAA title before coming to NSU.

NSU did not compete during the fall 2020 or spring 2021 seasons due to circumstances surrounding the COVID-19 pandemic.