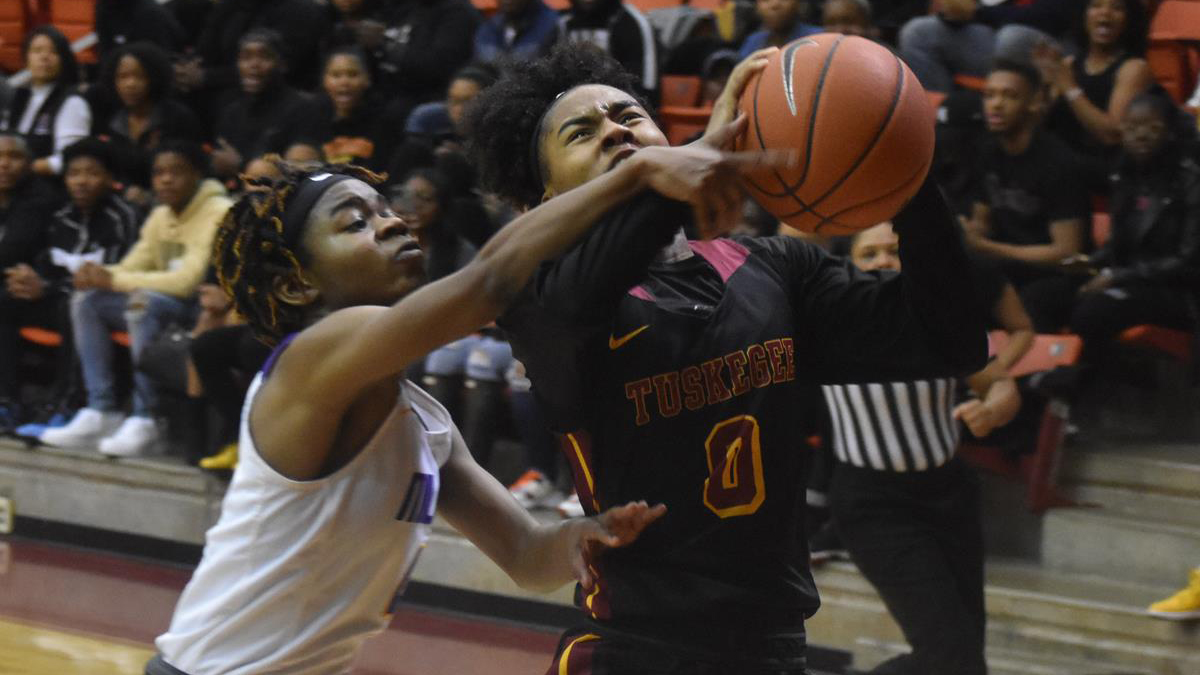 Tuskegee women grind to the top of SIAC hoops

The Tuskegee women had lost 11 in a row to Benedict, including the SIAC title game and its first loss of 2020. But Tuskegee proved to be the stronger team.

Tuskegee still remembers how it felt when it gingerly walked off the court at the Rock Hill Indoor Athletic Center last March. Meanwhile, Benedict cut down the nets and celebrated an SIAC title while exerting dominance over ‘Skegee.

Fast foward 11 months and a pandemic that forced a condensed season. Both squads met up in South Carolina again, this time on Benedict’s campus in Columbia. Neither of them had a blemish on their record, and both were looking to make a statement. The result was a familiar one. Another win for Benedict.

Tuskegee won three consecutive games against the defending SIAC Champions after Sunday’s 72-62 win. That improved its record to 12-1 overall as it heads into the stretch run of the season.

“This team is finally understanding what it takes to beat a top tier team,” head coach Trelanne Powell told HBCU Gameday. “They understand that the game is about runs and who can withstand the opposing runs! However, we are still learning discipline defensively and how to play through mistakes without letting it completely take us out of focus.”

And the Tuskegee women are learning fast. Wednesday’s 67-58 loss to Benedict was a disappointing start for Tuskegee, whose last loss had come in the SIAC Championship to the same program. But it didn’t have long to sulk about the loss— it had to play again the next day.

Redshirt junior forward Ashalia Jackson had the game of her life in Tuskegee’s 86-78 win over Benedict on Thursday. She scored 36 points on 15-for-19 shooting while also grabbing 14 rebounds and recording three steals. The was a huge performance in a huge win. She followed that up with a 21 point performance on 8-for-10 shooting from the floor and added three steals to go with her seven rebounds in a ten-point win on Saturday.

Senior guard India Blakely had a career game in Saturday’s 90-88 win in Tuskegee. She scored 28 points on 9-for-15 shooting in the win.  She followed that up with a 17-point, eight assist game in Sunday’s finale.

Other players like JuToreyia Willis and Lena Yoonis all stepped us well at times during the series.

“We broke an 11 game losing streak vs Benedict with our first win at their place on Thursday night and to win two, back to back lets us know this program is continuing to climb in the right direction,” Powell told HBCU Gameday before Sunday’s game. “Benedict has not lost back-to-back games since 2018.”

Three games — all of them on the road — remain on the Golden Tiger’s condensed schedule. “The way we have packed these games into about a span of a month and half proves how bad these ladies wanted to play and were willing to make the necessary sacrifices to do so. Their bodies and minds are very fatigued right now,” Powell said. “I couldn’t be more proud of these young women for displaying so much heart.”

As for Powell, her next win will be her 50th in just what amounts to two-and-a-half seasons. It’s all the more impressive considering where the program was when Powell took it over heading into the 2018-2019 season. Tuskegee’s women’s basketball program was 23-83 in the four years preceding her arrival.

It’s safe to say that the sleeping giant of the SIAC is alive and well.

Tuskegee women grind to the top of SIAC hoops