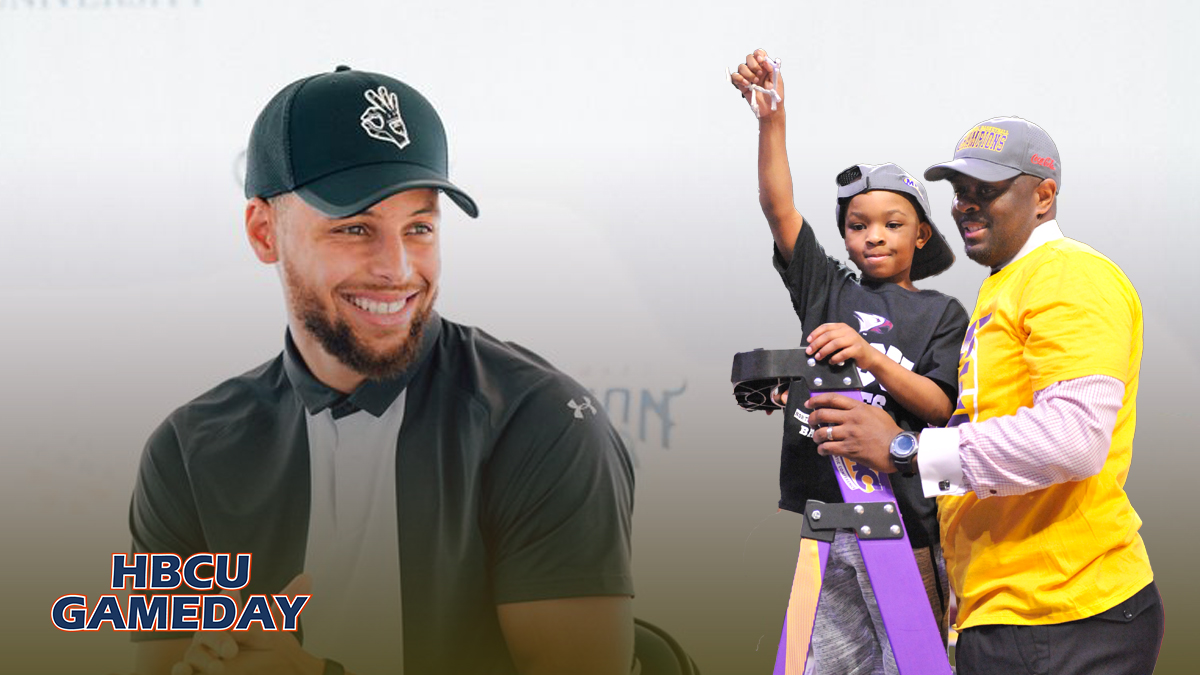 Two-time NBA champion Stephen Curry is getting a lot of questions these days. But the most unexpected grilling he has received this season came from an eight-year-old.

North Carolina Central basketball coach LeVelle Moton posted a video of a FaceTime chat between his son, LeVelle Jr., (AKA VJ) and Curry during a recent call for his birthday. After congratulating him on a good game, the younger Moton took the opportunity to ask Curry a question that pretty much no one expected.

“How much do you get paid in the NBA?” Moton asked.  Curry didn’t answer, he just laughed.

We couldn’t see coach Moton’s face behind the camera, but it wasn’t hard to imagine the look on it.

“You can’t ask a man bout his money,” Moton said with a laugh. “He makes minimum wage.”

Curry told Moton he wanted to FaceTime his son for his birthday prior to the moment, so obviously the question was brewing in his head for quite some time. No good deed goes unpunished.

For what it’s worth, Stephen Curry is the highest-paid player in the NBA at the moment. He makes $43 million a year, a little less than $2 million more than Russell Westbrook at no. 2. It’s money well-earned, although he has been generous with it at HBCUs. Particularly at Howard University, where he helped restart the golf program and, on Christmas, he gifted the men’s basketball program with his latest Under Armour sneakers.

The younger Moton has gone viral before. Back in 2019, a slightly younger VJ burst into tears when he found out one of his favorite players would be leaving after senior day. That video was all over the web, and even made it to Sportscenter.

This one has similar potential as well.