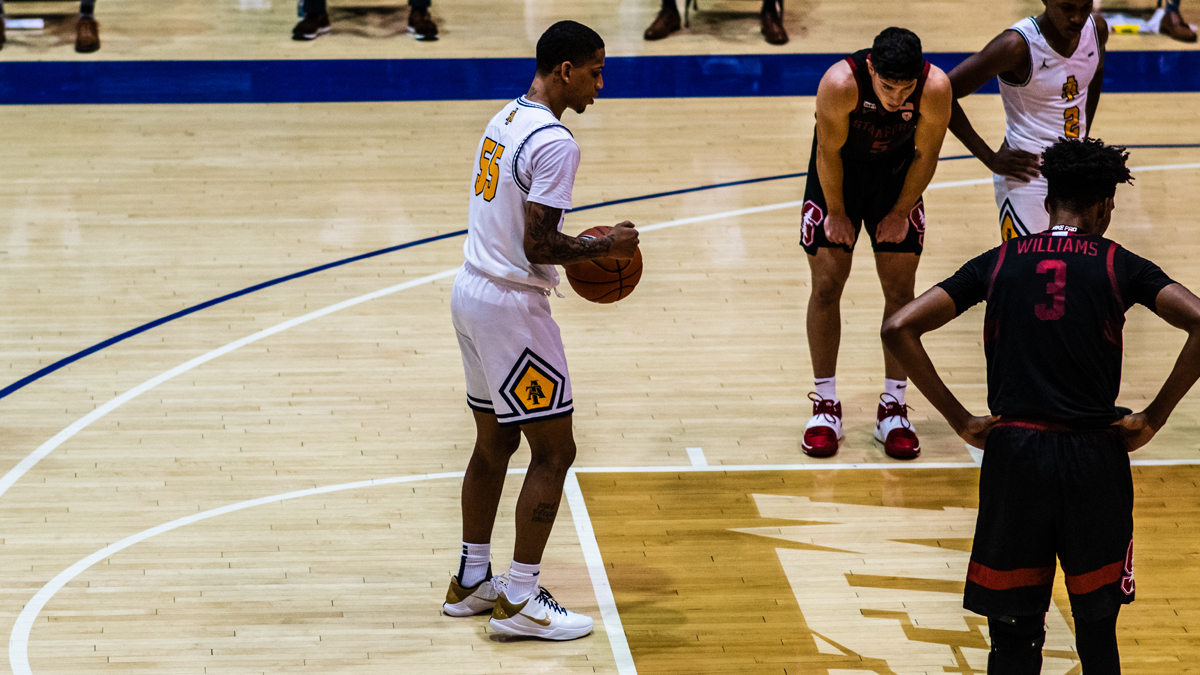 After a frustrating month against tough completion, North Carolina A&T opened its final MEAC basketball season with a win.

A&T used a balanced offensive attack as it had five players in double-figures in its 97-86 win over SC State in Orangeburg. The game was the first of a back-to-back between the two programs as part of the MEAC’s adjustment to COVID-19.

Blake Harris led the way for NC A&T with 19 points, a career-high for the former NC State and Missouri hooper. Harris shot hit six of his nine attempts in the game an went 7-for-8 from the free-throw line.

A&T shot well as a whole, hitting 60.3 percent from the field in its first win over a Division I team since Charleston Southern on Dec. 1. Tyler Maye added 14 points on 7-for-9 shooting. Tyrone Lyons and Webster Filmore added 13 each and Kameron Langley chipped in 11 points to go with three assists.

SC State shot well too, hitting 57.9 percent of its attempts. The difference was in the paint, where A&T scored 60 of its points, as well as the free-throw line. A&T got to the line 31 times while SC State had just 17 free throw attempts.

Rashaan Edwards led the Bulldogs with 15 points. Four other players scored in double-figures as well. The Bulldogs will head into Sunday’s matchup still looking for its first win of the season as it is now 0-11.

A&T an SC State were not the only MEAC games on the docket this weekend.

The Norfolk State men’s basketball program announced Saturday that its two home games against Howard this Sunday and Monday will not be played as scheduled due to Howard’s COVID-19 protocols.

The Spartan men are next scheduled to be in action when they host Morgan State on Jan. 9-10 at Echols Hall.