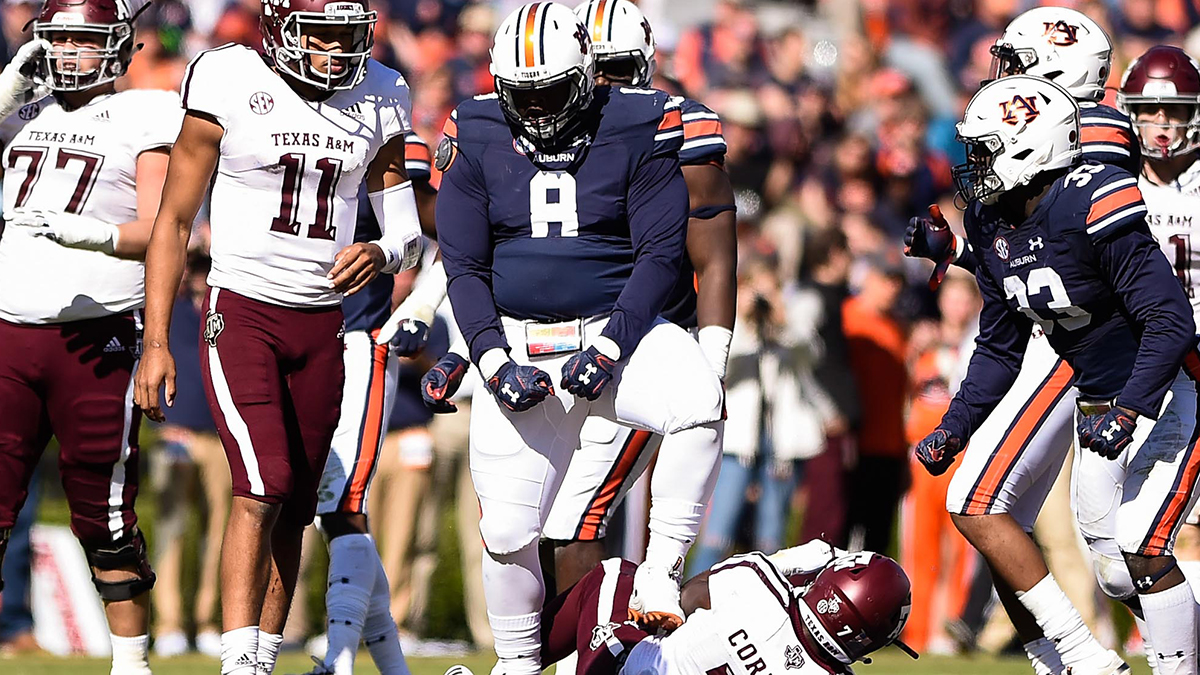 Deion Sanders has been getting Power Five transfers, particularly of the SEC variety, almost as long as he’s been at JSU.

The number 21 has always been good to Deion Sanders. The first day of 2021 is holding true to form for the Jackson State head coach.

JSU has started the new year with yet another Power Five transfer. This time its former Auburn defensive tackle Coynis Miller, Jr. Miller announced his decision to transfer to JSU in a tweet on Jan. 1.

Another big get for Deion Sanders

The 6’2, 300 pound defensive tackle from Jacksonville, Florida was a four-star recruit in the 2018 class for Auburn. He played eight games in the following two seasons, but did not make any appearances in 2020.

He’s the latest Power Five transfer to come aboard since Deion Sanders was hired back in September. Missouri’s Aubrey Miller and Dylan Spencer, USC’s Abdul-Malik McClain, Florida State’s Nyles Gaddy, Missississippi State’s Javorrius Selmson have all joined JSU since then. So too has Sanders’ son, Shilo, who started his career at South Carolina.

Jackson State made headlines on early signing day when it signed the top class in FCS football, and one of the best classes in all of college football. That class also included Sanders’ son Shedeur, a four-star quarterback that had initially committed to Florida Atlantic.