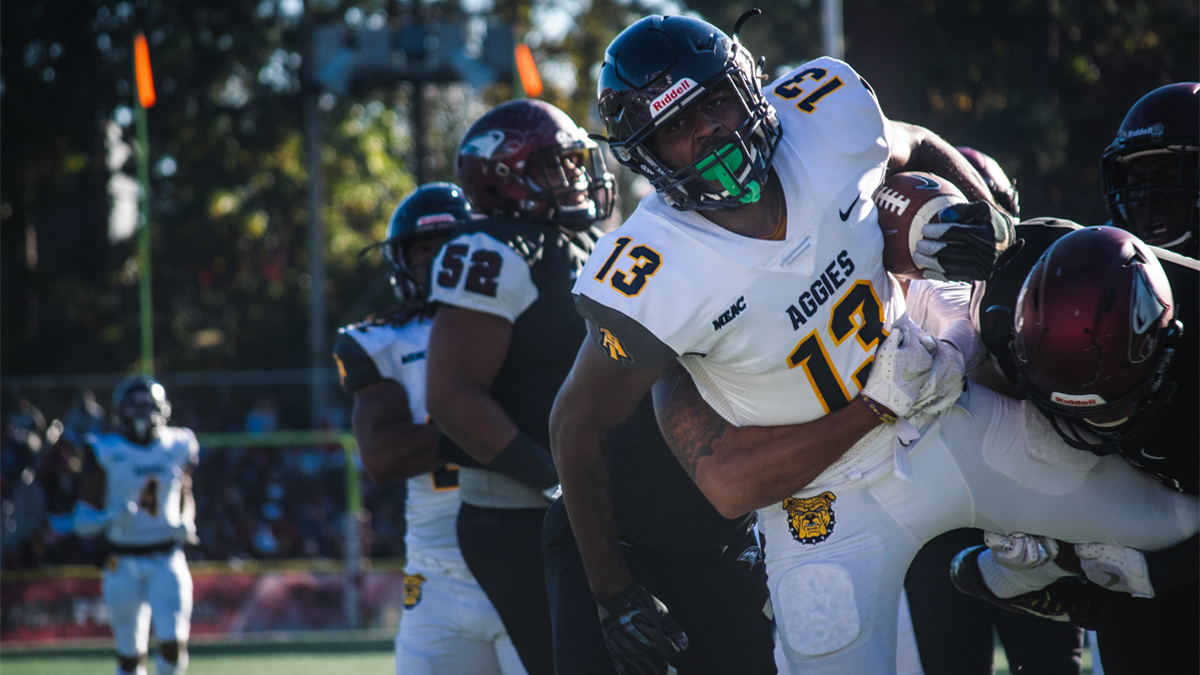 NCCU on NCAT football schedule for next decade

North Carolina A&T and NCCU have remained rivals across different NCAA Divisions and conferences, and that trend will continue for the next decade.

DURHAM, N.C. – Longtime rivals North Carolina Central University and North Carolina A&T State University have signed a 10-year football schedule agreement to ensure the Eagles and Aggies will clash on the gridiron each season from 2021 through 2030.

“I want to thank our colleagues at North Carolina A&T State University for partnering with us on this agreement,” said NCCU Director of Athletics Dr. Ingrid Wicker McCree. “This game is one of the highlights of every football season for our student-athletes, alumni and fans, so we are excited to be able to guarantee that we will meet our in-state rival on the gridiron for the next 10 years.”

With North Carolina A&T announcing its departure from the Mid-Eastern Athletic Conference (MEAC) starting in the fall of 2021, questions arose as to if the rivalry would continue once the Aggies are competing in the Big South Conference. Thursday’s announcement put those questions to rest.

Trei Oliver has experienced the Eagle-Aggie rivalry through a variety of lenses, including as a student-athlete at NCCU, an assistant coach at A&T, and now as the head coach at his alma mater.

“After nearly a year of dealing with COVID-19, I am excited to get back to some sense of normalcy,” said Oliver. “What better way to return than by announcing our new 10-year agreement with our arch in-state rival North Carolina A&T. I think it was important to alumni, students, and fans from both universities that this rivalry continued.”

N.C. A&T football head coach Sam Washington has also seen both sides of the tradition, having served as assistant head coach and defensive coordinator at NCCU from 1993-2000.

“I think the game is important to the players because it gives them an opportunity to compete against guys they have been playing with or against since junior high school,” said Washington. “The competitive fire runs real deep when you put these two teams on the field together. It is a rivalry that is starting to grow in stature along with some of the other HBCU historic rivalries like the Florida Classic, and certainly, in the state of North Carolina, it’s a huge event in terms of bragging rights.”

The home team will alternate each year, starting with the 2021 game in Greensboro.

NCCU on NCAT football schedule for next decade