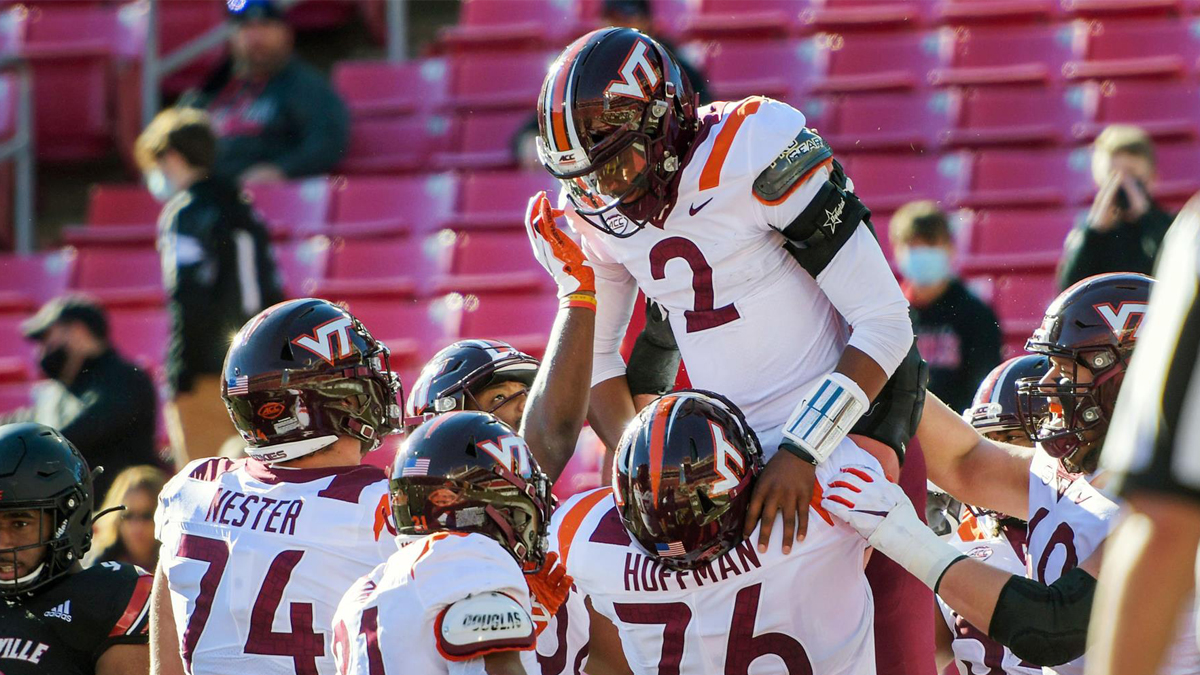 Could Hendon Hooker finally end up at NCAT?

Hendon Hooker was Aggie Born and Aggie bred. Now that he’s back in the transfer portal, is there any room for him at NCAT?

Hendon Hooker, an ACC quarterback with deep HBCU ties, is officially back in the transfer portal.

The former Virginia Tech quarterback announced on Thursday that he will be entering the transfer portal for the second time in two years.

“Upon December graduation I have decided to enter the transfer portal. This is one of the hardest decisions that I’ve ever had to make” Hooker wrote on Twitter. “Being a Hokie has been an unforgettable experience. To all of my brothers, I love you all like my blood.”

Hooker is the eldest son of Alan Hooker, one of the most revered quarterbacks in North Carolina A&T history. The younger Hooker grew up in Greensboro where he became a prep star at Dudley High School. After redshirting in 2017 and seeing little action in 2018, Hendon Hooker put his name in the transfer portal, leading many to hope that he may follow in his father’s footsteps.

Instead, he returned to Blacksburg, VA where he has started 15 games over the past two seasons, including seven in 2020. He compiled nearly 2,000 yards of total offense, including 620 yards on the ground. He also accounted for 18 scores, nine in the air and nine on the ground.

Hooker will likely have many options in terms of where he plays his final season of college eligibility next year. Many FBS schools would love to have a quarterback with his talents, and so would many FCS programs if he so chose. His younger brother, Alston, committed to A&T this spring. He’s a quarterback as well.

A&T enters spring 2020 football with two redshirt junior quarterbacks– Jalen Fowler and Kingsley Ifedi– along with redshirt sophomore Khalil Gilliam. Hooker would not be eligible to play until Fall 2021, however.

Remember that NCAT signed highly-touted Class of 2021 member Zach Yeager on Wednesday. So the cupboard is far from bare at quarterback. However, it’s hard to imagine NCAT or any FCS program telling a player like Hooker “no thanks” if he wants to come home. Most likely, though, he’ll find his way into the starting lineup of an FBS program that can make good use of his total package.

Could Hendon Hooker finally end up at NCAT?