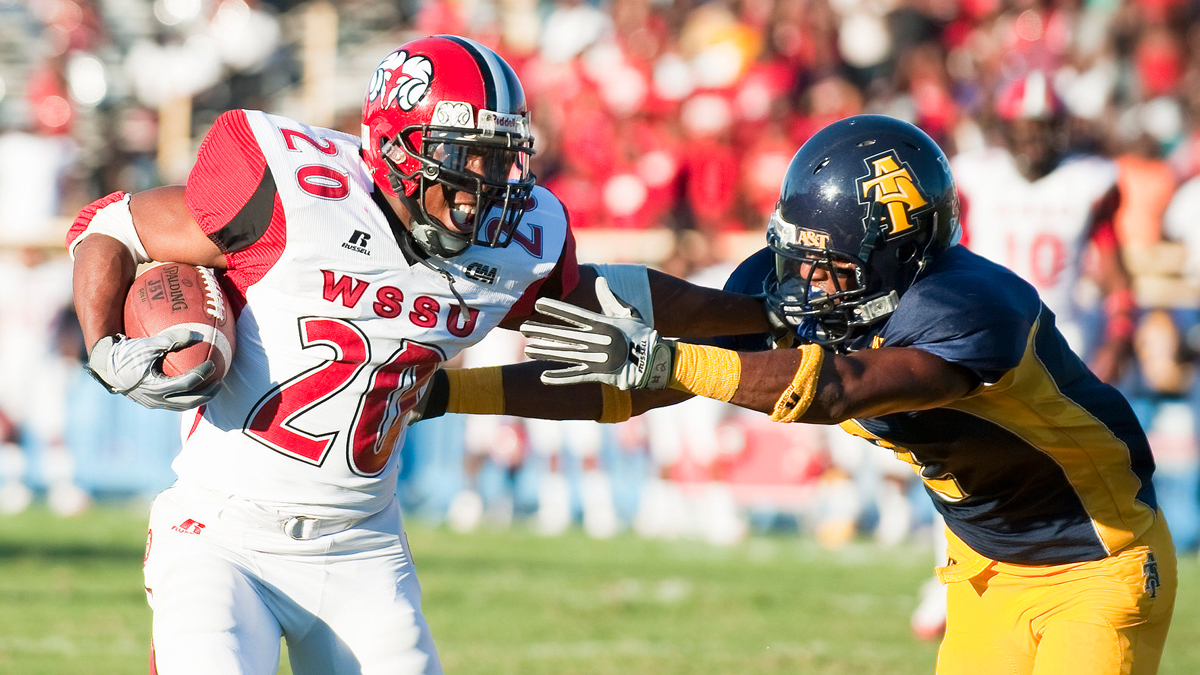 North Carolina A&T and Winston-Salem State, separated by 30 minutes and one NCAA Division, are set to renew their football rivalry.

COURTESY: NC A&T ATHLETICS
EAST GREENSBORO – The North Carolina A&T and Winston-Salem State football rivalry is on its way back.

The two Piedmont historically black universities who have been rivals dating back to their first football meeting on Oct. 7, 1944, will renew their rivalry at Truist Stadium on September 7, 2024. It will be the first meeting between the two teams since September 4, 2010 when the Rams defeated the Aggies 21-14 in East Greensboro.

The Aggies lead the all-time series 36-12. The renewal of the WSSU rivalry will be a part of the 100-year celebration of N.C. A&T football.

“I know our fan base has been excited about the prospect of playing this game since WSSU withdrew their petition to join the MEAC,” said N.C. A&T Director of Athletics, Earl M. Hilton III. “I am glad we were able to put this together for our fans.”

The Aggie-Rams series gained steam after the Rams announced their intentions to become a Division I athletics program and a provisional member of the Mid-Eastern Athletic Conference (MEAC), the same conference the Aggies called home. The Rams and the Aggies played each other every season from 2006-10 before the Rams decided to stop their quest for Division I status and returned to Division II play.

The series’ long hiatus will end in 2024. The game has traditionally brought large-to-capacity level crowds when played in Greensboro as well as Winston-Salem.

“This is a tremendous opportunity to renew a historic rivalry, the Battle of I-40, during this anniversary year at NCAT’s Truist Stadium,” said WSSU Director Athletics Etienne Thomas. “Thanks to the vision and leadership at both schools we will be able to provide our fans with a phenomenal event. Fans of both institutions will get a chance to renew one of the great rivalries in college football.  We are excited that Chancellor Martin, Athletics Director Earl Hinton and Coach Washington thought of WSSU for inclusion in this celebration.”