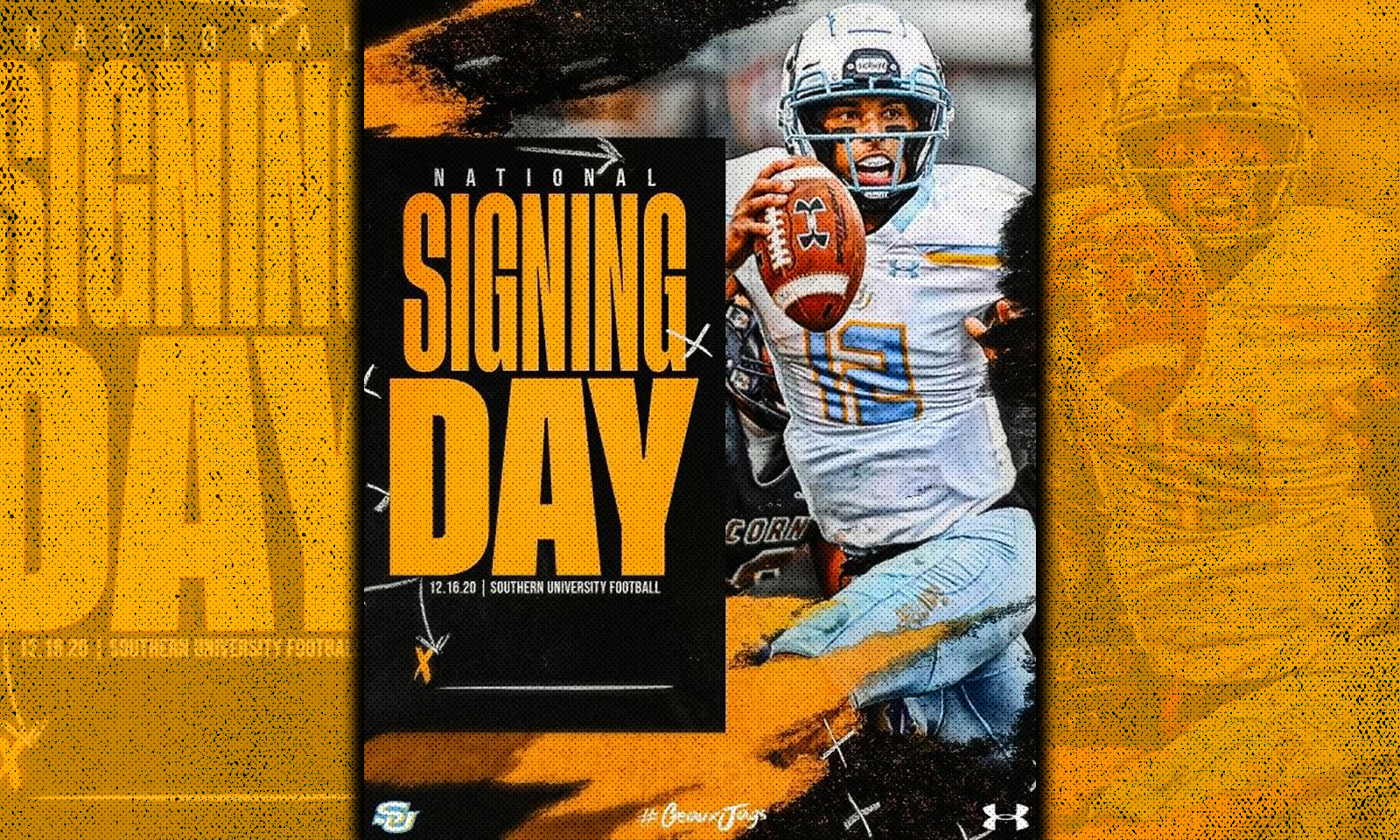 The Jaguars signed one player from the State of Louisiana and one from Georgia during Wednesday’s early signing day.

SU plans on adding more to its signing class during the February signing period.

Kobe Dillon I QB I 6-1 I 210 I Ferriday, LA. I Hinds Community College I Ferriday HS

Dillon is a 3-star recruit by 247Sports… Senior season was 120-of-199 for 2,112 yards and 23 touchdowns with only four interceptions… He rushed for 1,730 yards for 116 yards and 21 TDs… Led Ferriday to the LHSAA Class 2A State Championship with a win over Many HS 56-17, where he was named Most Outstanding Player… Finished the game with 225 yards and four touchdowns, was 8-of-12 for 174 yards and two touchdowns and rushed 12 times for 51 yards and two TDs… Held offers from Lamar, South Alabama and Grambling State
Kobe Dillon Profile   (Kobe Dillon Highlights)