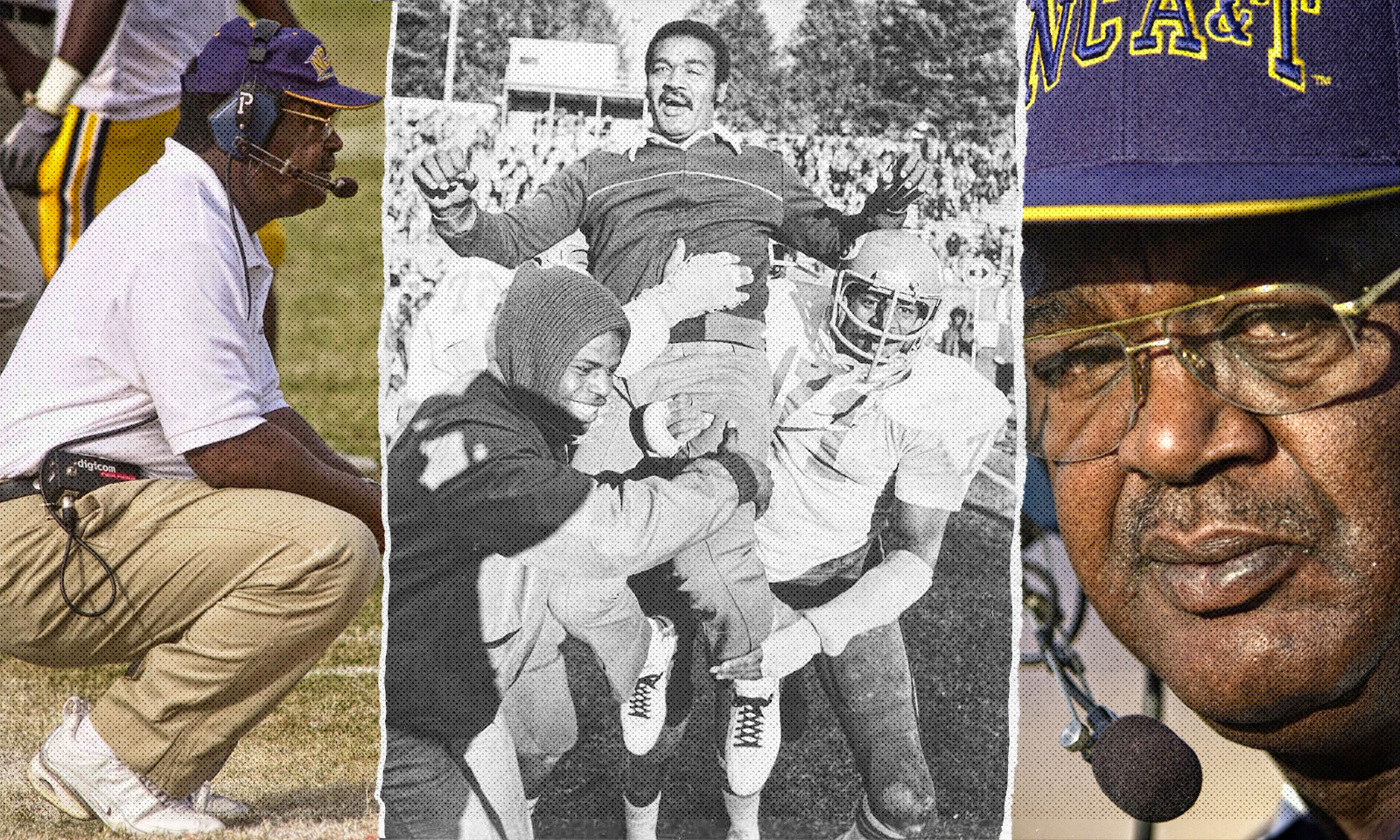 Bill Hayes won a lot of games in his Hall of Fame career, and gave lots of speeches. Hayes showed his ability as a master motivator in a 1991 rivalry game.

When William “Bill” Hayes was a strapping young lad at Durham’s Hillside High School in the 1960s, he knew his college choices were limited to HBCUs.

The emergent power in black college football in the state was North Carolina A&T College. Hayes, a guard and a linebacker, never got recruited by head coach Bert Bell. Instead, he played college ball at home for North Carolina College for Herman Riddick. He never forgot the sting of being ignored by A&T, and beat it several times at Winston-Salem State before being hired in Greensboro.

Thirty years after his slight, Bill Hayes found himself on the other side heading into the 1991 Aggie-Eagle game. His North Carolina A&T team led NC Central 13-0 at halftime, but Hayes knew his team could do better. So he gave them some inspiration.

“I told them at half my mother is feeble,” Hayes told The News and Observer. “She lives about two blocks from Central. I wanted her to have the opportunity to be proud of her son. I don’t know how many more chances I’ll get to make her proud.”

Hayes team did all they could to make Margaret Hayes proud of her son. A&T put up 533 yards of offense on their then-Division II rival, coming up with a 48-0 win. A&T would go on to finish 9-3, claiming a share of the MEAC title and going to the first-ever Heritage Bowl.

It was the biggest margin of victory at the time (which has since been topped). The previous record was a 46-0 win in 1964 — Hayes’ senior season at NCCU.

So not only did Hayes motivate his team to turn it up, he also wrote his team out of the record books.

And that is why Bill Hayes is a Hall of Fame coach. And that speech should probably be in the hall of fame too.