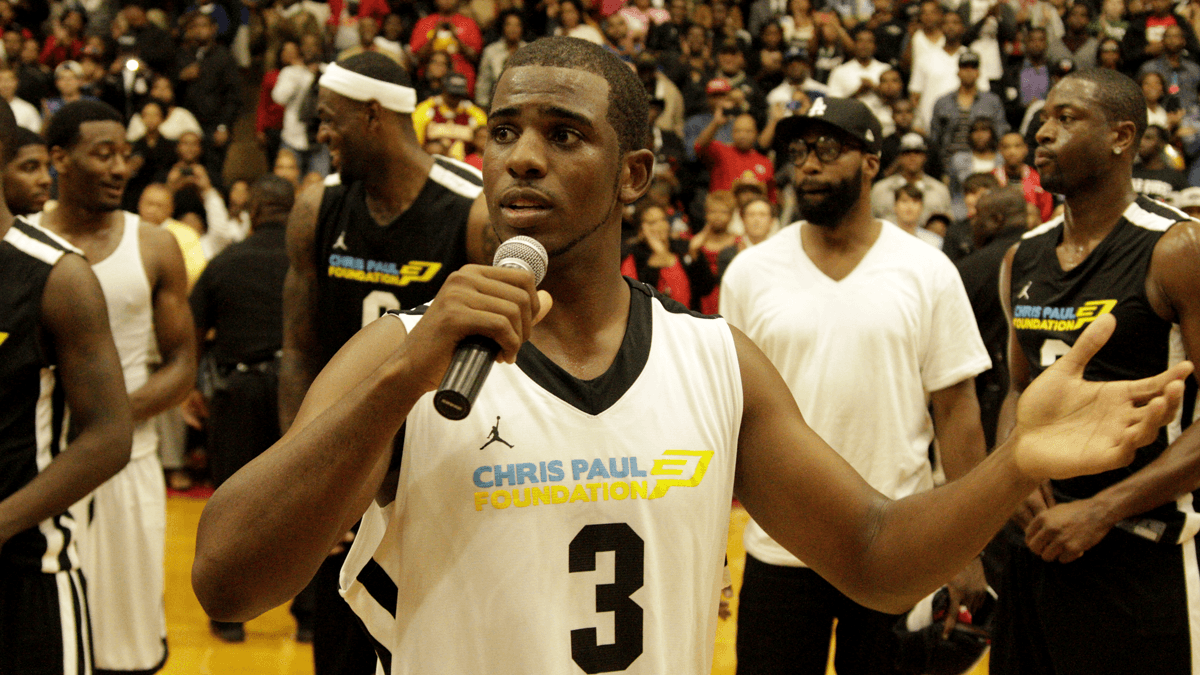 Chris Paul and his HBCU awareness tour will have taken a detour as the All-Star and his fellow hoopers focus on Jacob Blake, who has a direct HBCU tie.

There will be no Chris Paul HBCU sneaker watch on Wednesday night.

Blake was shot in the back by police officers on Sunday in Kenosha, Wisconsin. The 29-year-old was unarmed and shot while he leaned into an SUV. Protests and unrest have followed in the Milwaukee area and beyond.

He has survived being shot multiple times, but has been paralyzed from the waist down, according to his father. His father, Jacob Blake, Sr., is an alumnus of Winston-Salem State University.

Chris Paul is president of the National Basketball Player’s Association. He spoke passionately about Blake’s shooting after his team’s Game Four win.

“I just want to send my prayers out to Jacob Blake and his family. The things that we decided to come down here to play for and we said we gonna speak on — social injustice —  and things that continue to happen to our people…It’s not right.”

Paul has made headlines creating and supporting awareness around HBCUs by wearing shirts and sneakers with their brands and logos in the NBA Bubble. Here’s a list of who he’s spotlighted so far.

As great as Chris Paul’s HBCU sneaker tour has been, obviously, Blake’s shooting is a moment much bigger. Athletes like Paul and his fellow NBA comrades are taking a stand that is long overdue.