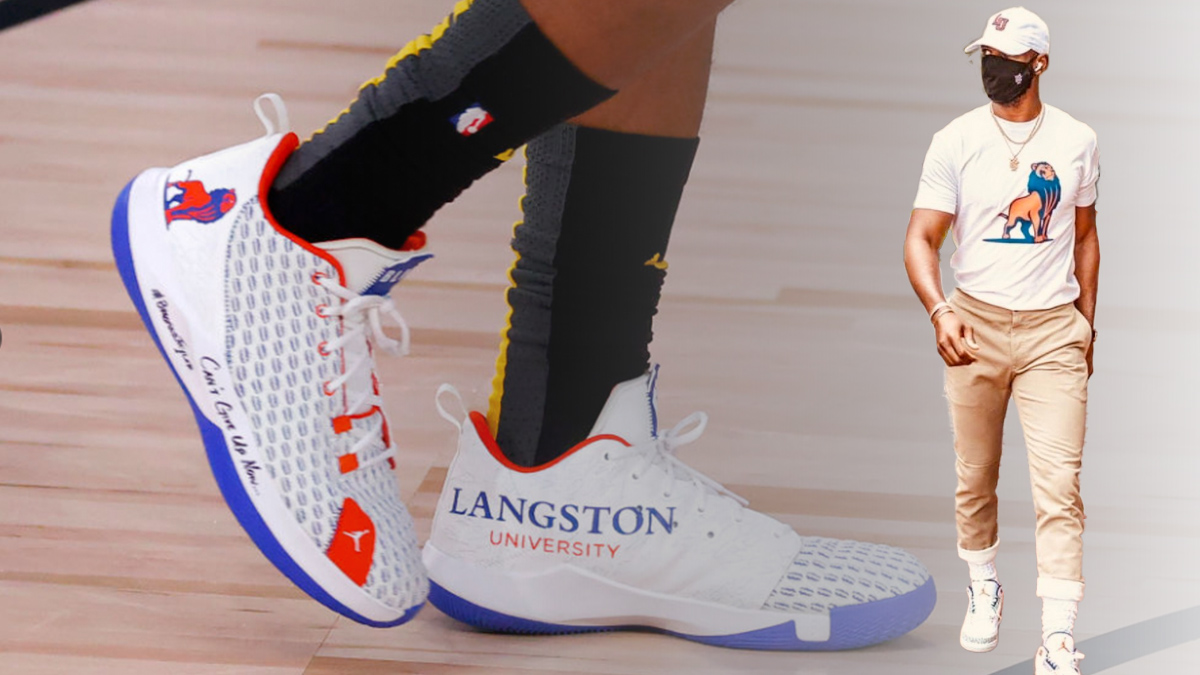 Langston University was the latest HBCU to get the Chris Paul sneaker spotlight. And the Oklahoma City Thunder clinched its playoff berth.

The Oklahoma City Thunder point guard repped the in-state HBCU on Wednesday night. He came into Wednesday’s game with the Miami Heat in Langston University gear.

Of course he also wore sneakers highlighting the HBCU which competes in the NAIA.

Paul had a statistically quiet game by his standards — 12 points, seven rebounds and four assists — but he made his impact felt in other ways.

Duncan Robinson of the Heat got tangled up with Paul heading out of bounds. Paul threw the ball off Robinson, which didn’t sit too well with his teammate Jimmy Butler. Butler responded with an offensive foul that he explained was intentional.

“You’re not gonna throw the ball at my teammate like that,” Butler said after the game.

“We don’t do that here. You mess with one of my guys, especially one of my shooters, then you gotta deal with me and everybody else.

After starting off with three Division I HBCUs (North Carolina A&T, Alabama A&M and Howard University) Paul has given some of the smaller HBCUs major pub.

Friday there was Livingstone College from Paul’s native North Carolina. Then Savannah State and Albany State of the SIAC. Now Langston.

After the game Paul said he’d had some interaction with the school as a young star in the NBA. He previously played with the New Orleans Hornets when they were temporarily relocated to Oklahoma City.

“I had an opportunity to go over there a few times when I was younger in my career, I went to a few activities,” he said.

“Once again just trying to bring awareness to Oklahoma.”

Wednesday’s win against the Heat locked up a playoffs spot against the Rockets, which means more chances for more Chris Paul HBCU spotlight to keep spreading love.