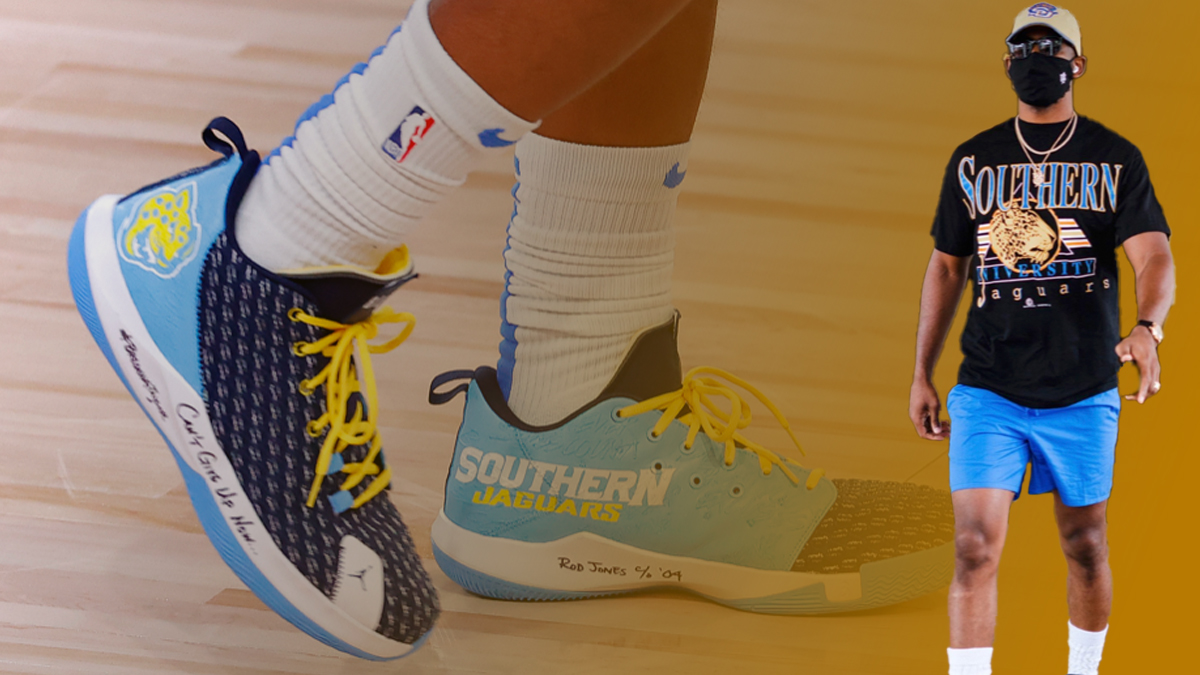 Chris Paul took it to the SWAC on Thursday with a tribute to Southern University. And while the sneakers were nice, the vintage shirt stole the show.

The Chris Paul HBCU sneaker tour went from his hometown to the home state of his first NBA team.

Paul showed up for Game Two of the Oklahoma City Thunder’s playoff series representing Southern University. While the sneakers have been the focus of his on-going campaign to create awareness have mostly been his shoes, his shirt got a lot of attention too.

Paul showed up to the game in very vintage looking black Southern University tee shirt that had folks from Baton Rouge to Boston and all spots in between asking where it came from.

Of course, Paul came through with a cold pair of sneakers that pretty much nobody else in the world has. That makes Southern the latest on a list that now includes:

Paul was drafted third overall in the 2005 NBA Draft by the New Orleans Hornets. Of course, the Hornets would later change their name to the Pelicans, and give the name Hornets back to Charlotte — but that’s another story.

New Orleans is just a hop, skip and jump away from Baton Rouge, home of Southern University. His stylist, Courtney Mays, has a history with the school that dates back to her childhood. So given those connections, it was nearly inevitable that SU would get some CP3 love at some point.

Unfortunately, the Chris Paul HBCU sneaker/gear moment may be coming to an end soon. The Rockets beat the Thunder 111-98, meaning two more losses and OKC’s season is done.