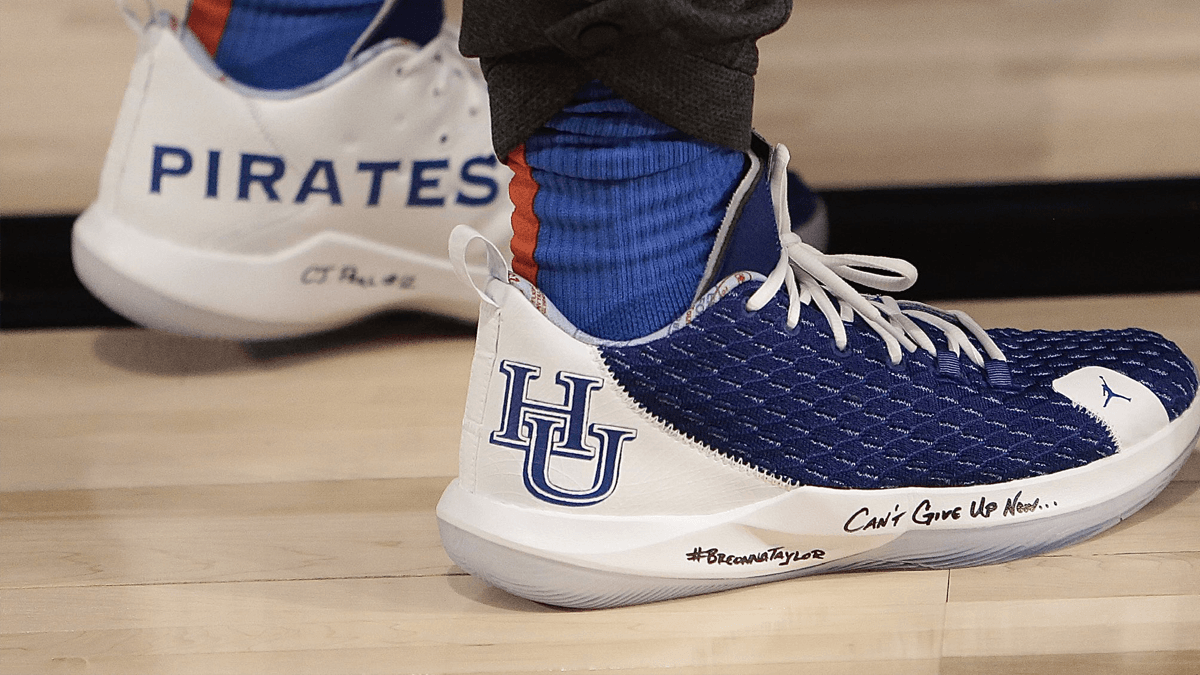 The Pirate sneakers ride shotgun in a thrilling OT game.

Chris Paul took it to the Big South on Saturday night wearing a pair of Hampton inspired Jumpman shoes. The Pirates may have been the good luck charm that Oklahoma City fans were looking for in the series against the Houston Rockets. Paul was the driving force in OKC’s first win, a comeback on top of that, in the series against Houston.

Chris Paul has worn a different pair of HBCU inspired shoes for each game in the NBA Bubble. Paul, who has his own signature shoe with the Jordan Brand, has the shoes custom made.

Roland Padron redesigns shoes for celebrities, athletes, and others with his company Nomad Customs. He got into the celebrity shoe business after designing a pair of shoes for Ray Allen after working as his golf caddy.

Paul scored 26 points in his “Air Hamptons” while leading a fourth-quarter comeback. The Thunder was on the verge of falling behind three games to none before a handful of key plays from Paul. The star point guard found Shai Gilgeous-Alexander for a go-ahead three-pointer with 13 seconds remaining.

After missing what would have been a winning layup as time expired Paul saved some of his best for overtime. He drained two long three-pointers and came up with a key steal in the 119-107 win.

There was another HBCU receiving a little love from Paul on Saturday night as well. Both before and after the game Paul was wearing a Bluefield State College tee-shirt. Wearing it to the podium might have been the assist of the night. The Division II HBCU in West Virginia just announced the start of eleven new sports programs. That level of exposure on the heels of that announcement surely doesn’t hurt.

With at least two games remaining in the playoffs, which HBCU is next remains the big question on the HBCU Sneaker Tour of 2020.