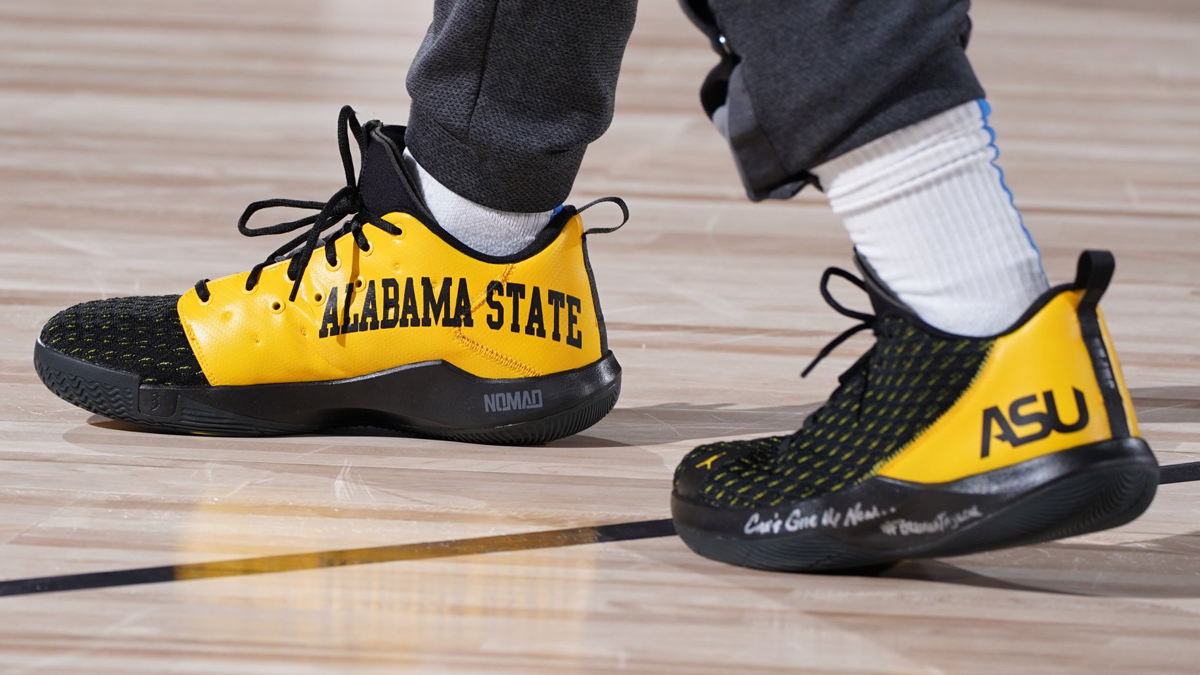 The Hornets lay down the sting in the bubble.

Determining what HBCU school Chris Paul is representing has become a sport for viewers and the at-home media. I spent the entire first quarter of Monday’s Oklahoma City and Houston Rockets game on the phone with Alabama State sports information director Travis Jarome. We were squinting at our televisions in real-time trying to determine if it was Grambling, Alabama State, or Bowie State infusions gracing the floor.

“It has to be Grambling, because he just did Southern.”

That was the essence of the conversation between me and Jarome for the entire first quarter of the game. It wasn’t until a Tweet surfaced in the second quarter that we confirmed it was indeed Alabama State.

It became apparent that Paul has no protocol for notifying schools that they “got next.” If you make the cut you find out in real time just like everyone else.

Monday’s shoe choice featured the Alabama State name on the inside of CP3’s Jordan Brand shoe. The outside heel had the letters “ASU” sans the Hornet logo. The hue was a bit sharper than Alabama State’s traditional color. Imagine the difference between Honey Dijon mustard and French’s yellow mustard. But no one’s complaining. The distinct color was a flashing billboard in essence as Paul streaked up the floor.

Monday was a special day of expression on sneakers across the NBA. August 24 is recognized as Kobe Bryant Day because of his no. 8 and no. 24 jerseys. Players and fans alike honored the late Hall of Fame player with tributes on their shoes and more. Former Oklahoma City point guard and current Houston Rocket Russell Westbrook wore a Bryant jersey on the bench.