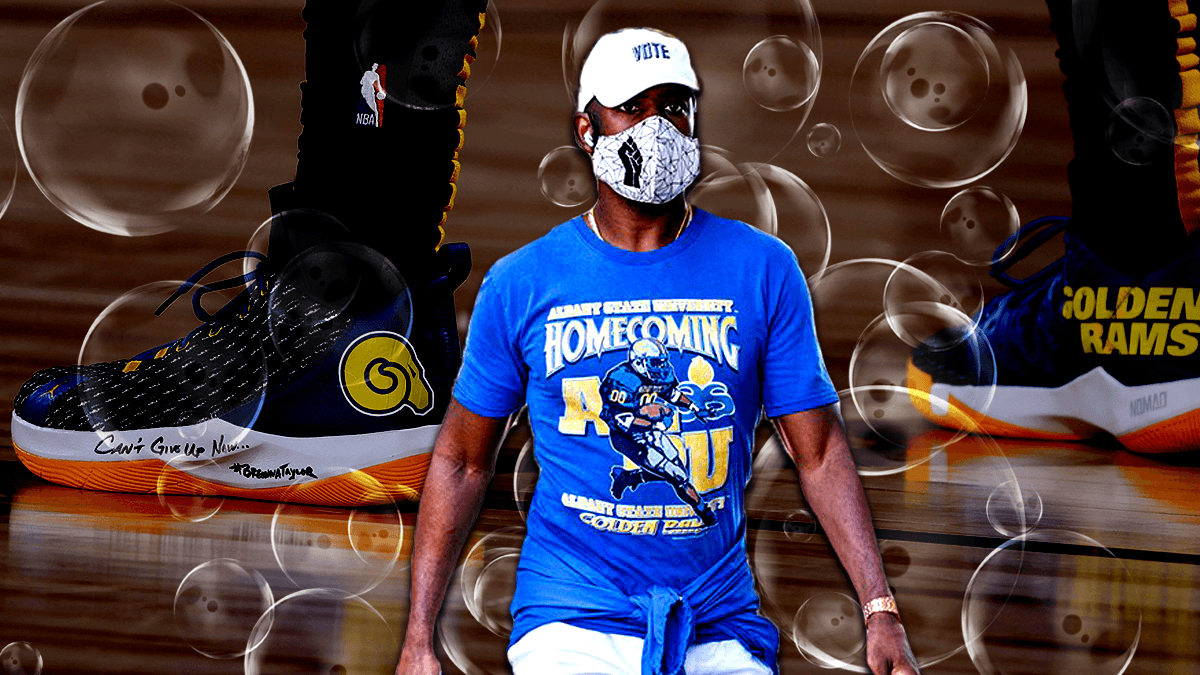 Albany State the latest HBCU to be showcased by CP3.

By now it’s a given that Chris Paul is going to represent a different HBCU during each game in the NBA bubble. It’s officially been unofficially dubbed the HBCU Sneaker Tour. He’s been spreading the love to smaller schools this week with back to back Division II representation. On Sunday it was time to show love to the SIAC and Albany State University.

The Oklahoma City point guard was making his way to the arena on Sunday with an ASU homecoming shirt. Once inside he strapped on a special Albany State shoe. Paul put the blue and gold colorway into action on Sunday in a regionally televised 121-103 win against the Washington Wizards.

Whenever an HBCU fan sees their school, or any HBCU, represented on of the stars of the NBA, it’s a guaranteed reaction.

Paul also wrote “Can’t give up now” on his right shoe and also added “#BreonnaTaylor” just below that. Highlighting social injustice has been the overriding theme for the resumption of this year’s NBA season.

Because it’s the Internet, there’s always someone that needs an explanation of what’s really going on.

There are lots of unanswered questions as life in the NBA bubble continues. Will the Lakers get it together? Are the Blazers going to leapfrog the Grizzlies? And most importantly, which HBCU will Chris Paul represent next?

Note: I dialed the number on Sunday and it disconnected the call automatically after three rings. At any rate with the OKC Thunder guaranteed a spot in the upcoming playoffs, the HBCU love will soon remain on the national stage. It’s just another of the many efforts that Paul continues to do to support HBCUs.