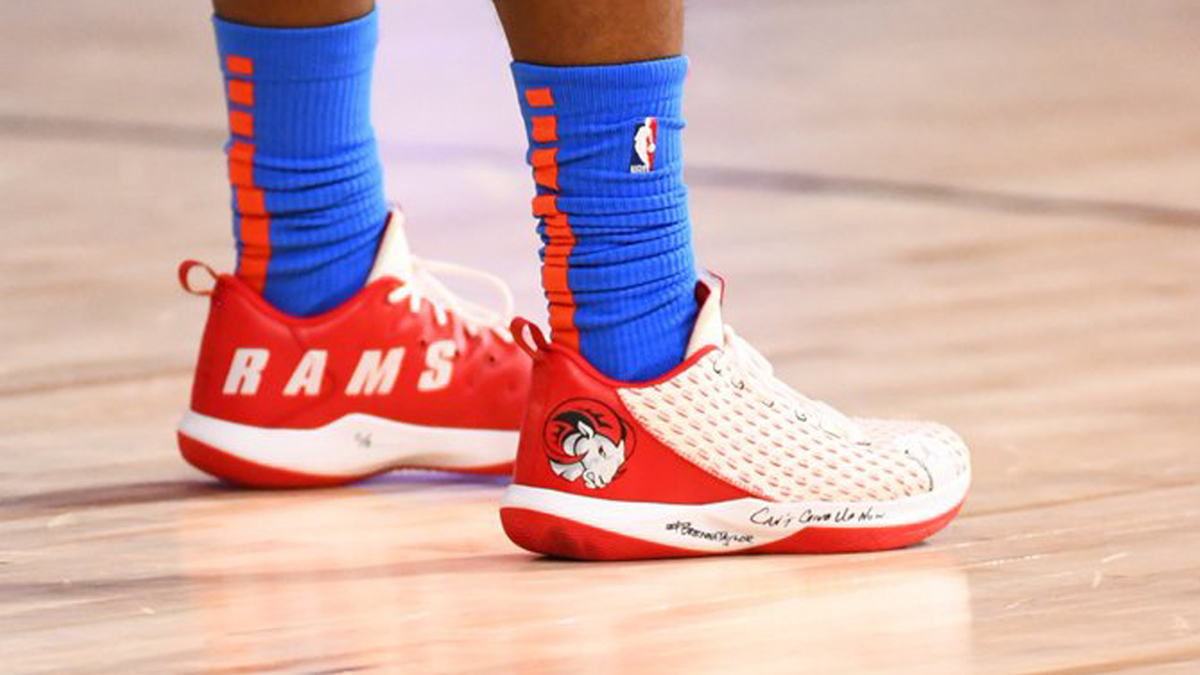 The Chris Paul HBCU Sneaker tour went back to the future Hall of Famer’s roots. Winston-Salem State is in this Wake Forest alumnus’ blood.

It was only a matter of time before the Chris Paul HBCU sneaker tour hit home for the All-Star.

Paul made his 2020 NBA playoffs debut on Tuesday, and added another HBCU to his list. Winston-Salem State University, his hometown university, is the latest on the Chris Paul HBCU sneaker  tour.

The Thunder fell 123-108 to the Houston Rockets in the playoff opener, but Paul played inspired ball. He finished with 20 points, 10 rebounds and nine assists on the night, nearly finishing with a triple-double.

The veteran point guard has turned heads and made headlines in the NBA Bubble by representing HBCUs on his feet. Prior to WSSU there was:

Out of all the HBCUs to choose from, it was almost inevitable that WSSU would get some love from Paul. Both his parents attended the school, and his beloved grandfather was a supporter as well.

Paul went on to play his college ball across Highway 52 at Wake Forest University, but he’s kept a soft spot in his heart for WSSU.

“I’m not where I am today without my experience at Wake Forest,” Paul told GQ. “But I was also lucky to be right down the street from Winston-Salem State University…Honestly, deep down inside, I wish I’d had an opportunity [to attend an HBCU]. They mean everything to me. I think that the funding, the facilities, the facilities when it comes to athletics, it’s one of the biggest things that has to change.”

CP3 doesn’t just give lip service or wear sneakers with WSSU — he’s got skin in the game. During the 2011 NBA lockout he brought an entire NBA All-Star squad worth of players— including LeBron James, Kevin Durant and Steph Curry— into the C.E. Gaines Center. Not only did the players put on a show that won’t soon be forgotten, Paul and his family donated to the school.

And it wasn’t the last time he would reach in his pockets. The Chris Paul Foundation donated $50k to WSSU’s athletic fundraising efforts in April 2019. Later that summer Paul’s foundation sponsored a Go Hoop Day event at WSSU’s student activity center.

No mistake about it, no matter where he played his college ball, Paul is what they call Ramily at 601 S. Martin Luther King, Dr.