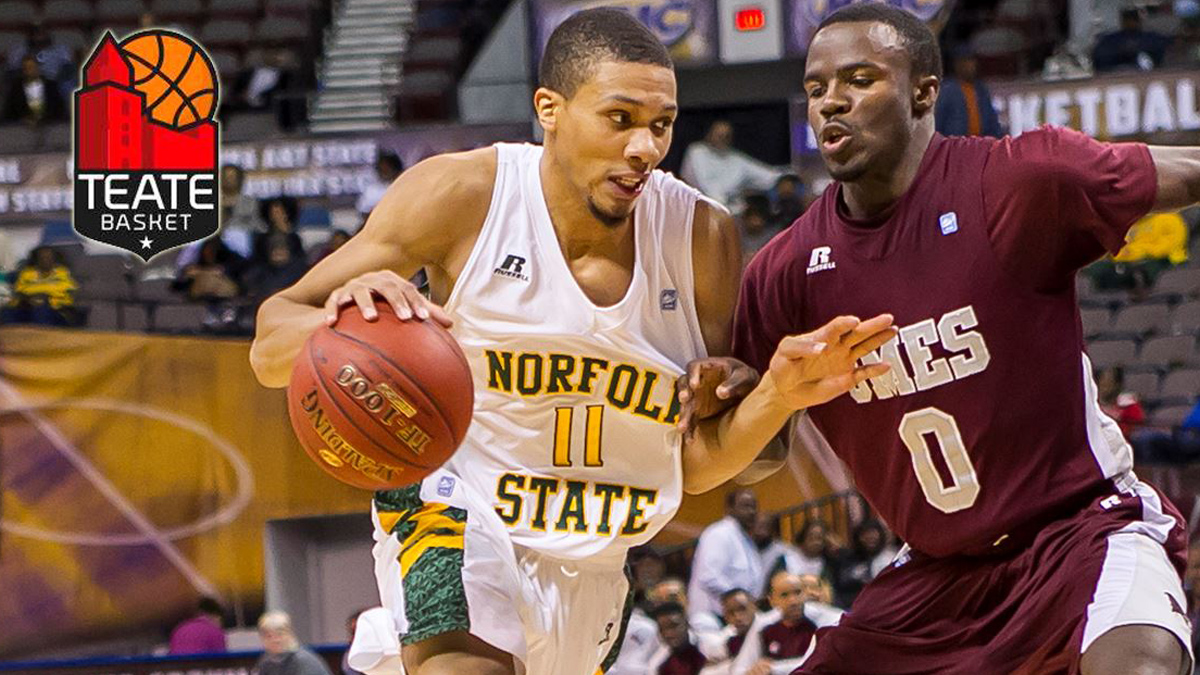 Norfolk State has more than a dozen pro basketball players spread all over the world.

NORFOLK, Va. – One of more than a dozen former Norfolk State men’s basketball players who competed professionally last year, guard Pendarvis Williams will continue his career this upcoming season in Italy. He recently signed with Teate Basket Chiete of the third-tier level Serie B Basket league.

Williams will return to Italy, where he played for two teams over three seasons early on in his professional career. He has also played in Germany and France and had a stint with the Maine Red Claws of the NBA G League since finishing his time at Norfolk State in 2014.

Most recently, Williams competed for J.A. Vichy-Clermont Métropole of the Pro B league in France in 2019-20, the second-tier level league in the country. He averaged 12.8 points, 3.7 rebounds, 2.1 assists and 1.9 steals per game. He spent the previous season with BG Göttingen in Germany’s Basketball Bundesliga in 2018-19.

He also played two non-consecutive seasons with Fortitudo Agrigento and one season with Obiettivo Lavoro Bologna, both in Italy. Obiettivo competes at the highest level in Italian basketball.

The 2013 MEAC Player of the Year, Williams was a three-time All-MEAC performer with the Spartans and helped lead them to the 2012 MEAC title. He scored 20 points as a sophomore that year in NSU’s upset of No. 2 seed Missouri in the NCAA Tournament. He was a two-time all-state player and earned AP Honorable Mention as a senior in 2014.

Only three other former NSU players who finished their careers before Williams were still active last year in the professional ranks. One of those three players is Kyle O’Quinn, who is in the midst of his eighth season in the NBA, his first with the Philadelphia 76ers.

Williams and O’Quinn were two of a total of 15 former NSU players who competed professionally at some point during the 2019-20 season. Below is the rest of the list of players and were they competed, with stats if available. Numerous players joined Williams in Europe.