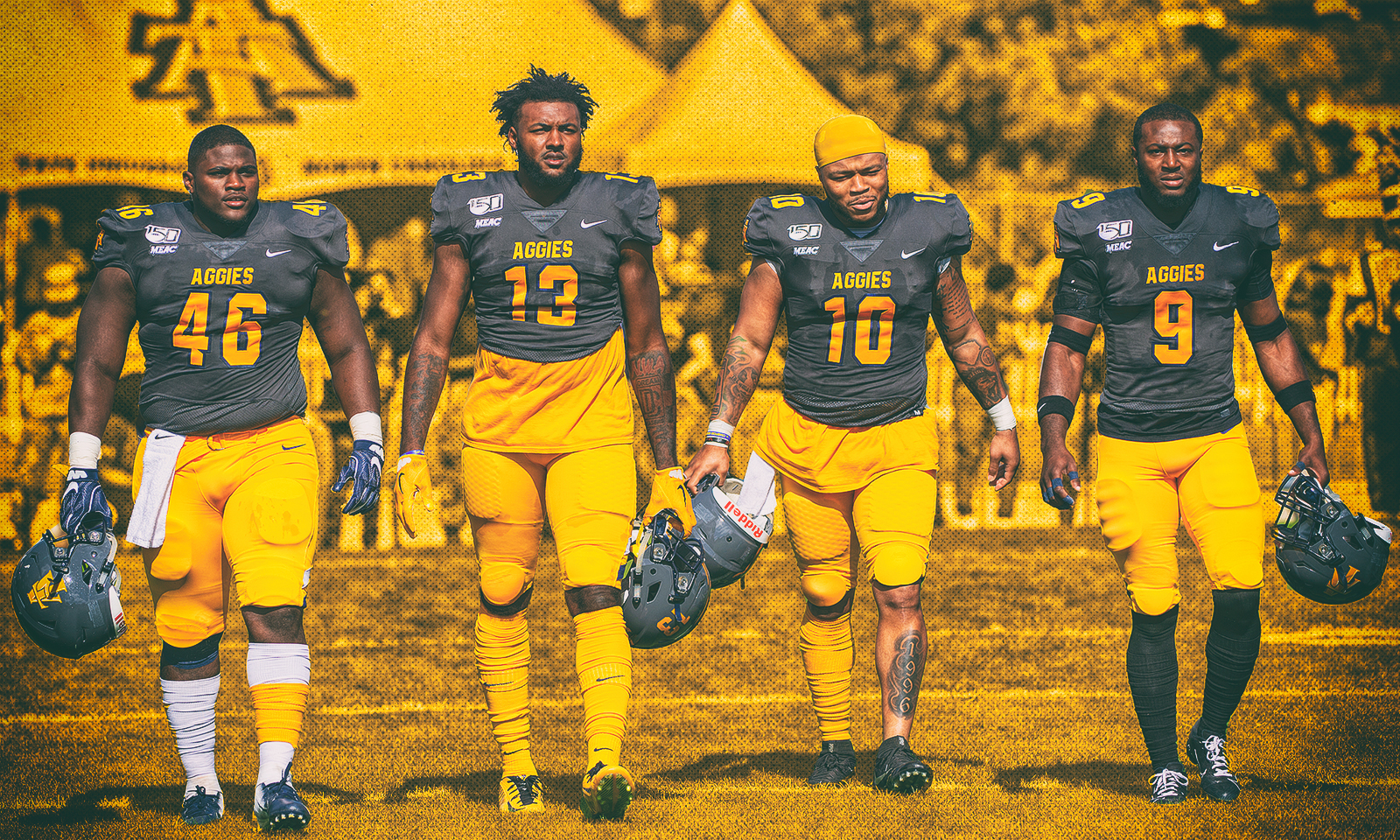 A&T football to sit out as MEAC ponders spring ball

The MEAC hasn’t laid out a plan for spring football, but leaving the option open shuts down NCAT’s talks with the Big South.

The Big South and North Carolina A&T are seeing a lot of each other, but the MEAC still has its name on the proverbial deed.

The current MEAC member and future Big South school had conversations about competing this fall. A&T, as well as Robert Morris, discussed filling in games for Big South schools sitting out– Hampton and Monmouth. But A&T will not be a part of the equation until next fall.

Big South Commissioner Kyle Kallander revealed that the conference had discussions about A&T helping fill out its 2020 football schedule. While Robert Morris moved forward, A&T will not.

“We had brief conversations with A&T about doing the same thing, but with the MEAC still looking at the possibility of a spring season…they’re not able to,” Kallander said.

Sources tell HBCU Gameday that discussions were ongoing through the weekend before the MEAC stepped in stating that spring football was on the table.

“That’s completely understandable, ” Kallander said. “That would have been something that we would have been interested in. But respect what they need to do with their current conference.”

A&T must wait on MEAC

The MEAC postponed fall sports earlier this month due to the COVID-19 pandemic. The conference stated on July 16th that a decision “had yet to be made” to play fall sports in the spring semester of 2021.

HBCU Gameday has reached out to the MEAC for comment regarding spring 2020 football plans. The SWAC released a progressive plan for playing football this spring. A source tells us A&T was adequately prepared to play football this season. Four student-athletes tested positive for COVID-19 earlier this month in East Greensboro.

A&T announced in February that it would be leaving the MEAC to join the Big South. The switch from the MEAC will be the end of a relationship that dates back to the founding of the conference. That move becomes official on July 1, 2021— the same day Florida A&M and Bethune-Cookman move to the SWAC.

It looks like this 50-year marriage will end with NCAT sleeping on the couch on its way out of the house.

A&T football to sit out as MEAC ponders spring ball