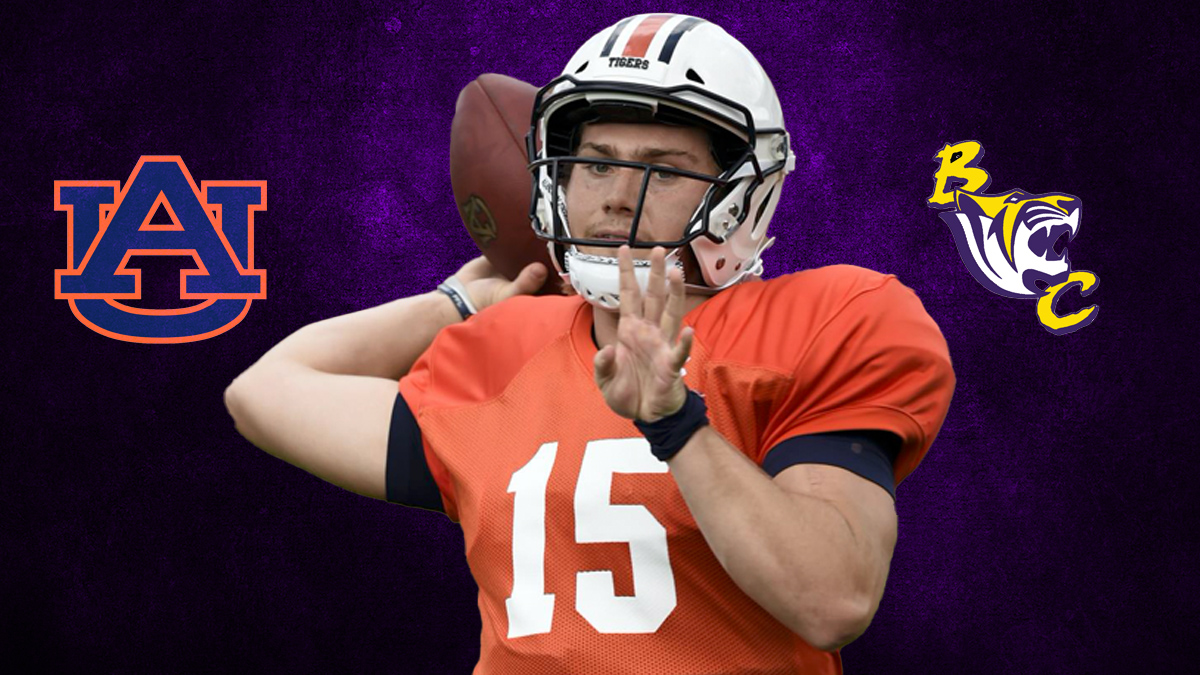 Former Auburn quarterback Wil Appleton will be taking his talents from the SEC to the SIAC.

Auburn took in one of HBCU football’s top quarterbacks, but it is losing one to an HBCU program this year.

Former Auburn quarterback Wil Appleton has decided to take his talents from the SEC to the SIAC. He has committed to Benedict College as a graduate transfer.

“My experience at Auburn has been amazing and unforgettable, and it has prepared me for this next chapter in my life,” Wil Appleton wrote on July 6. “I would like to say thank you to all the coaches that recruited and helped me along the way. That being said, I am happy to announce that this fall I will continue to play at Benedict College in Columbia, South Carolina.

The 5’11 quarterback redshirted in 2017 at Auburn, and spent the past two seasons as a backup. He only appeared in one game, completing both of his passes against Samford last season.

While he wasn’t seeing much game action, he hit the books heavy and was named to the SEC academic honor roll. He graduated in Dec. 2019, then took his time finding the right fit. Appleton has aspirations of coaching when his playing days are done.

“I’d like to get into coaching,” he said in an Auburn profile from 2019. “Whether that’s a graduate assistant job or taking the high school route. Ultimately, I want to end up in college coaching, but we will see what opportunities open up.”

Former Howard University quarterback Caylin Newton committed to Auburn this spring, though he is expected to play receiver.

He joins a Benedict program that will be under new leadership whenever play resumes. Former Southern University offensive coordinator Chennis Berry is the new head man in charge. He’s already brought in over 30 new players and just added another.