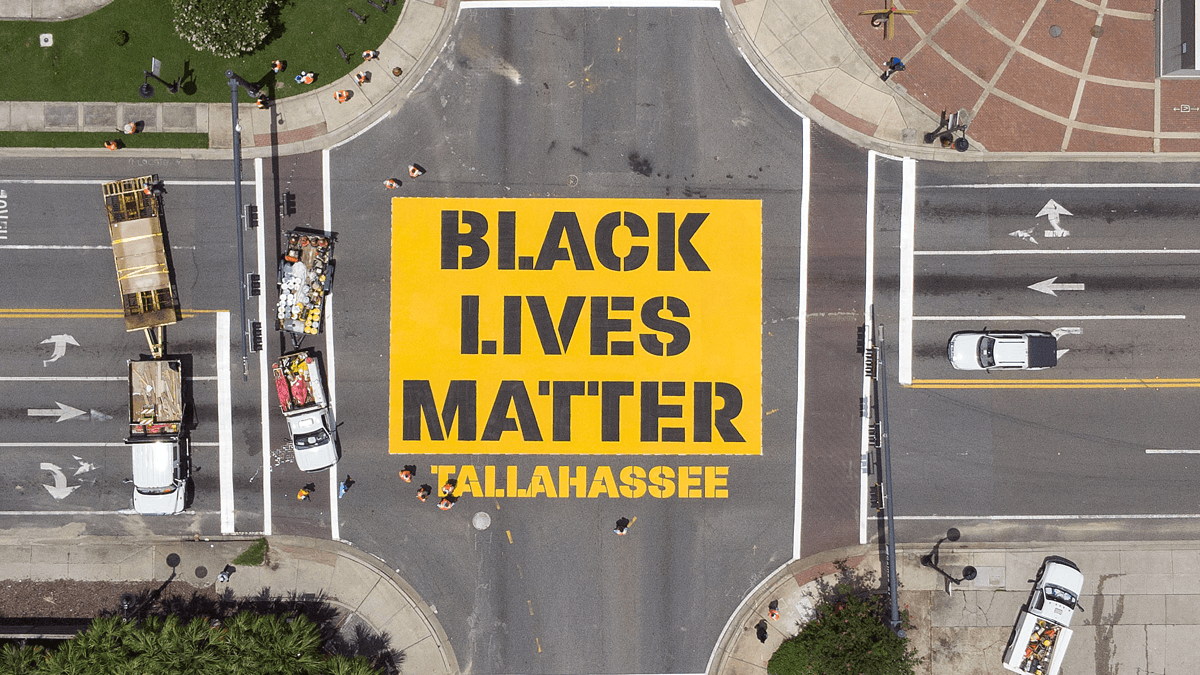 On Wednesday the city of Tallahassee unveiled a street mural in support of the Black Lives Matter movement. The mural encompasses an intersection that is one of the closest points to both Florida A&M and Florida State University. Visitors can find the mural painted at the intersection of Gaines Street and Railroad Avenue.

Many are not aware that the two campuses are only about a quarter of a mile apart.  FAMU’s Bragg Memorial Stadium sits less than two miles from FSU’s Bobby Bowden Field at Doak Campbell Stadium.

The profound statement by the city was developed to solidify the city’s position on the systemic racism and untimely deaths of blacks that had been claimed for years; but with the advent of cell phone cameras, it was finally witnessed in the most undeniable manner in the public execution of George Floyd.

“It is important for our residents to hear their elected officials say unequivocally that Black Lives Matter,” said Mayor John Dailey.

“But we know that words must be supported by action and that is why we remain committed to doing the hard work and providing the necessary funding to ensure that we are building a better Tallahassee for everyone, especially those who have borne the burden of historic and systemic racism.”