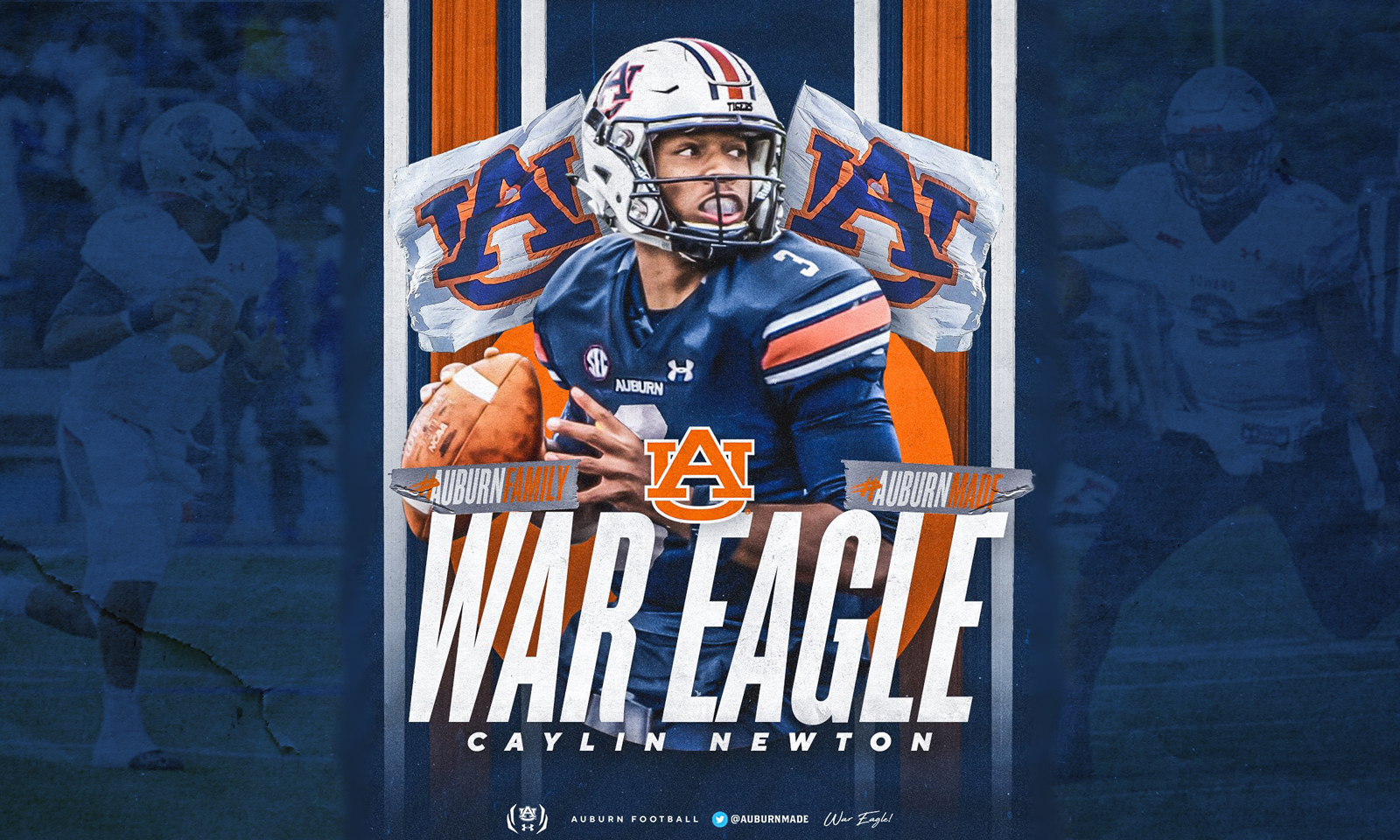 Caylin Newton has made his transfer from Howard official, he’s headed to Auburn University. The former Bison quarterback will join the team that helped catapult his older brother Cam Newton into one of the most famous football players in the world.

Newton has been quiet about his intentions since announcing he would transfer from Howard in October of 2019. He broke that silence on Friday when he made the announcement on social media.

The Tigers football team is already at the 85 scholarship limit so it appears that Newton will have to be a walk-on for the Tigers. One could reasonably assume that paying for tuition won’t be a hurdle for the Newtons.

A shot at Quarterback

Auburn has three returning quarterbacks on the roster, two sophomores and a freshman. Sources tell HBCU Gameday that Newton will be competing for a spot at quarterback.

If one were to read the “tea leaves” Newton does appear to be leaving his options open. He has posted videos this spring of him working out and running routes as a receiver. But he certainly has the option to workout as he pleases.

Newton was on his way to a stellar career at Howard after being named the MEAC rookie of the year in 2017 and the Offensive Player of the Year in 2018. But the arrival of head coach Ron Prince for Newton’s junior season was the beginning of the end. Prince only lasted one season after several complaints from players and their parents. After three straight losses to open this past season Newton announced his decision to redshirt and eventually transfer.

He passed for 2,629 yards and 22 touchdowns in his last complete season at Howard. Fans will remember his first-ever game for the Bison, a stunning upset of UNLV that was billed as the biggest upset in college football history.

The SEC and Auburn announced that players can report back to school for voluntary in-person athletic activities beginning on June 8.