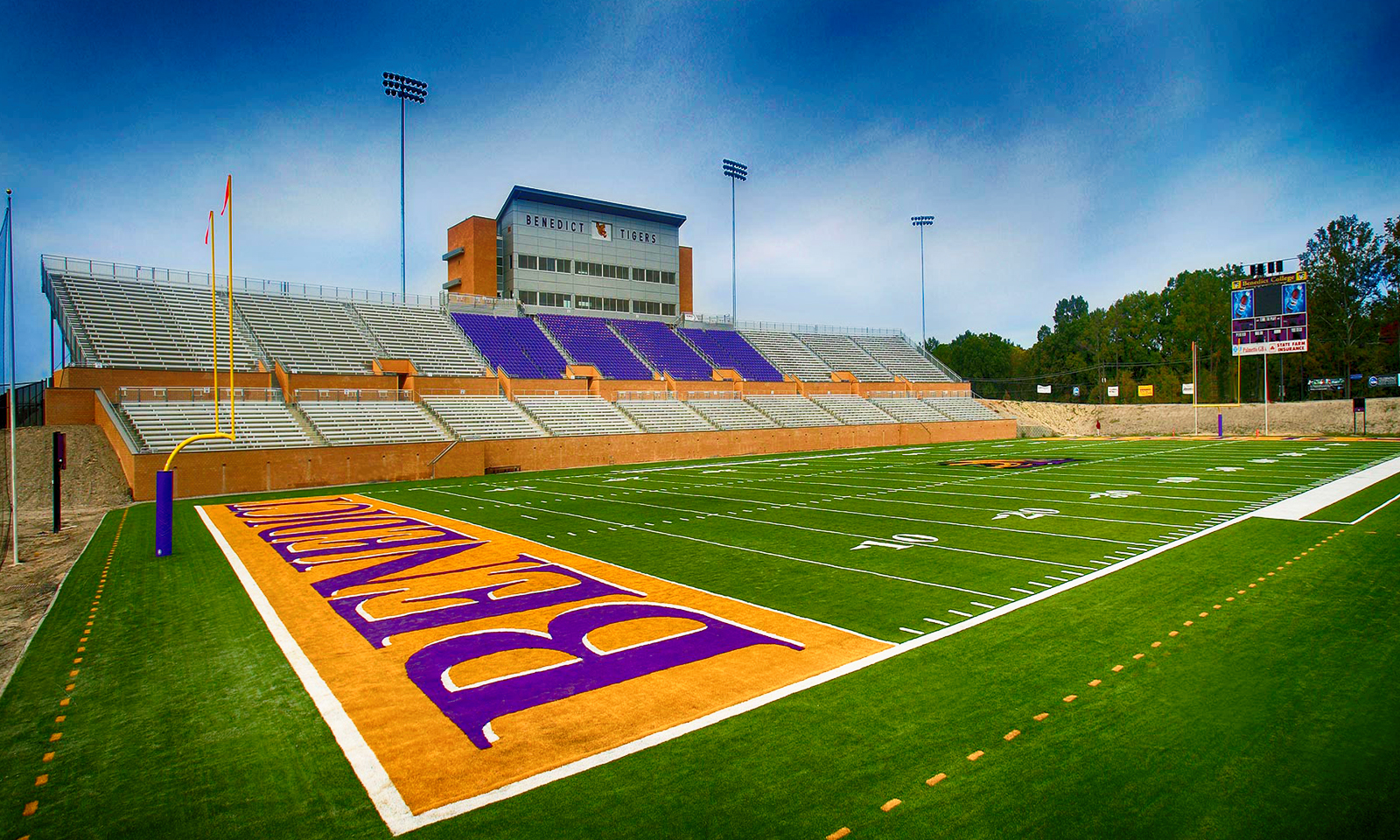 Benedict football coach staying positive despite no games in fall

First-year Benedict coach Chennis Berry was “heartbroken” with the news there would be no football in the fall. Since Berry arrived in Columbia in February, he used his infectious personality and unbridled energy to breathe life into the program. Now that momentum will be halted temporarily.

The Southern Intercollegiate Athletic Conference, which Benedict is a member of, announced Thursday the cancellation of its fall sports because of the coronavirus pandemic. The SIAC is a Division II conference made up of historically-black colleges mainly in the Southeast.

Benedict has been a member of the conference since 1932.

Berry met with his players on the roster on Thursday night and tried to answer their questions the best he could while keeping a positive attitude.

The Tigers had their 31 signees in Berry’s first recruiting class and picked up a commitment from Auburn grad transfer Wilson Appleton earlier this week.

“There was so much positive trajectory going as far as our players, administration and campus community. Our guys were chomping at the bit,” Berry said on Zoom call on Friday with reporters. “But I know for a fact we made the right decision. I met with my guys last night. They want to play but they understand the scope of the nation and understand what is going on with COVID-19. The health and well-being of staff, coaches and everyone at the university is most important. They were positive. We will be ready to rock and roll when they tell us to.”

Players were scheduled to report to campus on July 29 but that might be moved to August. As of now, Benedict is planning on in-person and virtual learning in the fall.

Benedict athletic director Willie Washington didn’t rule out the possibility of the Tigers playing football in the spring but said it is too early to tell at this point.

Berry and Washington said the school will honor the football players’ and other fall athletes’ scholarships There are 100 players currently on the roster and Division II allows for 36 scholarships to be spread out among the players. The players also are eligible for pell grants or loans.

Berry said another concern from his players was their eligibility if there isn’t football in the spring. He said he wasn’t sure how the NCAA will handle that. When spring sports were canceled, the NCAA ruled Division I and Division II athletes would be given another year of eligibility.

The financial ramifications for no football are unclear. Benedict, like most Division II programs, doesn’t generate the revenue like Division I schools. Last year, Benedict averaged 5,024 fans at its four home games. Benedict Sports Information Director Dennis Swizter said there has been no cutbacks or layoffs at this point within the athletic department.

As for Berry he plans to encourage his players and use the fall to continue to build the program for which he has hopes for in the future.

“Adversity in life is going to happen. It is what you do when adversity hits, it is the true testament of who you are,” he said. “Our guys are thoroughly immersed in true Tiger spirit. Those guys are bought in.”

Benedict football coach staying positive despite no games in fall