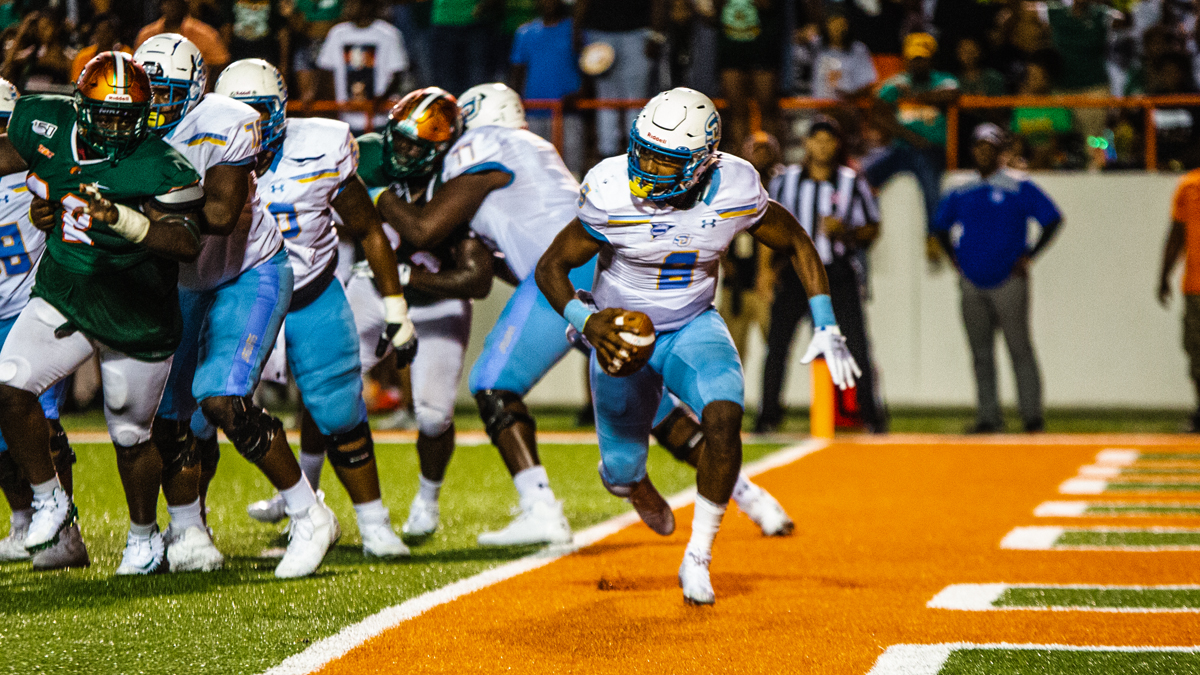 While we don’t know what COVID-19’s full impact will be on the 2020 college football season, the pandemic has already altered several highly anticipated and lucrative HBCU football games.

Tennessee State, Jackson State and Southern University have had two games each canceled, according to the New York Times. That includes the highly-anticipated Southern-FAMU rematch as well as the Southern Heritage Classic.

FAMU and Southern were set to meet at AW Mumford Stadium on Sept. 12 in the second game of a home-and-home the two programs agreed to back in 2018. Last season’s game in Tallahassee was played in front of record non-homecoming crowd of better than 27,000 fans as FAMU held off Southern 27-21. The 2020 game was expected to be another big money maker.

Southern’s Sept. 5th season opener against Tennessee State has been canceled as well, per the report. That game, the Detroit Classic, would be the second classic game called off for TSU. Both teams were scheduled to make $400k each.

The cancelation of TSU’s matchup against longtime rival Jackson State in the Southern Heritage Classic was officially called off on Wednesday. The loss of both classic games would result in $750k of guaranteed money lost for the Nashville HBCU.

JSU’s season opener against Langston University has been shelved as well. The NAIA has pushed back the start of its season for two weeks, meaning the Sept. 5 date won’t happen this year.

COVID-19 has wreaked havoc on the world and, of course, killed more than 110,000 people in the United States alone. Obviously the loss of a few football games pales in comparison, but the games impacted were not only culturally important, they were extremely financially lucrative. Six-figure paydays, even for the largest programs in HBCU football, aren’t easy to come by.

But clearly, that shows the severity and seriousness of what we are dealing with. At some point, we will be on the other side of it. The question is, how will things look going forward?